A councillor called for a crackdown on fly-posting, stickers and graffiti on the seafront at a meeting this afternoon (Tuesday 22 June). 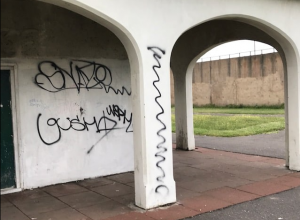 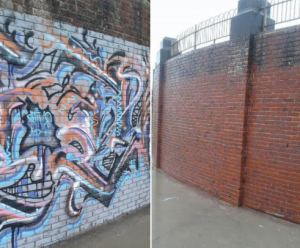 Conservative councillor Robert Nemeth said that he was “primarily concerned with the state of Hove seafront but my comments could just as easily apply to any central area in the city”.

The Greens, who run Brighton and Hove City Council, backed a motion proposed by Councillor Nemeth – as did Labour – but they want an official report to be prepared. Among other things, it would spell out the costs.

Councillor Nemeth said that fly-posting, stickers and graffiti were part of “a wider problem of a lack of care for the environment and a lack of respect for public property”.

He said: “The graffiti is something that I have raised many times previously.”

Councillor Nemeth said that his motion “is not about the rubbish on the ground but instead the rubbish that is stuck on to bins, bike stands, lamp posts, railings, road signs, beach signage, seafront shelters and many other publicly owned items”.

At Hove Town Hall, he told a meeting of the council’s Environment, Transport and Sustainability Committee: “Stickers and posters include adverts, political and other slogans and attempts at art – some excellent and some awful.

“Regardless of the quality though, it all adds to a rundown feel and a message that public property is worthless – something that we would all protest at, I’m sure.

“Just in walking here today, I noticed hundreds of items in place. A scrub is required, which is ultimately what I am asking for – no flash equipment is needed.

“And, on that point, I will be getting my owns handy dirty once again in Boundary Road later this week to remove graffiti and stickers.

“I think it can be done easily, and should start on Hove seafront where anti-social behaviour has become the norm. The police are now doing their bit. The council must follow.”

Labour councillor Gary Wilkinson supported the motion and wanted any action to cover a wider area. He said: “As a council, we have a responsibility to take a lead in the city.”

Green councillor Amy Heley, who chairs the committee, agreed but said that the request would probably involve significant spending. Under the council’s rules, she said, this would require a report outlining measures, including costs. 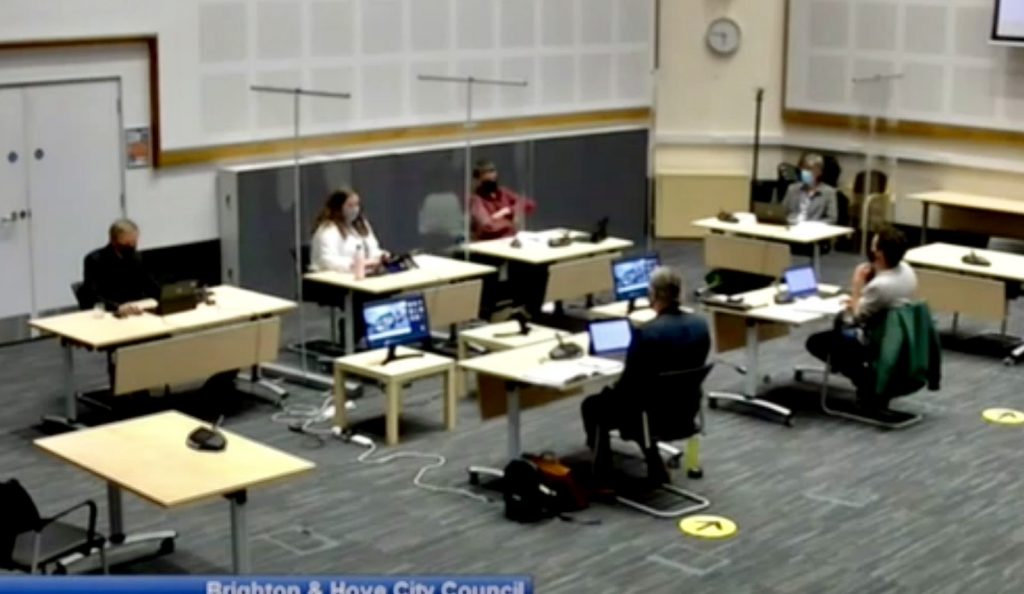 Just three members and a handful of officials took part in the council’s Environment, Transport and Sustainability Committee meeting in the chamber of Hove Town Hall to ensure that covid social distancing rules were observed

The committee – made up just the three councillors today so that coronavirus social distancing rules could be observed – agreed that a report should be prepared.

Councillor Nemeth had previously won approval from a council committee to make low-cost graffiti wipes available – a move which has since apparently been dropped.

He spoke about a “freedom of information” battle to find out more about “a decision that was taken by officers to override councillor wishes to assist residents in tackling seafront graffiti through giving out free graffiti wipes”.