A man who raped an 18-year-old woman on the beach at Brighton after befriending her at a nearby club has been given a nine-year prison sentence. 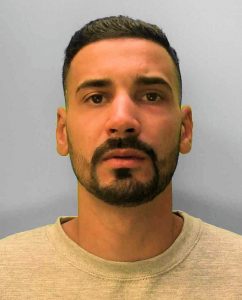 He will also be a registered sex offender indefinitely.

Police were called to King’s Road Arches at 4.30am on Saturday 7 September 2019 after Ben Ali had been restrained by door staff from a nearby night club.

They intervened after seeing him assaulting the woman on the beach.

The victim was taken to hospital and was supported by specialist officers.

Detective Constable Tom Perry, of the Brighton and Hove Safeguarding Investigations Unit, said: “The four door staff, who were commended in court at the end of the trial by Judge Janet Waddicor, spotted what was happening, restrained Ben Ali and called police.

“Ben Ali had met the woman in the club shortly beforehand and she had gone with him to the adjacent beach area where he assaulted her.

“Fortunately, alert door staff took action and now Ben Ali, who had taken advantage of her vulnerability, has faced justice.”