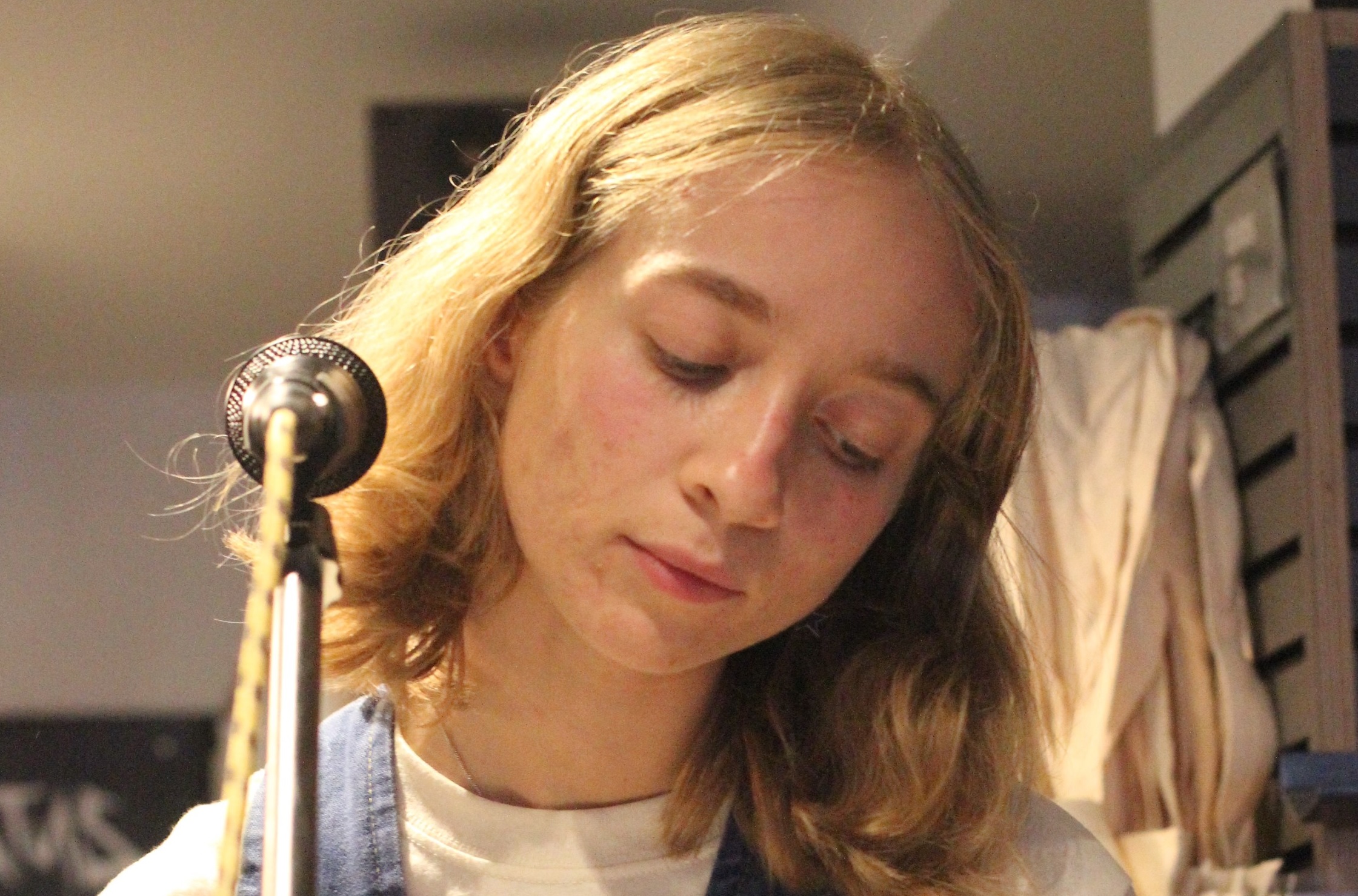 Hampshire trio Drug Store Romeos are on a four day/six date stripped back tour of renowned record shops in order to promote their new critically acclaimed debut album ‘The World Within Our Bedrooms’ on Fiction Records.

They started on the 9th August in Southampton and then onto Bournemouth, before travelling to Southsea and Brighton the following day. Then heading north to Nottingham, before concluding in Bristol. The Brighton appearance was at the excellent Resident record shop, which is also referred to as Resident music and Resident Brighton. The independent store is located in the heart of North Laine at 27-28 Kensington Gardens, BN1 4AL. 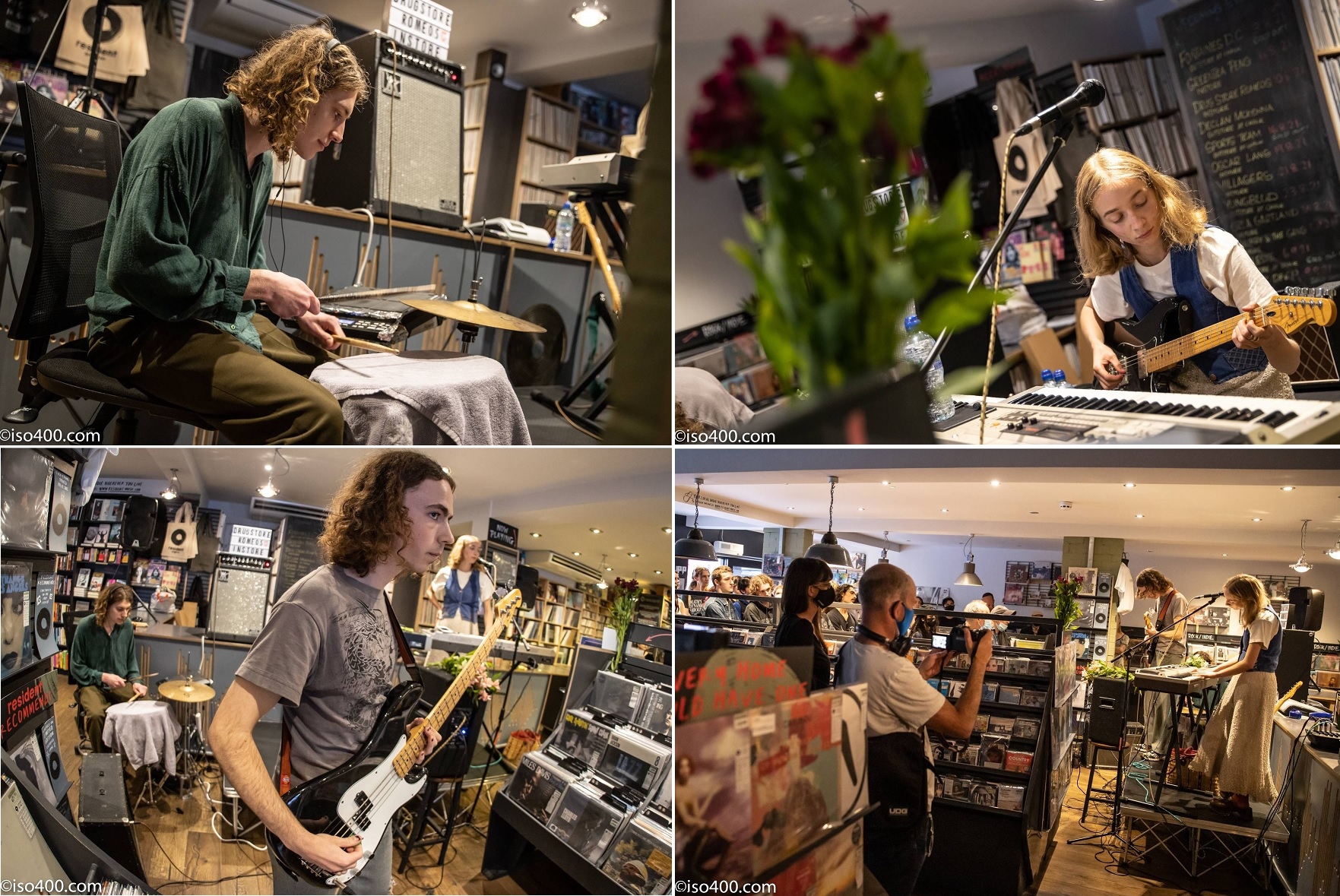 Drug Store Romeos formed at college in nearby Farnborough when childhood friends Jonny and Charlie pinned an ad about finding a bassist for their new band to the school’s notice board – Sarah replied and quickly proved herself a better vocalist than either of them. Sharing affections for Suburban Lawns and Tom Tom Club, Drug Store Romeos cut their teeth playing live at college, Guildford Boiler Room and Aldershot West End Centre, rather than the familiarly trodden paths in London – although they did frequent the city as often as three times a week at one point; carrying all of their equipment back to Fleet by train as none of the band were old enough to drive.

While the band have since moved to London, by the time they came to record ‘The World Within Our Bedrooms’, all three members were keen to hold onto that wide-eyed energy for as long as possible. Those 3am walks home from Fleet station, with amps and flight cases slung over their shoulders, would become a rite of passage; the quiet countryside influencing their hushed atmospheric sound and nocturnal leanings, the tight bonds formed back home buoying their hypnotic and delicate blend of dream pop and synth-led explorations.

Having built an identity away from the London music scene in the otherworldly and isolated suburbs of Hampshire, Drug Store Romeos have emerged from their cocoon with a purpose, a direction and a fresh lease of life. With their beloved Stereolab, Broadcast, and Mild High Club acting as guiding lights, the band sought to shake things up and push beyond the walls of their bedroom. 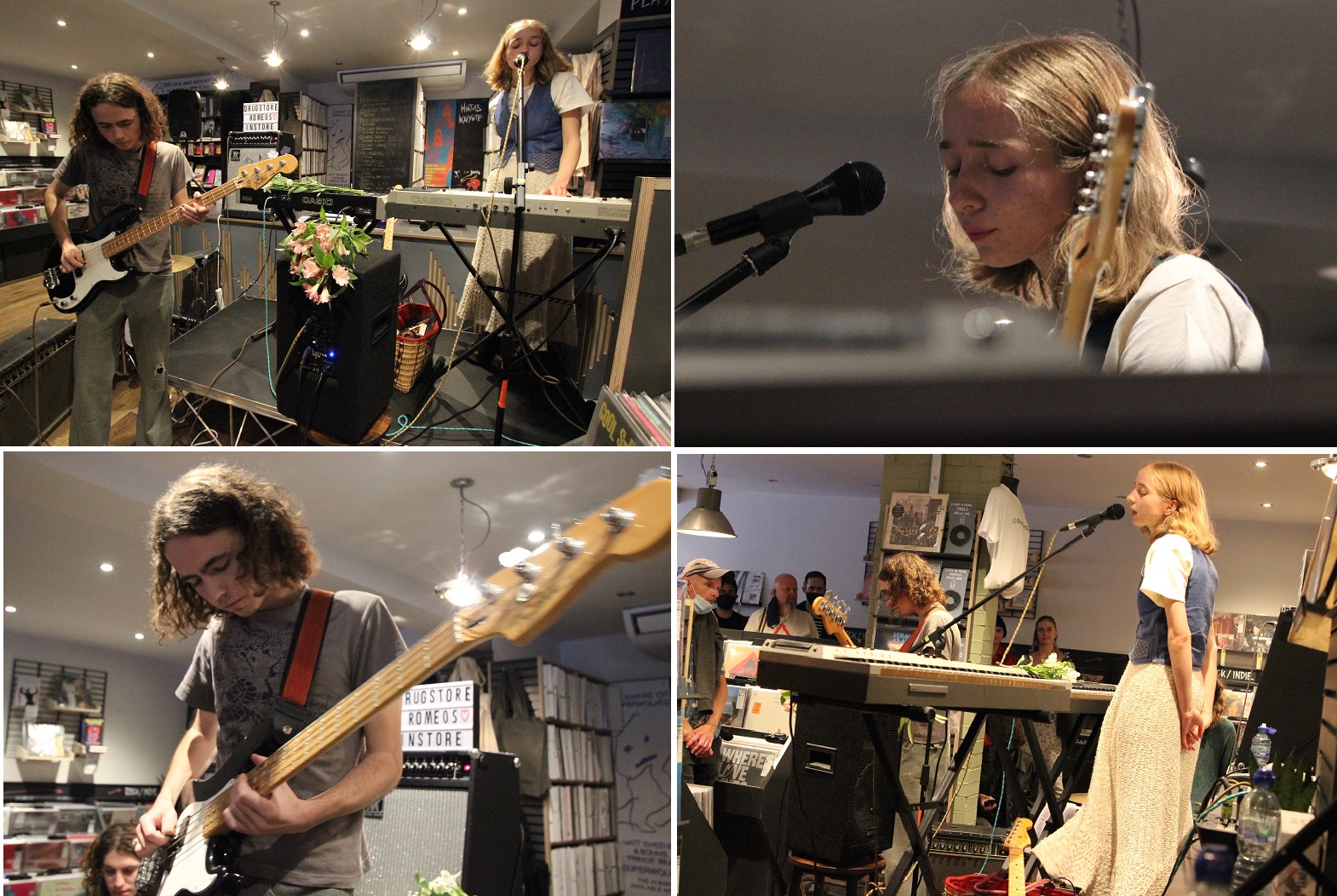 The album has been the subject of glowing praise from the likes of NME (4*) The Line Of Best Fit (8/10), Dork (4*), and more. It was recorded at London’s Eastcote Studios with regular producer George Murphy, ‘The World Within Our Bedrooms’ is a testament to youth and adventure; an escape from mundanity and proof that art will always open a door for those looking to escape. The band explain: “The album is a journey of emotions and colour schemes. A lot of bands have a consistent emotion across their whole album but we wanted to reflect the ever changing nature of someone’s mental state over a period of time. We always wanted to create our own world, and as a three we have this force field around us.”

According to the band, the fifteen track double vinyl album ‘The World Within Our Bedrooms’ is “the brainchild of 4/5 years together exploring our sound and growing into our shoes. Whilst the majority have been written in the last year, we’ve honoured our roots and included some songs that now feel like family to us. The piece takes you on a journey of colour and space and light and day from dancing to jiving to bopping and swaying. We’ve always believed our music belongs at it’s best in an album”.

Today, it’s the turn of the discerning Brighton music punters (and a little dog called Ruth) as Sarah (vocals, guitar and Casio keys), Jonny (‘quiet’ drums, Roland SPD trigger pad and Casio keys) and Charlie (bass and guitar) take to the makeshift stage in front of the Resident sales counter.

At 6:16pm the young band begin their seven tune stripped back set, consisting of six choice tracks from the new album, plus their enjoyable 2020 single ‘Quotations For Locations’. They opened with ‘What’s On Your Mind‘ which was delivered peacefully and relatively quietly, as they probably didn’t wish to disturb the shop’s neighbours. This was well received and was swiftly followed by ‘Secret Plan’ which highlighted Sarah’s sweet vocals. 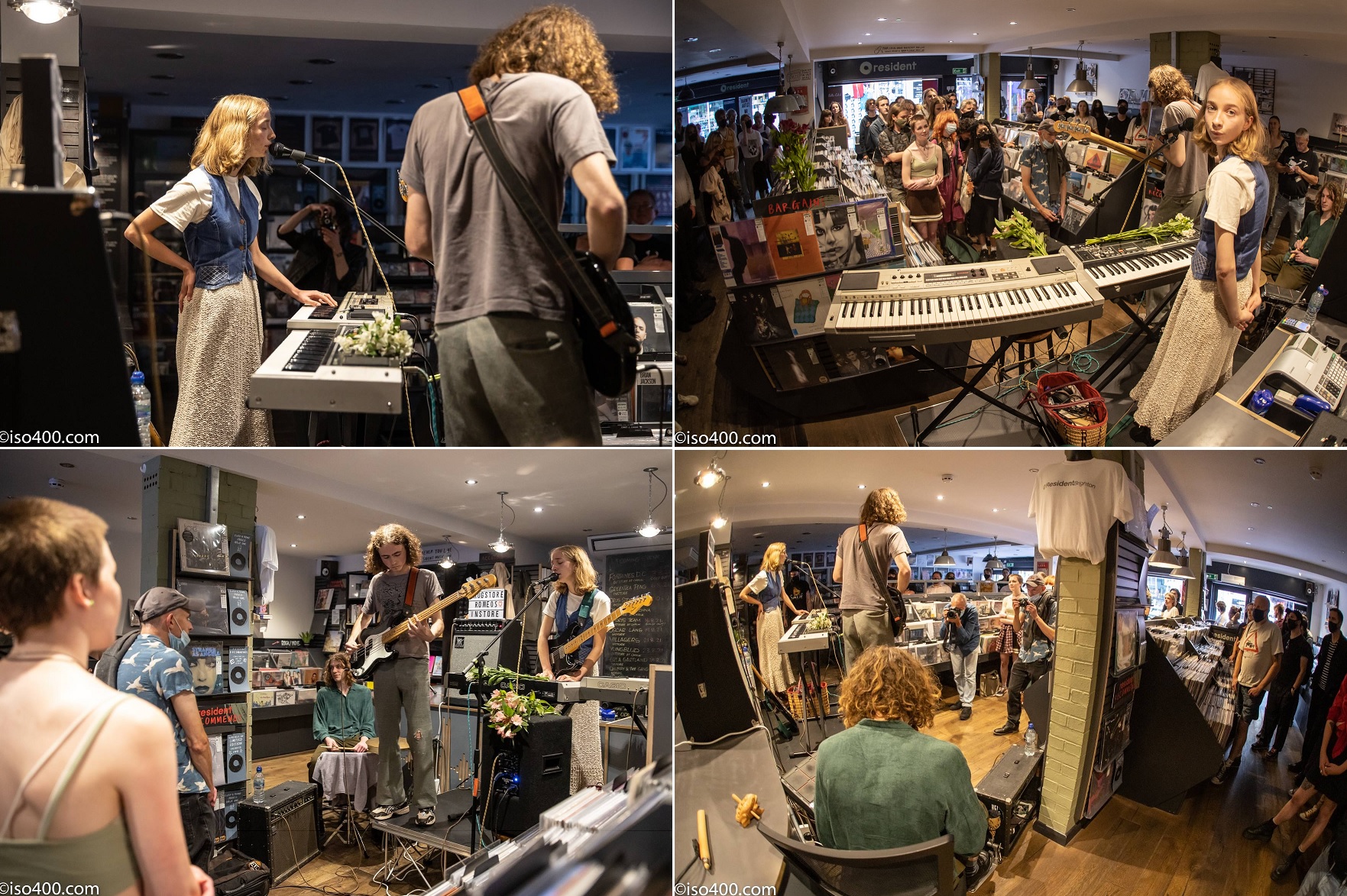 Next up was ‘Walking Talking Marathon’, which saw Jonny on a sliding whistle and little wooden frog instead of drums. On this one, Sarah’s vocals reminded me of Australian singer Noosha Fox from 1970’s band Fox, as well as American avant-garde artist, composer and musician Laurie Anderson.

The penultimate number was another sweet pop melody in the form of ‘Feedback Loop’ which featured rather nice settings from the Roland SPD trigger pad.

There was a slight delay as Charlie was having to retune his bass guitar via a couple of phone apps – technology eh? Got there in the end. The final quietly spoken number arrived in the form of ‘Adult Glamour’ and by 6:48pm they concluded their 32 minute set. 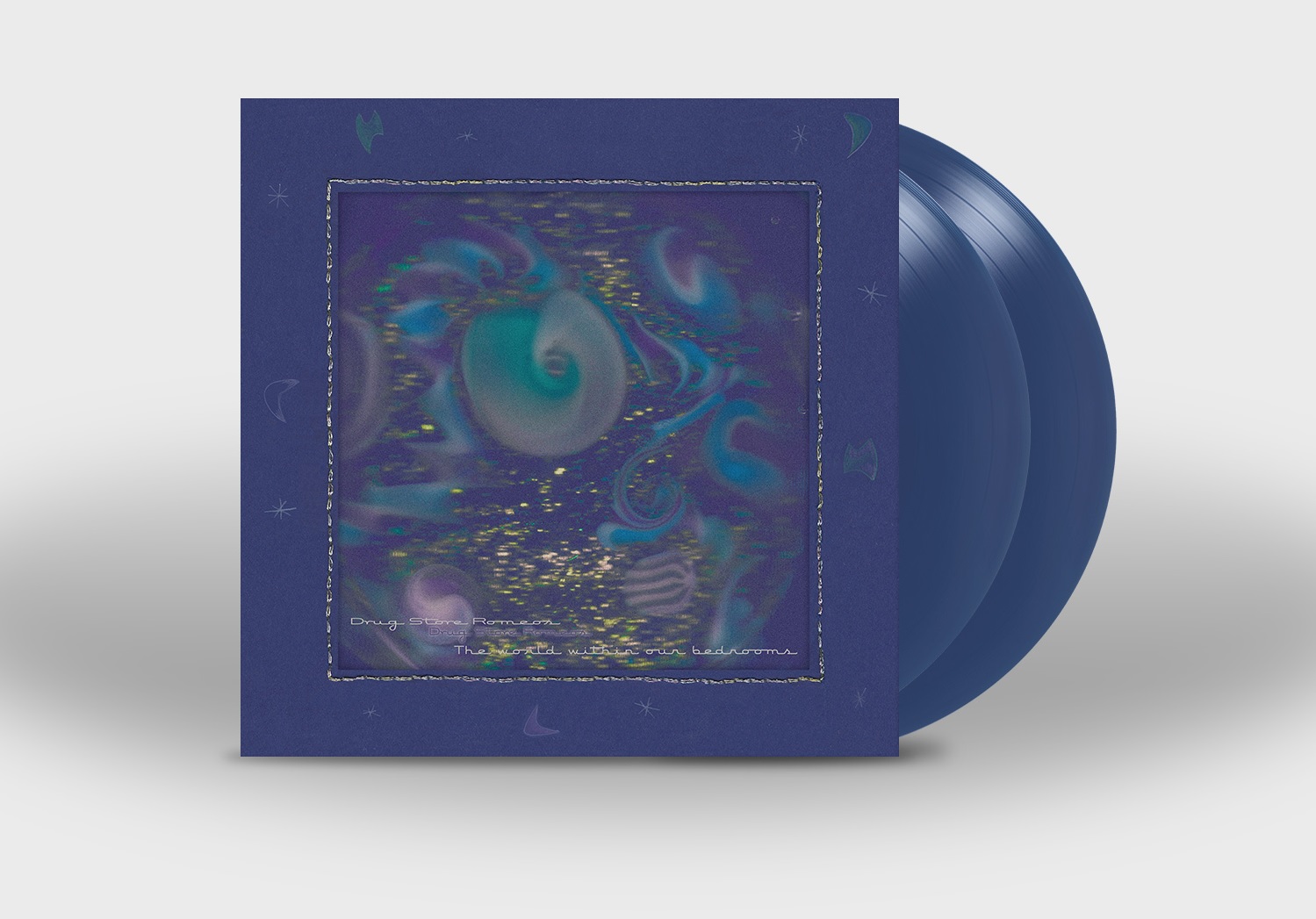 ‘The World Within Our Bedrooms’ Limited Edition Velvet Blue LP

Check out the various purchase options for ‘The World Within Our Bedrooms’ HERE. 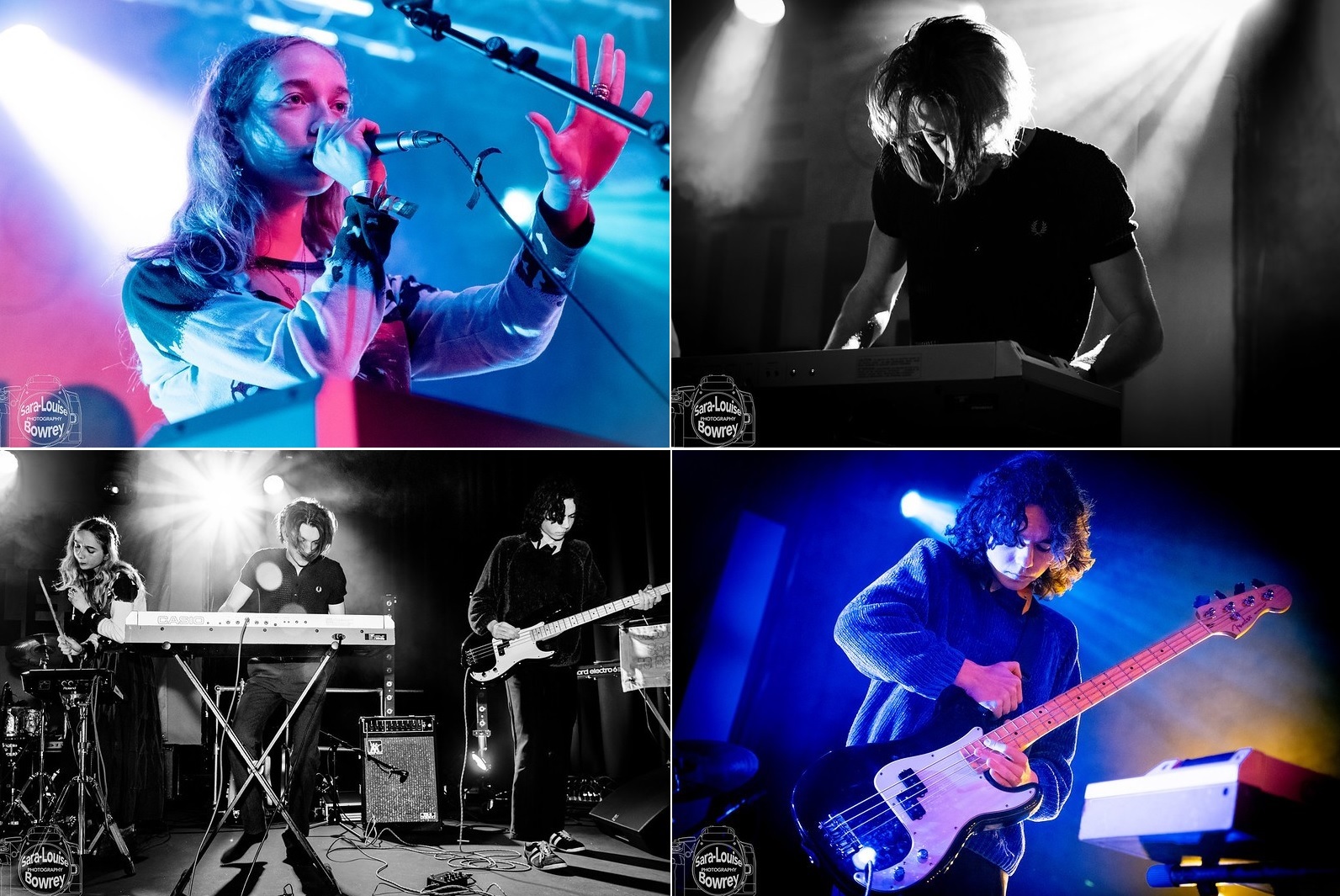 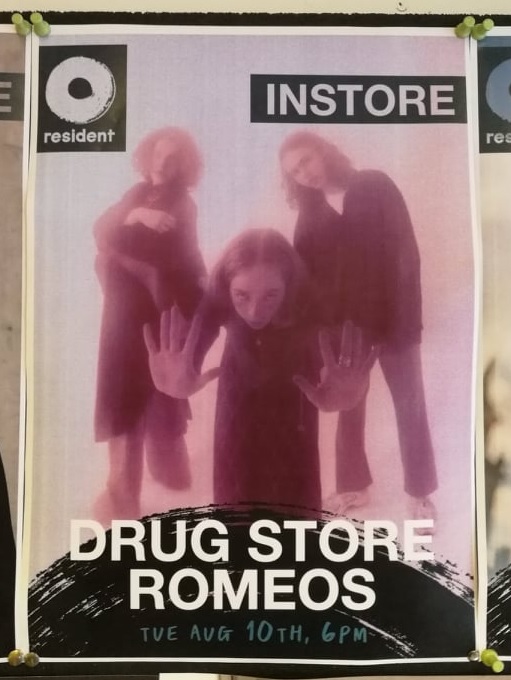 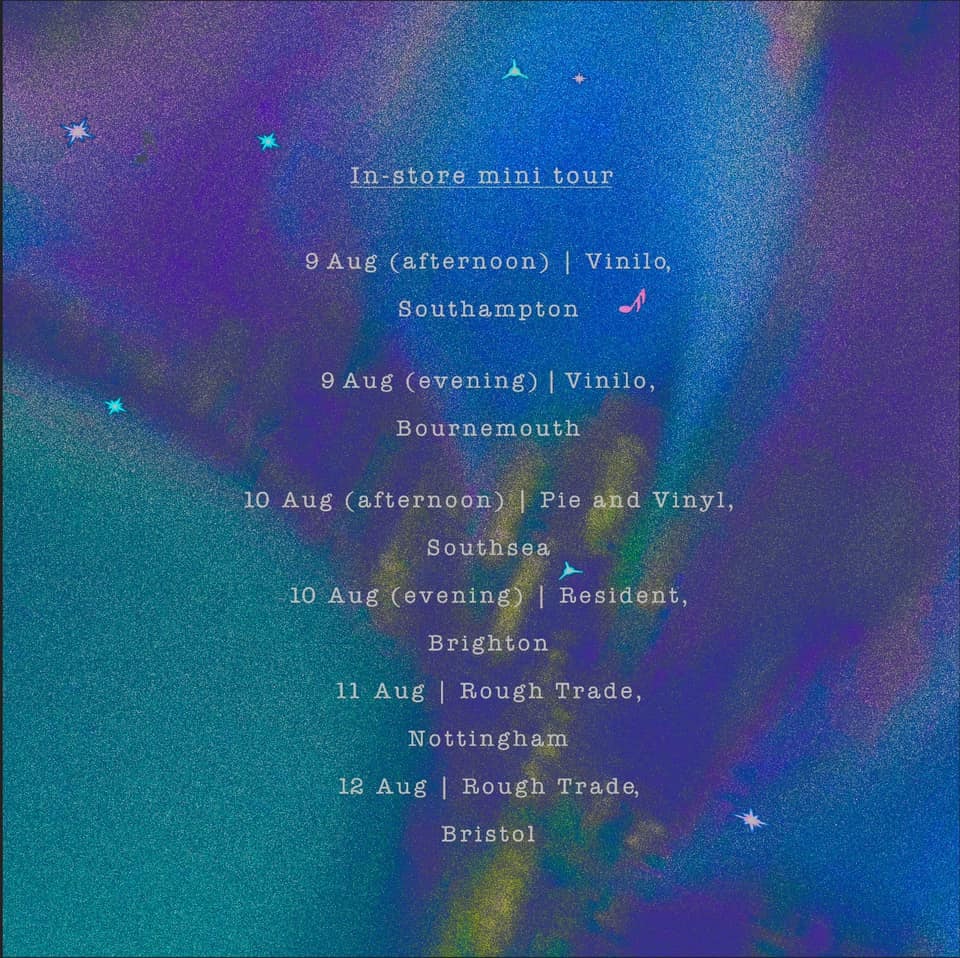