A suspected burglar from Brighton was caught by members of the public as he ran from a house. 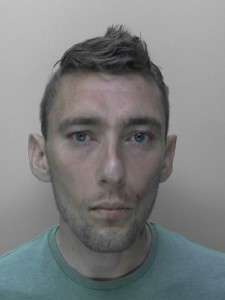 Anthony Bowles, 40, has been charged and appeared in court, Sussex Police said this afternoon (Monday 6 September).

Bowles, formerly of Preston Road, Brighton, has been charged with burgling a house in Lewes and causing criminal damage.

The force said: “Officers were called shortly after 2pm on Thursday (2 September) by a resident in Morris Road who suspected someone was breaking in to a nearby property.

“A man was seen running from the address and was detained by members of the public until police arrived.

“Officers attended and recovered a quantity of watches and jewellery, believed to have been stolen from the house in Morris Road.

“Anthony Bowles, 40, unemployed and no fixed address, was arrested and charged with burglary dwelling with intent to steal and criminal damage.

“He appeared before Brighton Magistrates’ Court on Saturday (4 September) and will next appear at Crown Court on Friday 1 October.”