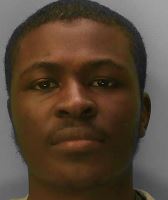 A drug dealer who used a 14-year-old girl as a courier to transport drugs from London to Brighton has been jailed.

Michael Ajanaku was caught after the teenager was spotted trying to avoid a metal detection arch at Brighton Station in September 2019.

As British Transport Police and Sussex Police officers spoke to the girl, Ajanaku called her phone – and when an officer told him they were at the station, he said he would come there.

Ajanaku arrived at the railway station and approached station staff asking them about a friend’s phone that he was told was at that location. Plain-clothed officers overheard this and arrested him.

Downloads of Ajanaku’s two phones were examined and analysed alongside information retrieved from the young girl’s phone. This provided sufficient evidence for Ajanaku to be charged with being concerned in the supply of heroin and crack cocaine.

There was also evidence of his contact with the 14-year-old girl on the day she was found in possession of the drugs, including eight phone calls between the two.

Ajanaku, of HMP Rochester, Medway, pleaded not guilty to two counts of being concerned in the supply of Class A drugs at Lewes Crown Court on 29 March 2021.

On Tuesday 31 August 2021, a jury returned guilty verdicts for both offences and a judge sentenced him to eight years in prison for each, to be served concurrently.

The court heard that he was on license when he was arrested, only one month after his release for a similar offence committed in Kent.

No charges were brought in the case of the 14-year-old girl and she was subsequently safeguarded by social services.

Investigating officer in the case, Detective Constable Andy Humes, said: “This was an unusual case given the lack of tangible evidence against Ajanaku.

“The court were told he was not found in possession of any controlled substances, and that there were no messages on his phones that explicitly linked him to the young girl or being concerned in the supply of Class A drugs.

“However, by analysing the girl’s phone and its data, alongside that of Ajanaku’s phones, the prosecution was able to show the court that his explanation of events did not ring true.

“This was a great example of teamwork between BTP and Sussex Police, resulting in someone who seeks to exploit vulnerable people ending up behind bars, and those who need safeguarding receiving support.