A wanted man from Brighton has been arrested and brought before a court. 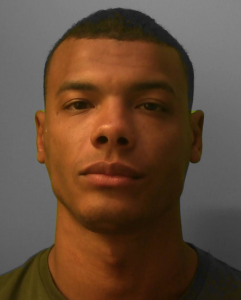 Korrel Kennedy, 28, appeared in court in Crawley earlier this week and was remanded while pre-sentence reports are prepared.

Kennedy, of Carden Avenue, Brighton, was charged with carrying out a violent attack on a woman at the Pier Nine casino on the seafront last month.

His arrest – in Brighton – follows a public appeal for help tracing him which was made last month.

Sussex Police said: “A suspect who was wanted on suspicion of an assault has been traced by officers.

“Korrel Kennedy, 28, of Carden Avenue, Brighton, was charged with assault by beating and appeared before Crawley Magistrates’ Court on Monday (13 September).

“He pleaded guilty to the charge, which relates to an assault on a woman at a venue in Grand Junction Road, Brighton, at 5am on Sunday 15 August.

“The case was adjourned by magistrates to allow for a pre-sentence report to be prepared.

“His next hearing will take place before Brighton Magistrates’ Court on Monday 15 November.”

Kennedy, 28, formerly of Brunswick Place, Hove, and Gladstone Place, Brighton, has been jailed before for violence.

On once occasion, he threatened staff at the Royal Sussex County Hospital with surgical scissors as they tried to treat him.