A pizza parlour has been refused permission to offer late-night deliveries after noise complaints from neighbours. 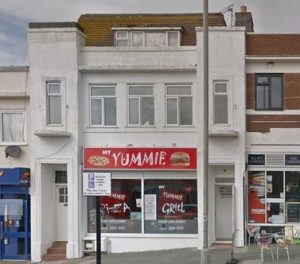 My Yummie Pizza, in Longridge Avenue, Saltdean, can stay open until 11pm each night and offer deliveries until midnight from Sunday to Thursday and until 1am on a Saturday and Sunday morning.

The trading hours are those on the existing premises licence although they end later than Brighton and Hove City Council’s current licensing policy would usually allow for a new business.

At a council licensing panel hearing earlier this month, the owner Khaled Mohamed appealed to councillors to extend his licence to help him make a living.

But 20 people objected to his application to trade until 2am during the week and 3am at weekends for deliveries, citing noise and anti-social behaviour.

The licensing panel, which was made up of three councillors, heard from them at a hearing on Friday 10 September.

Police licensing officer Hannah Staplehurst said that the force had concerns about anti-social behaviour outside the shop and breaches of licensing conditions relating to security cameras.

Councillor Fishleigh shared residents’ views about growing levels of anti-social behaviour in the area. She is planning to hold a meeting with traders to try to tackle the problem.

Mr Mohamed said that most of the complaints were from people who lived more than a mile away and had been whipped up on social media.

The licensing panel said: “His application is not exceptional. He needs support as the business is suffering.

“The panel notes a common thread of noise nuisance and anti-social behaviour running through the residents’ representations.

“The problems are not all associated with the premises … although some are, including delivery drivers blocking the rear path, shouting loudly into the early hours and revving car engines.

“We find the residents’ concerns consistent and credible. Nuisance is associated with the premises operating under their existing trading hours.

“Having reviewed all the evidence, we believe that this variation will only add to the nuisance being experienced in the predominantly residential area.”