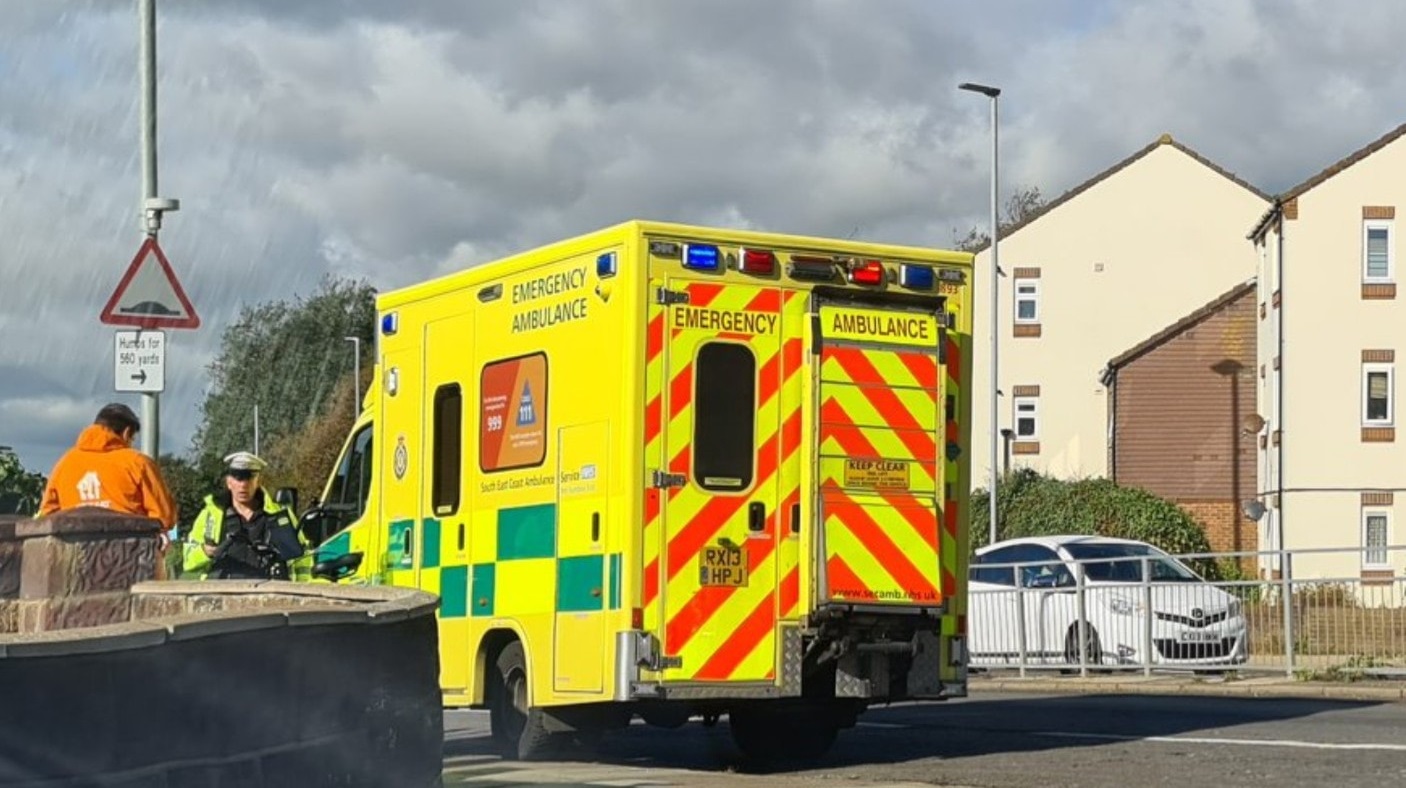 A cyclist injured in a crash on the Old Shoreham Road. Picture by Dominic Forristal

A cyclist has been left with minor injuries after a crash with a car on the Old Shoreham Road this morning.

The cyclist, a Just Eat delivery man, was riding near the junction with Olive Road when the crash happened just before 10am this morning.

An hour later, emergency services were still at the scene.

A cycle lane separated by wands along the Old Shoreham Road was removed last month after Labour and Conservative councillors voted to scrap it following complaints from motorists.

The picture was taken by Dominic Forristal, who said that the rider’s Just Eat colleagues were also at the scene to make sure their colleague was okay.

He said: “My daughter has stopped cycling from Portslade to her school at Cardinal Newman along there because of harassment from drivers.

“As a driver, I haven’t noticed any reduction in journey times.”

A police spokesman said: “Emergency services were called to reports of a car colliding with a cyclist in Old Shoreham Road in Hove at 9.55am on Tuesday (October 6).

“The cyclist was treated for minor injuries by the ambulance service at the junction with Olive Road.”