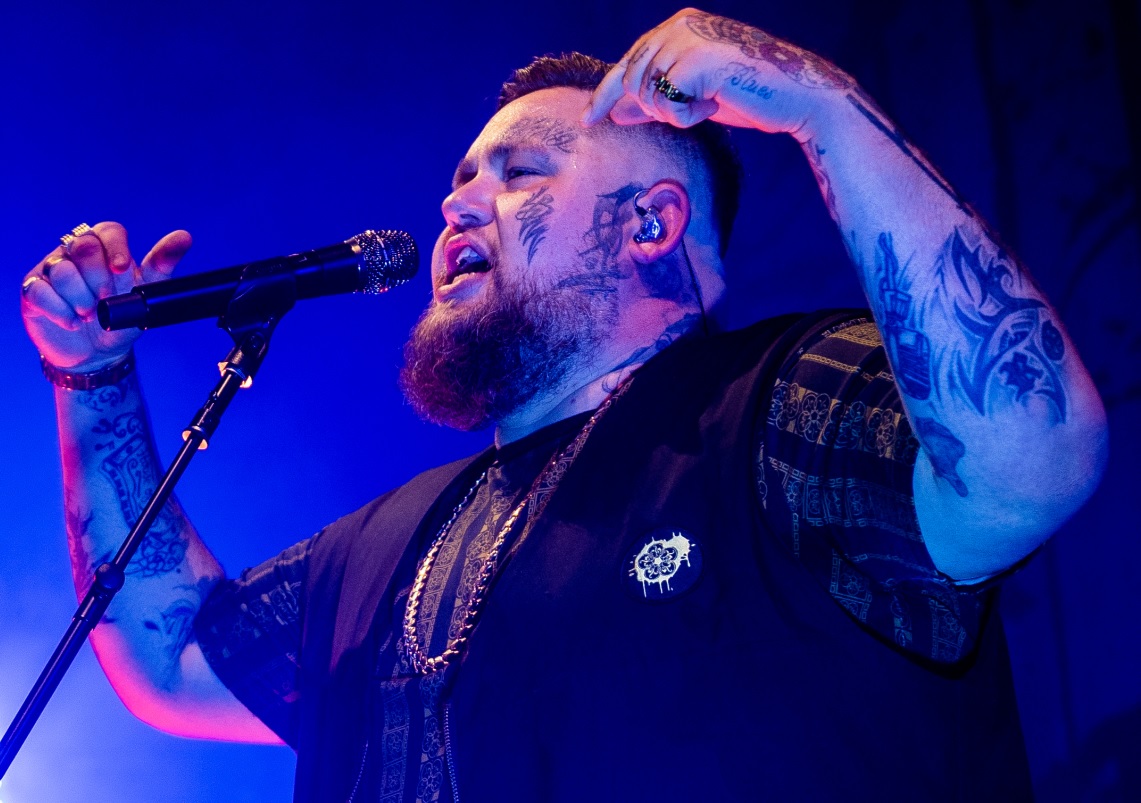 Last Sunday Rag ‘n’ Bone Man kicked off his ‘Life By Misadventure’ tour at the Brighton Centre. Hailing from Uckfield originally, the first leg of his tour started locally. 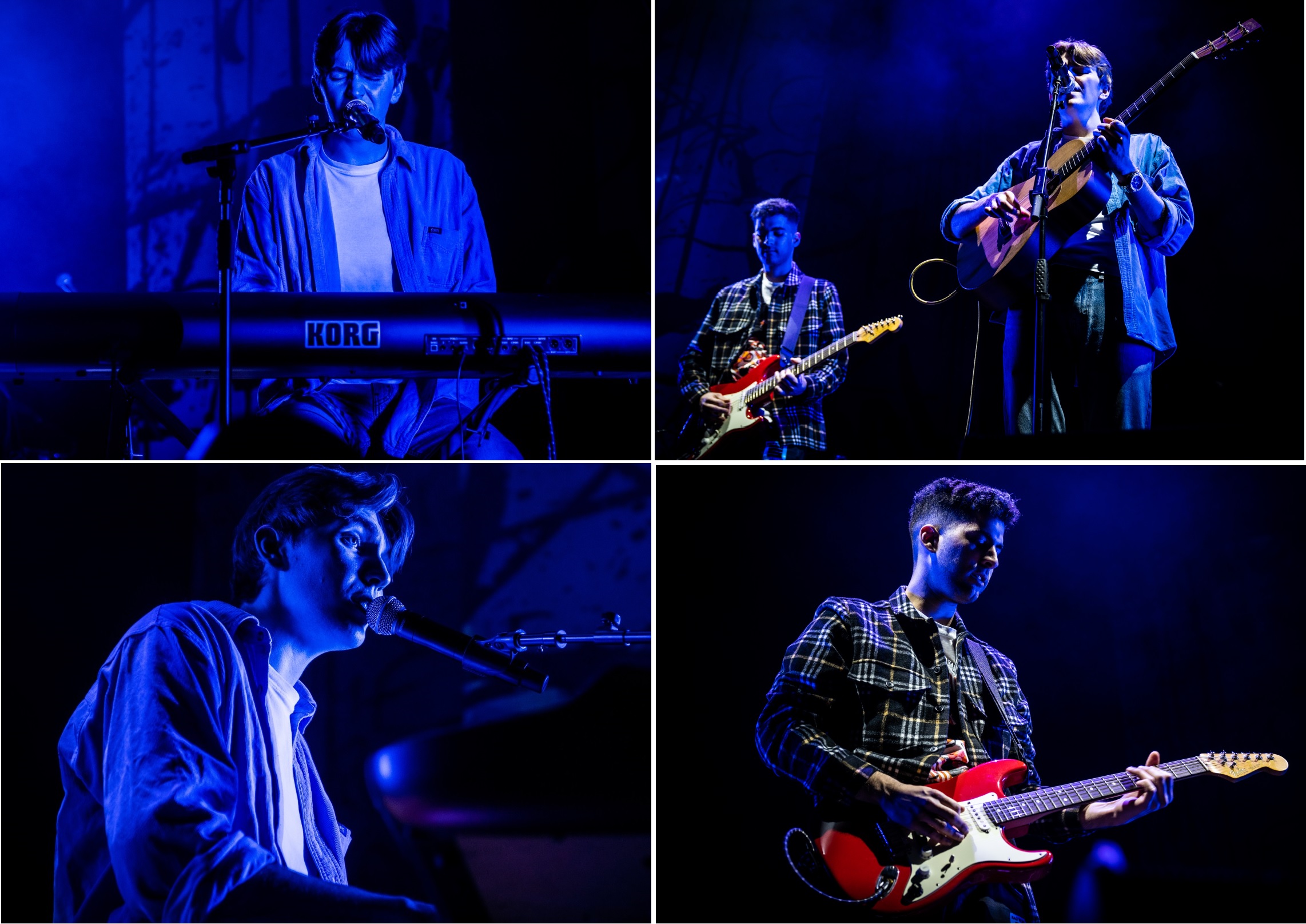 Queues for the venue swivelled around the corner as gig times approached and there was an electric kind of excitement to be felt prior to the gig. At around 8pm, the crowd was ready for the first support act. Max White, describing himself as “#altpop” in an interview with The Lowdown earlier this year, kickstarted the evening with his guitarist friend Johnny, through an intimate, yet impressive, set centered on his 2021 EP ‘Imagine’.

Throughout the set he noted how amazing it was to be playing in the city he used to live in. Max White will be playing The Prince Albert on Tuesday 30th November, so make sure to catch him there by purchasing your tickets HERE or HERE or from your usual ticket agency.

Find out more about Max White, by visiting his ‘linktree’ HERE. 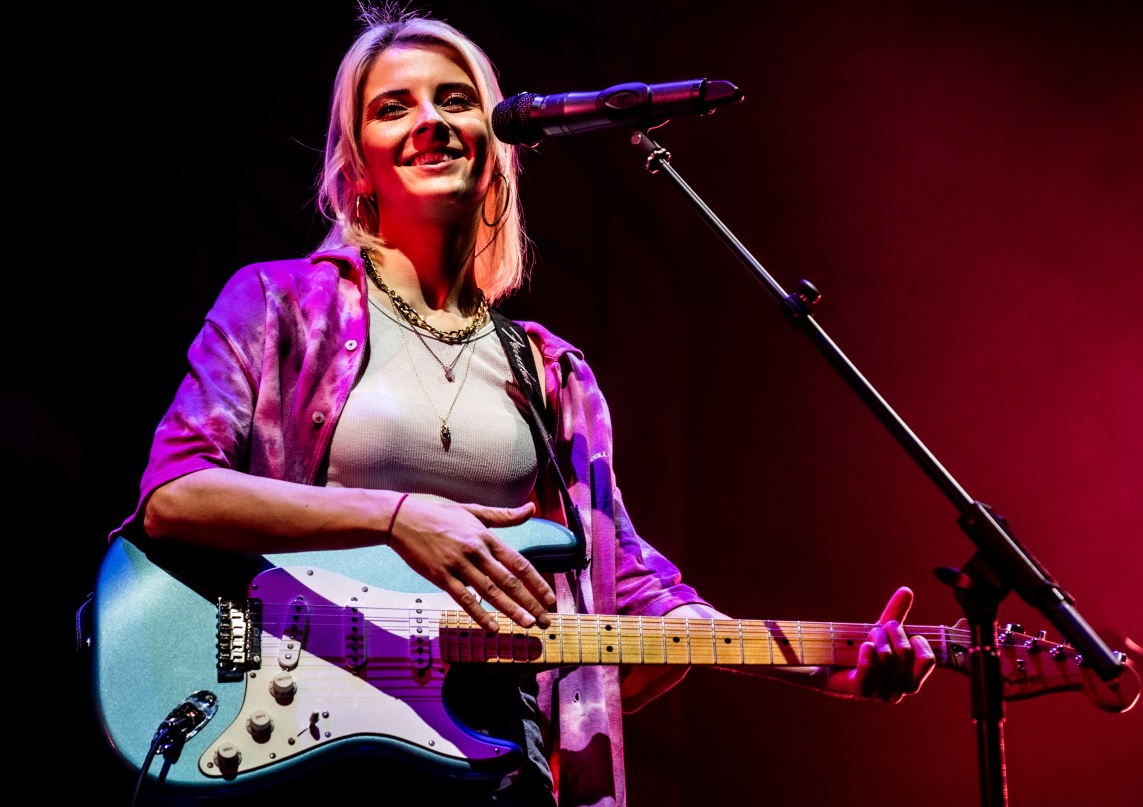 Next up at 8.30pm was Emily Burns, taking to the massive stage with her dreamy sound accompanied by her guitar. She took the audience on a journey through her music, interrupting only to talk about the meaning of her songs. From her latest release ‘I’m So Happy’ to her 2020 EP ‘I Love You, You’re The Worst’, Emily drew the audience into the intimacy and vulnerability of her music with her delicate and moving vocals.

Find out more about Emily by visiting www.emilyburnsmusic.co.uk

Both supports were brilliant preludes to the night to come, progressively exciting the audience just a bit more than they already were. 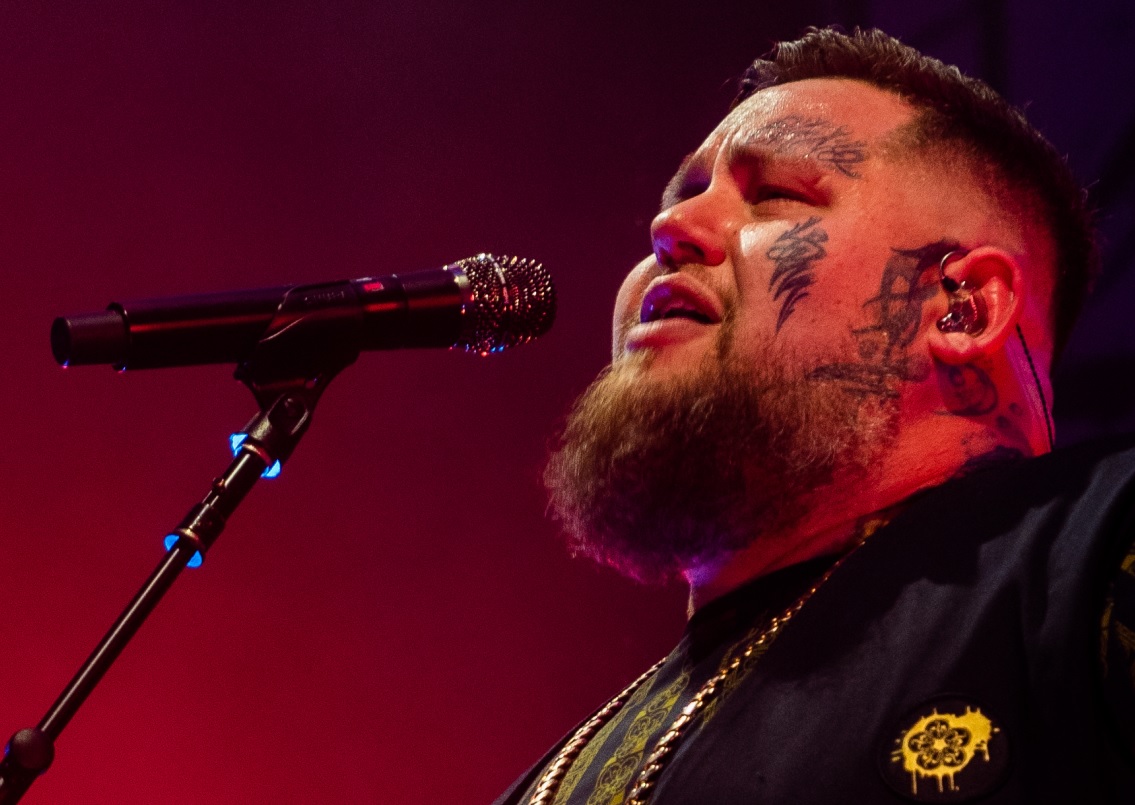 The atmosphere in the venue changed shortly before it was time for the main act, everyone anticipating what they had been waiting for. Just past nine o’clock, the lights dimmed and the band entered the stage – a guitarist, trumpeter, keys and synth players, drums and two vocalists. As Rory James (Rag ‘n’ Bone Man) came to the stage, the audience exploded into excitement and applause. It became instantly clear what a massive stage presence Rag ‘n’ Bone Man has with his vocal performance thriving through the acoustics of the venue. 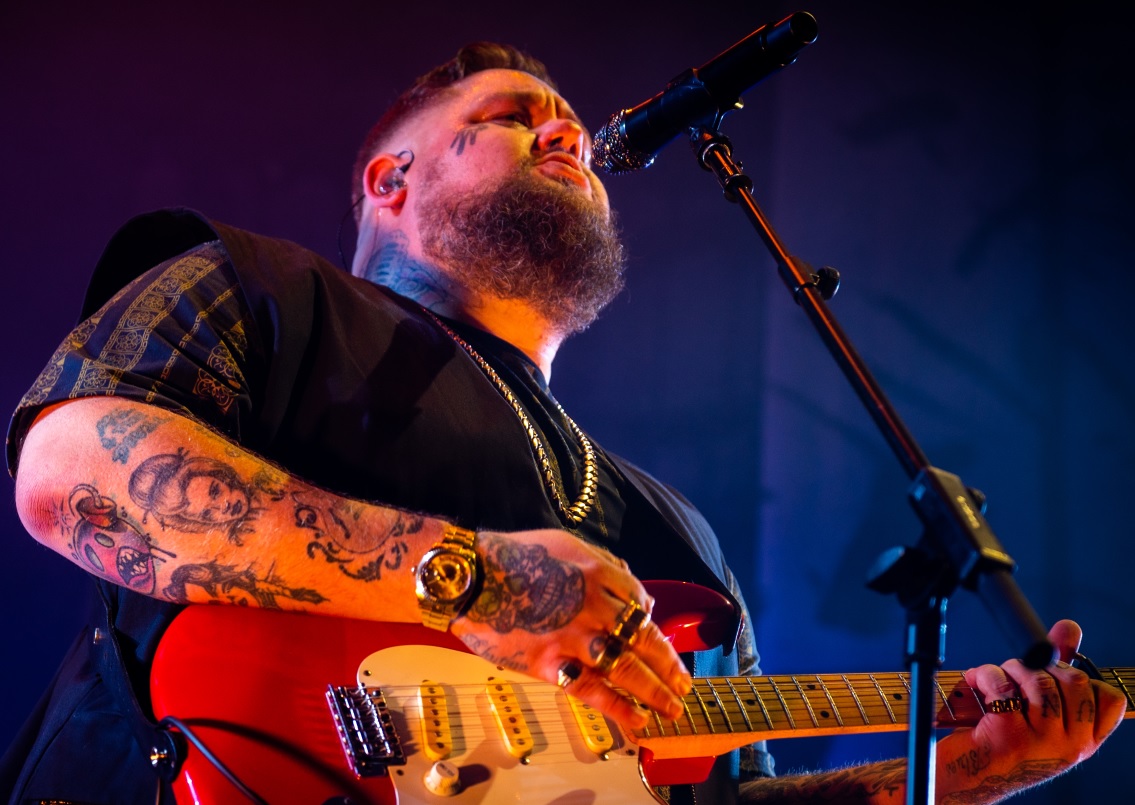 After the first two songs, he told the audience how happy he was to be performing in Brighton, promising that yes, he will play ‘Human’ at some point during the set, subsequently asking how we were all doing and who in the audience was from Brighton (a lot of hands shot up). In response to asking who was from his hometown Uckfield, he notes those were way too many hands for a town as small. 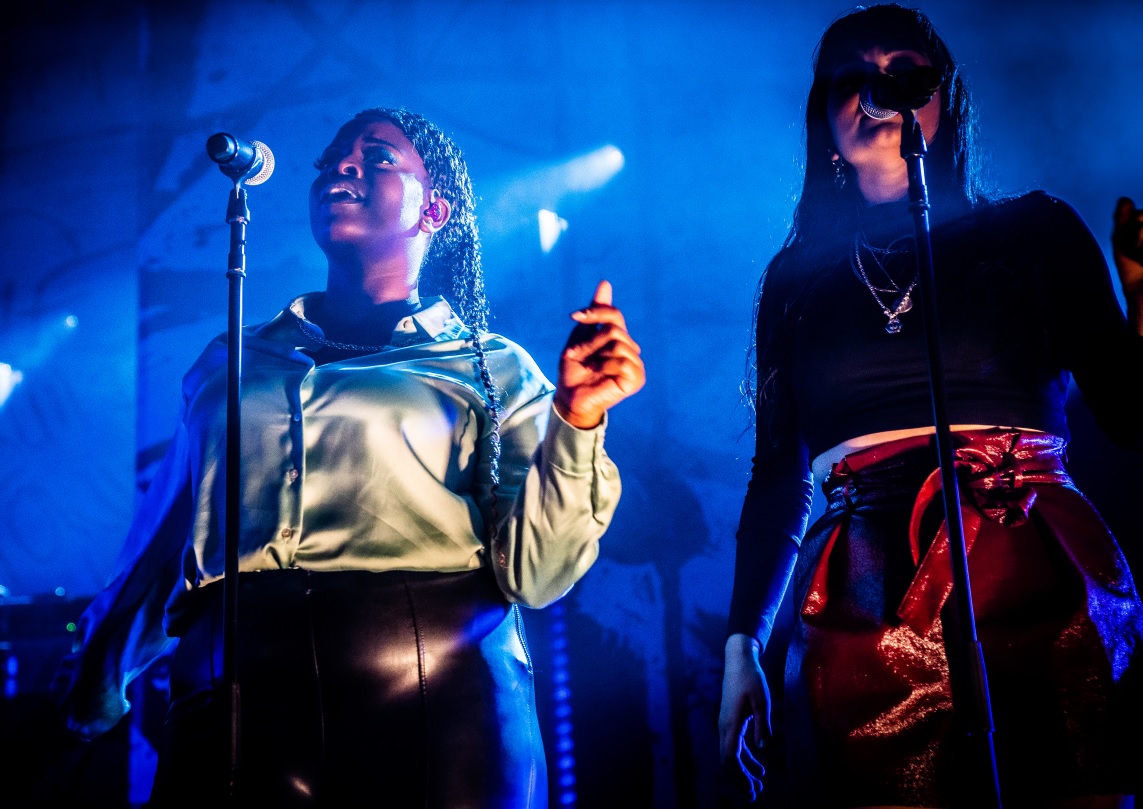 The performance took the audience through his new album ‘Life By Misadventure’ while not shying away from performing songs from ‘Human’ and ‘Disfigured’. The set was incredibly diverse, keeping the audience on their toes with more upbeat material like ‘All You Ever Wanted’ from his new album and ‘Be The Man’ and ‘Skin’ from the 2017 release ‘Human’, accompanied by his band and the two incredible vocalists supporting him. 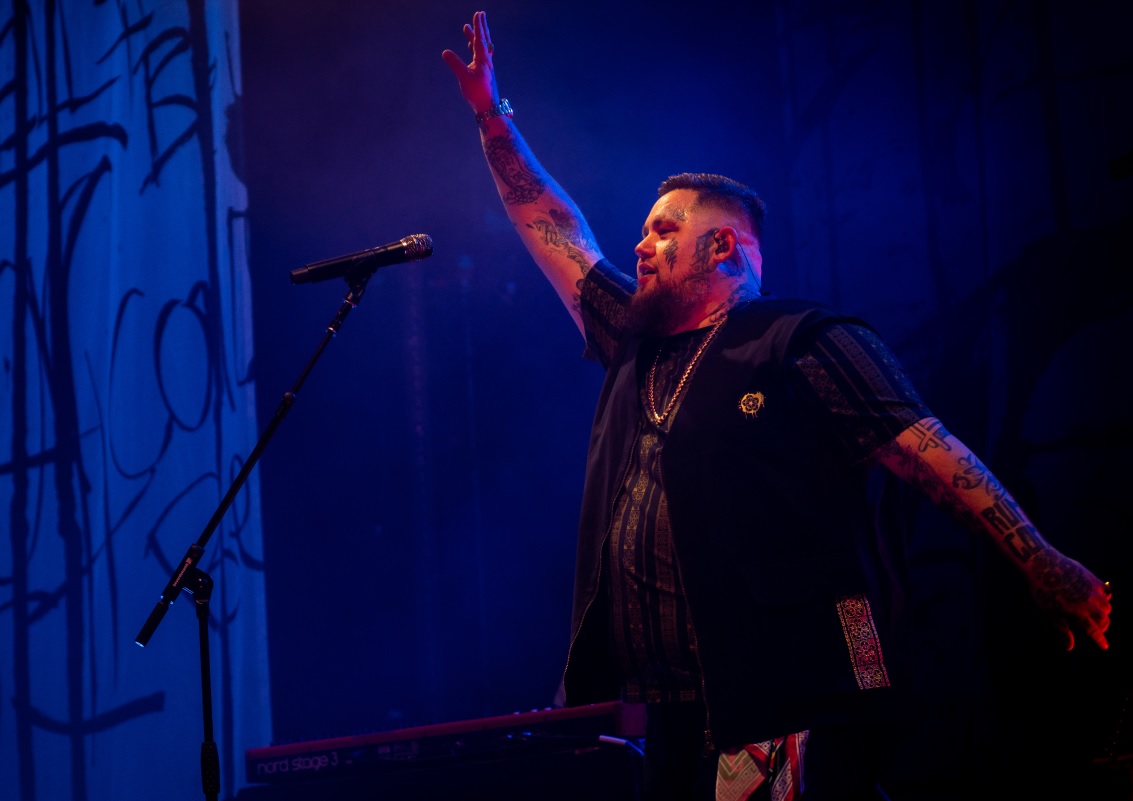 The second part of the set drew the audience from the bluesy ‘Somewhere Along The Way’ to the rocky Nothing But Thieves remix of his latest single ‘Alone’ before stripping back to the intimacy of ‘Perfume’ from his 2015 EP. 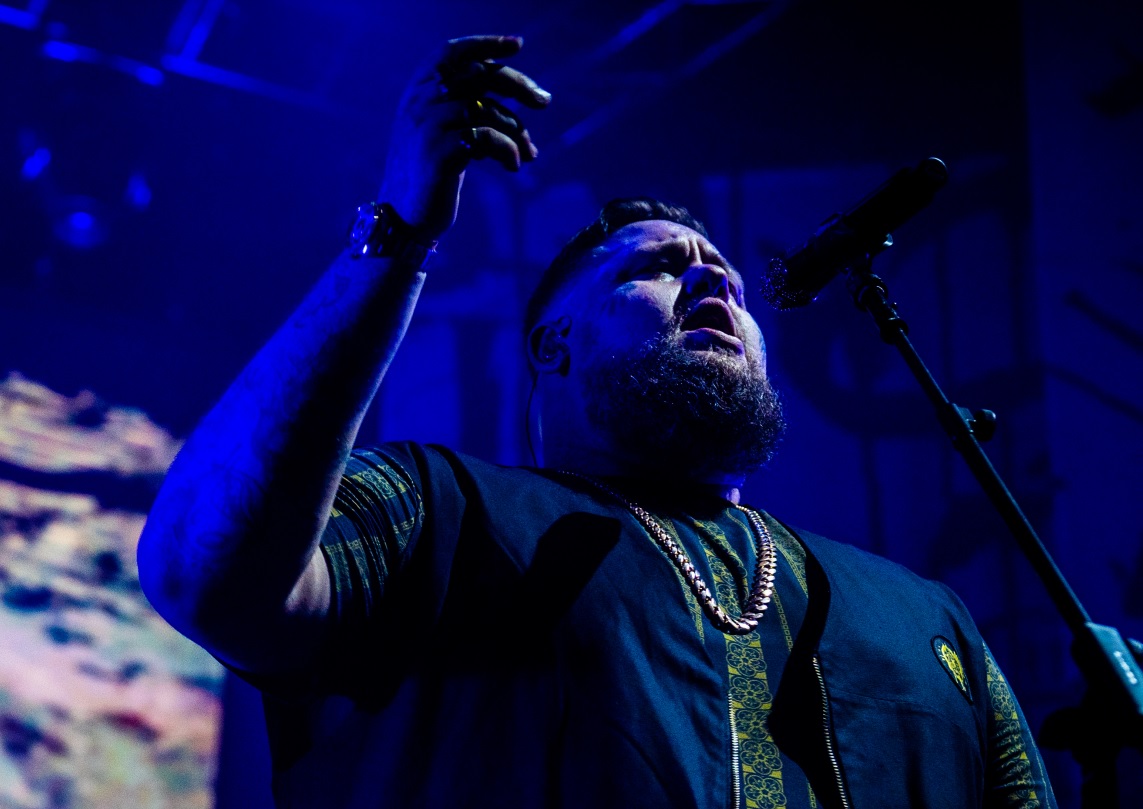 In the middle of his performance, Rag ‘n’ Bone Man treated the audience with a mind-blowing performance of ‘Grace’ from his 2017 release, the audience singing along to every line of the chorus. Halfway through the set an audience member asked for a shot of tequila, which subsequently Rory honoured by having a drink with them from the stage. After this interaction, they seamlessly returned to his newer material and performed ‘Talking To Myself’ before delving into the intimate ballad ‘Anywhere Away From Here’ which featured more incredible lead and backing vocals from the two women supporting Rory. They put down an incredibly powerful yet vulnerable performance. 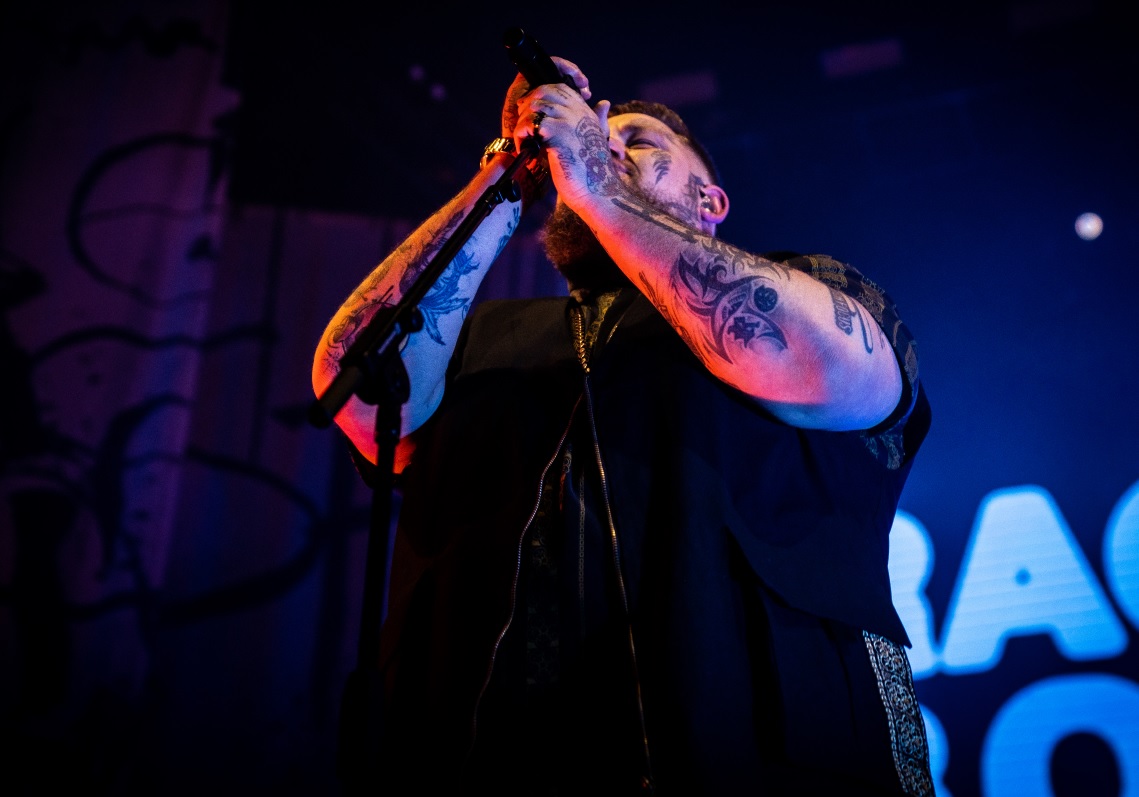 The last part of the set paved the way for the climactic ‘Human’, where the audience truly exploded in sound and movement. He finished the set with an eclectic performance of ‘Giant’, leaving the audience with the extraordinary energy felt throughout the performance. The opening night of his tour proved to be a diverse musical experience where Rag ‘n’ Bone Man as well as his support acts captivated the audience with intimacy, incredible musical performances and energy. I personally cannot wait to see what they do next. 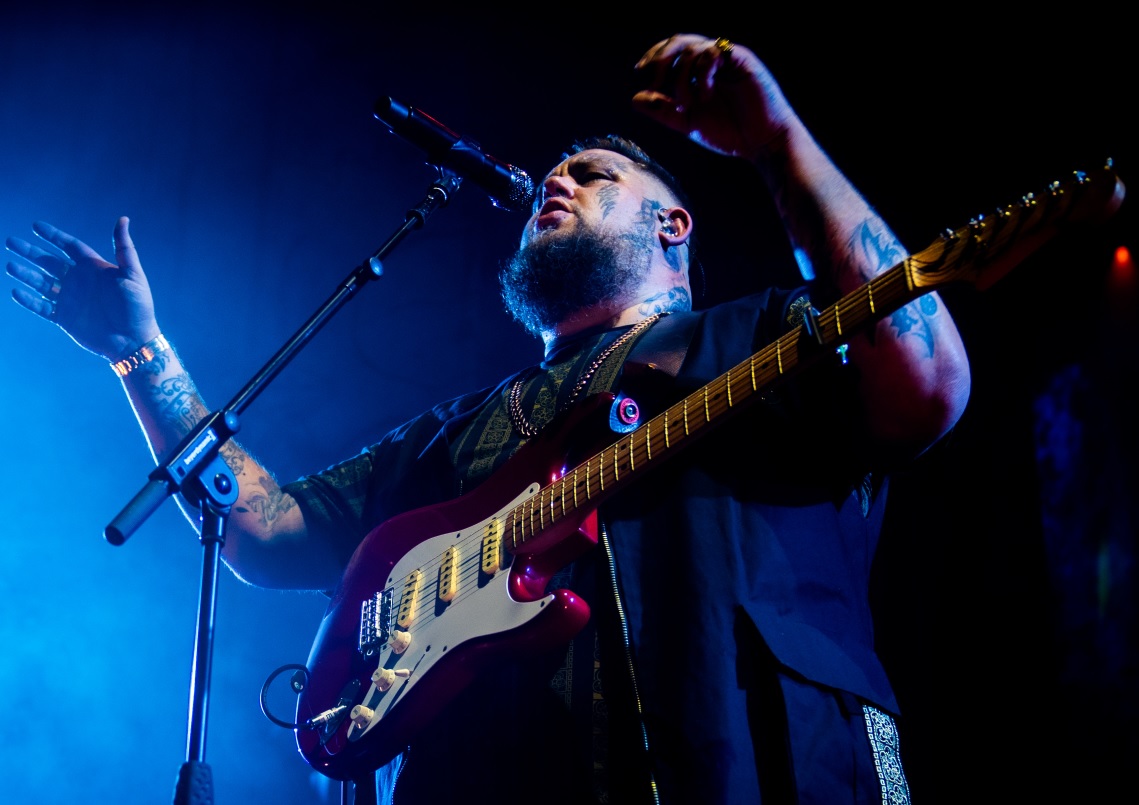 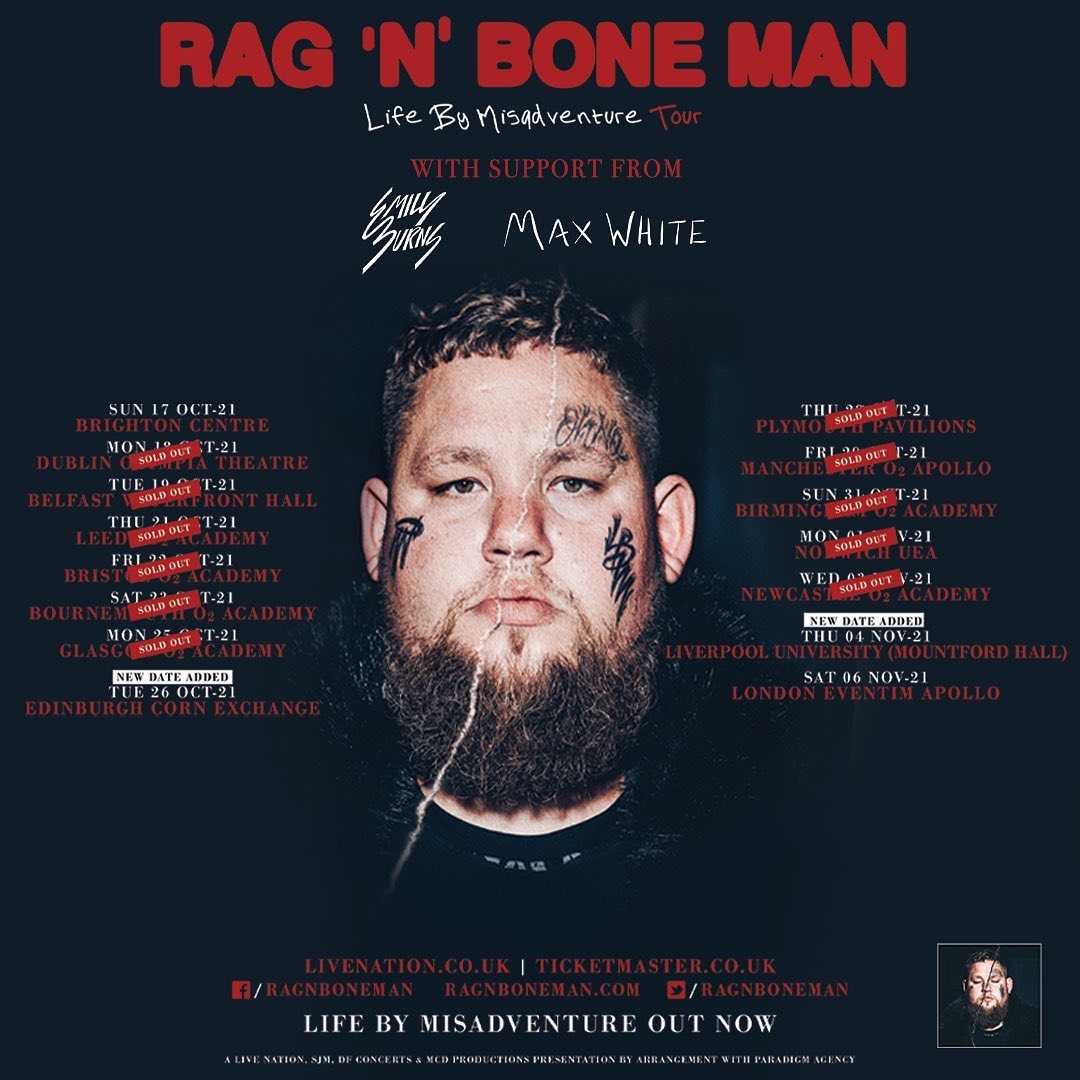 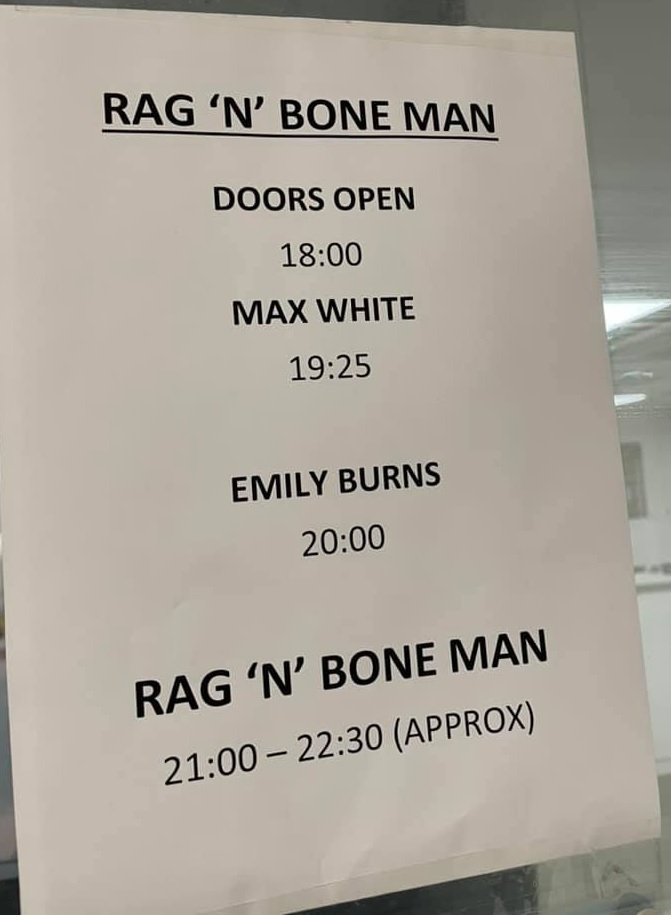