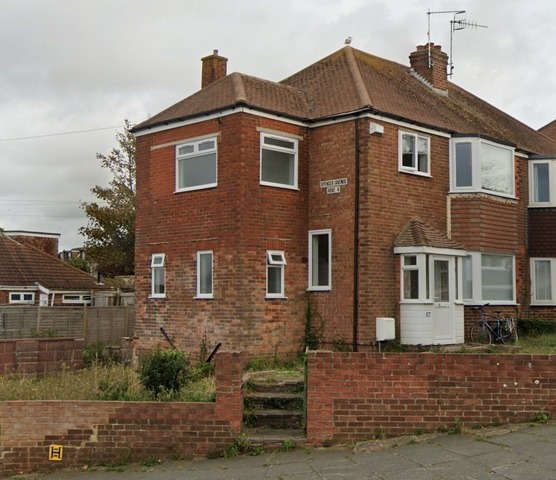 Councillors unanimously refused plans to extend a shared house as one of the rooms was too tiny.

A two-storey side extension and a single-storey rear extension on the house in 57 Northease Drive, Hangleton would have boosted the capacity from six residents to seven.

But at Wednesday’s meeting of Brighton and Hove City Council’s planning committee, the application was refused.

Councillor Barnett said various applications had come forward for the site over the years, and the council rejected them all.

She said: “It keeps coming back. It started off as a three-bedroomed house, and there are now six bedrooms in there.

“When I’ve spoken to the residents living there, there’s adequate rooms, but there’s no communal space.

“Now they wish to build into the garden and build a two-bedroomed unit in what is the garage.”

The applicant was named as A Ward in council papers. The council’s HMO register shows the licence is held by B G Ward Ltd, whose sole director is Aisha Ward, 36, of Hailsham.

The scheme’s architect Rob Meynell, of JDRM Architects, was invited to the meeting but did not appear to speak in the application’s favour.

During the meeting, the remaining seven members of the Planning Committee raised concerns about a single bedroom in the side extension, which at 6.9 square metres is below the Nationally Described Space Standards, introduced in 2015, to establish a minimum space standard.

Green councillor Marianna Ebel said: “The report says there is enough space to circulate. But if you look at the drawing, there is space for a bed, but I don’t think there’s a cupboard.

“You would have to put a wardrobe in, and maybe you want a desk as well, and you woul+dn’t be able to move around at all.

“Because this is an HMO, you can live with people you don’t know, and if you have this small room, you’re forced, unless you’re sleeping, to use the communal areas at all times with very little privacy.”

He said: “This room looks little more than building a box room – but to be someone’s whole habitable personal space isn’t what we’re intending to do, which is why we have minimum standards.

“Why do we have them if we don’t stick to them? It’s a pretty good policy.”

Conservative councillor Carol Theobald said: “It is a worry that one of the units is not of the right standard. I don’t think that is good enough.

“I think it does seem an overdevelopment to keep extending this property in this area, which is not the sort of area that does this.”

The committee unanimously voted to refuse because of the poor standard of accommodation as the single bedroom did not meet the minimum standard.