‘May one have a cameo?’ – Camilla visits Grace 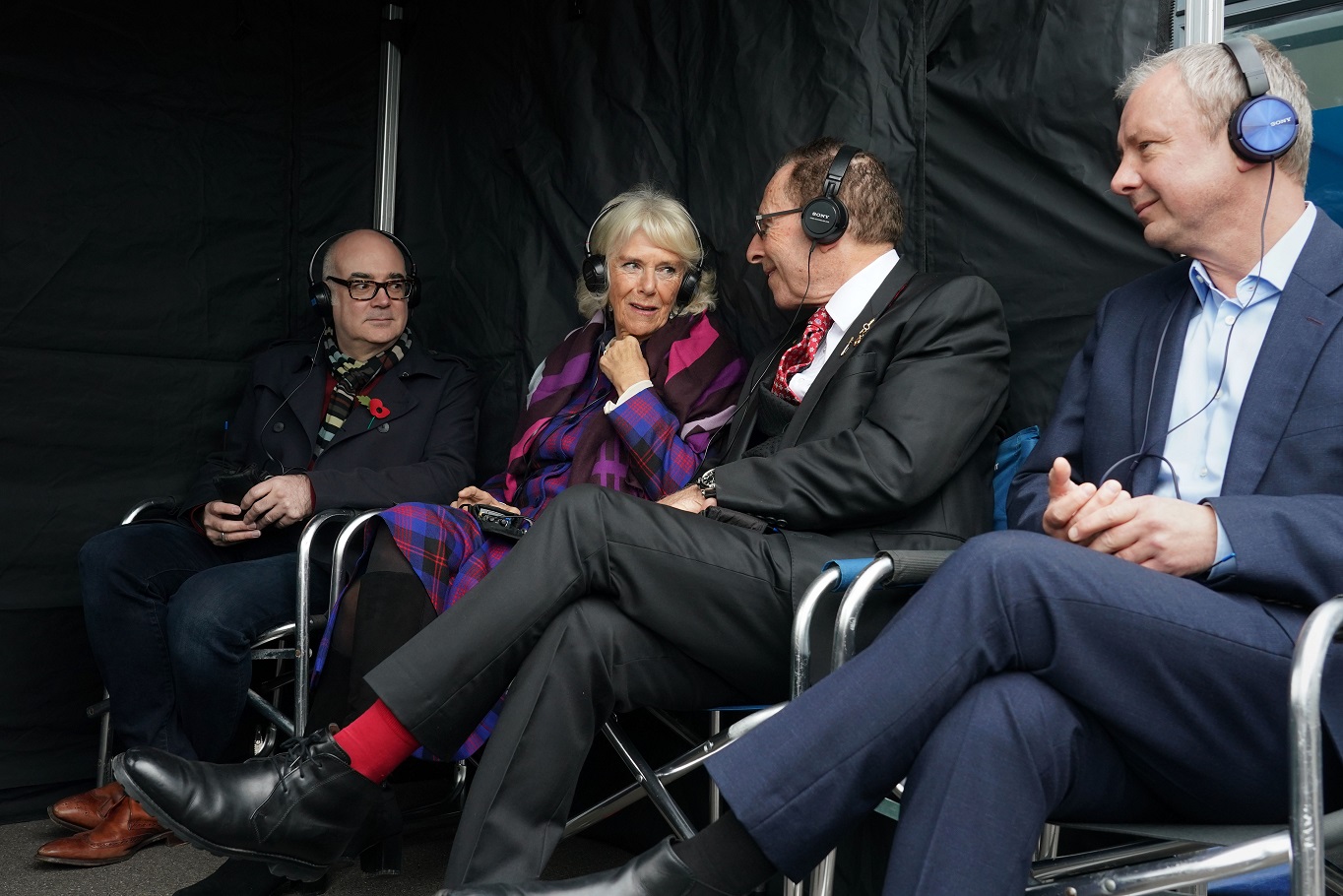 The Duchess of Cornwall jokingly asked for a cameo role when she visited the set of ITV’s crime drama Grace.

Camilla joined the crew and stars on location in West Sussex, including John Simm, who plays the troubled policeman Roy Grace, and Peter James, writer of the detective books now turned into a TV series.

She told the author: “I love your books. I’ve read them all, cover to cover. So I will know what vaguely is going on,” when he greeted her at the set in Shoreham-by-Sea.

The series is one of the latest recommendations of her successful online book club the Reading Room.

Commenting on the chilly weather, Camilla said she grew up nearby and each day would “come over the hill” to go swimming in Shoreham, so she was used to the “freezing” conditions they were filming in.

She complimented Richie Campbell’s character, DS Glenn Branson, for being a “snappy dresser” and joked with Simm about whether he had the “sea legs” for the job. 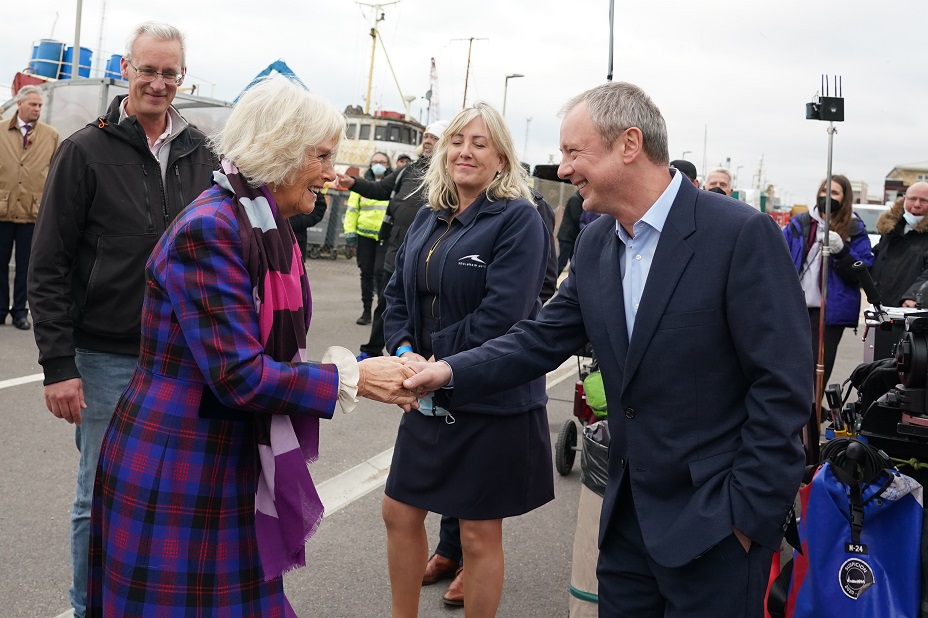 Camilla told Simm: “I was just saying to Peter (James), the programme was just how I imagined the character of Roy Grace. It’s good casting.”

Clearly a fan of the series, Camilla added: “It’s something to look forward to.” During the visit she also joked about having a cameo in the show.

She then took a seat alongside Simm, James and ITV’s commissioner Huw Kennair-Jones, donning headphones to watch on a large monitor a scene being filmed on the waterfront.

Asked whether she is a good sailor, the duchess said: “I am actually. I am better on the sea than I am in the air. I’d go on a boat any day. I don’t love it [flying] and try to avoid it when I can. I hate it, really.” 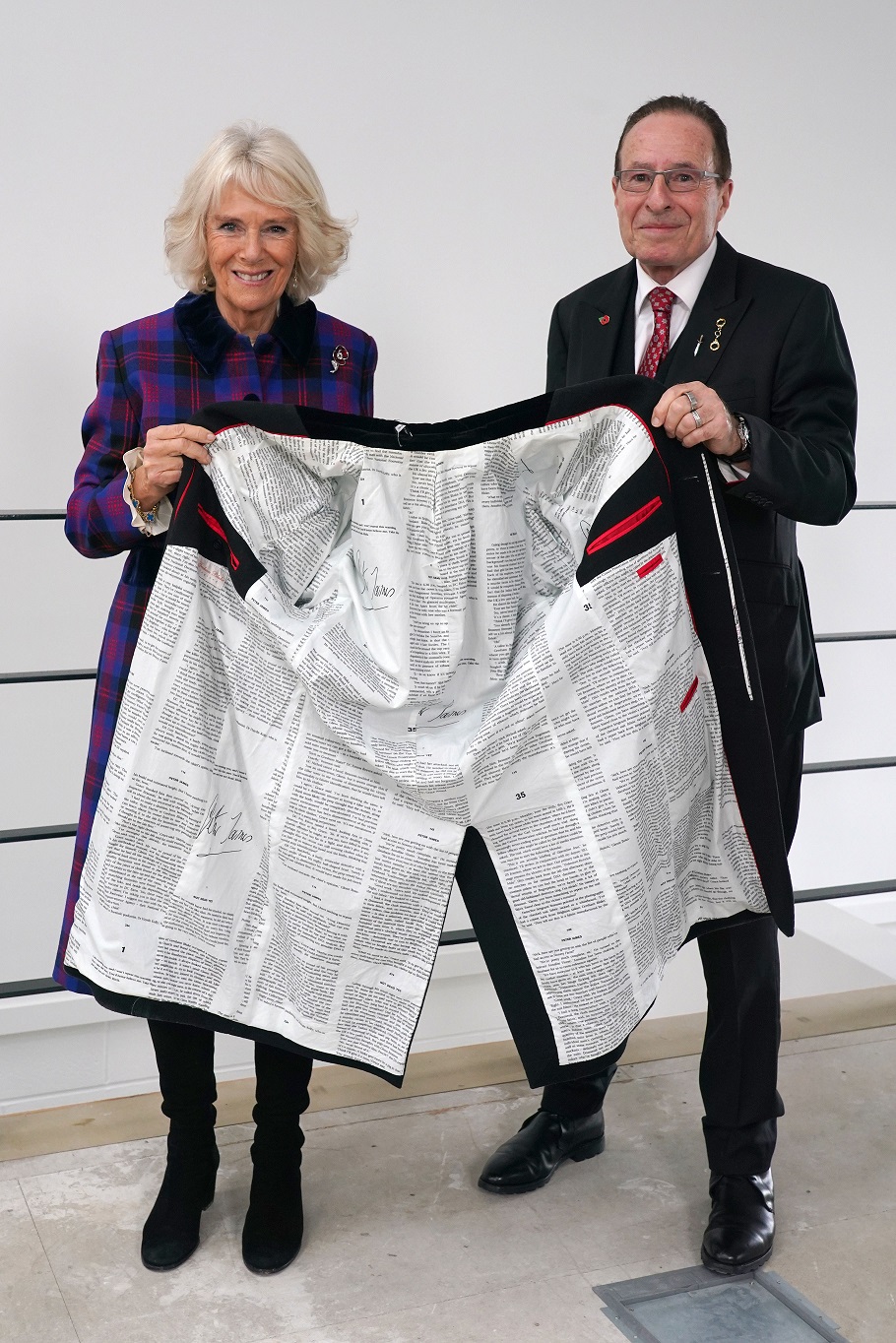 The Duchess of Cornwall with Peter James, holding one of his coats with one of his book scripts printed on the inner lining

In the series Simm plays the role of the troubled but methodical detective, whose missing wife casts a shadow over his already turbulent career.

The initial episodes have proved popular and ITV is currently filming series two for broadcast in spring next year.

Speaking afterwards, Simm said shows like Grace would not be a success without quality writing and storylines.

“Without such amazing writing behind it this would be just another generic cop show,” he said.

“But because of the source material – I am also thinking of the Frost books, Morse books – it’s great to have that wealth of material to draw on.

“To read the books and get inside the head of my character has been a wonderful experience. The books are hugely successful, so it’s up to us not mess it up.”