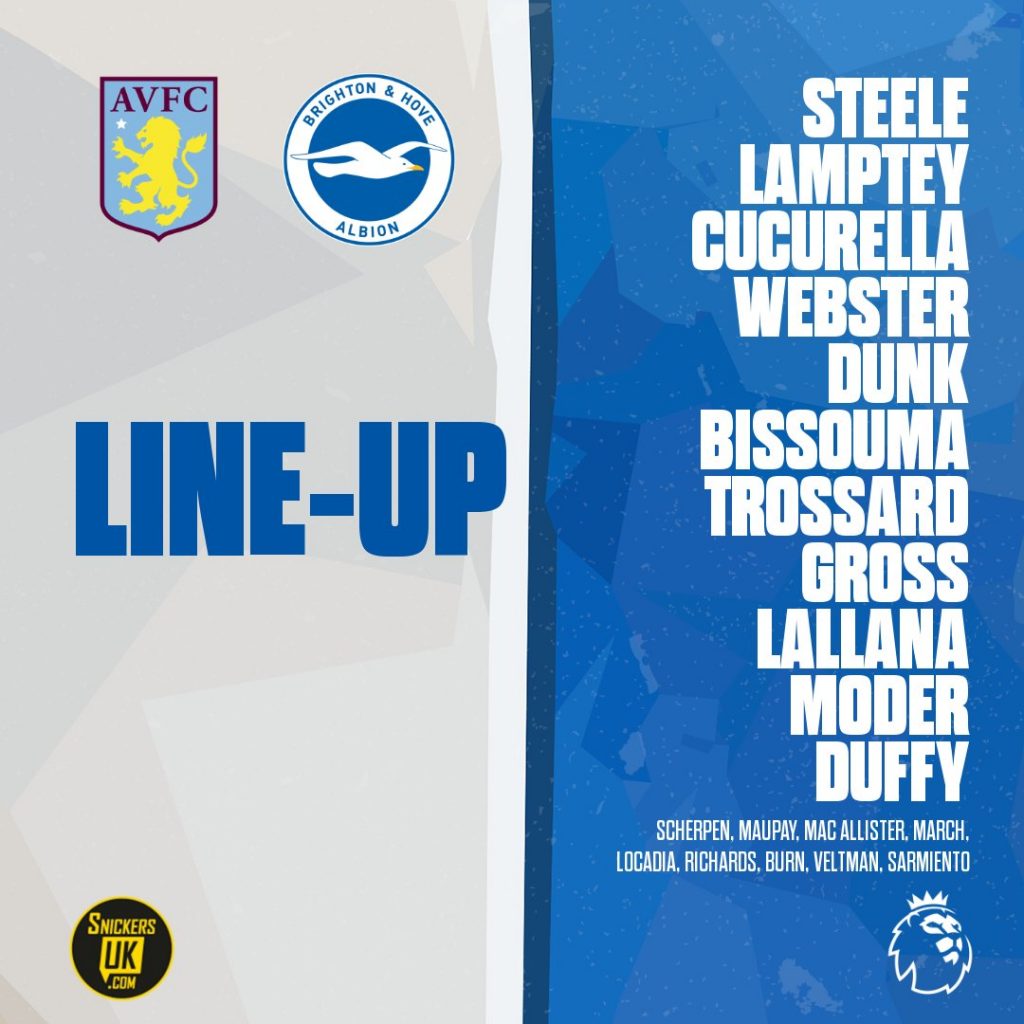 The Seagulls are due to take on Steven Gerrard’s Aston Villa at Villa Park at 3pm today (Saturday 20 November).

Brighton will be hoping that there is no new manager bounce as the former Rangers boss and Liverpool legend looks to give Villa a lift.

With Robert Sanchez suspended after his red card against Newecastle, Jason Steele makes his Premier League debut between the sticks.

And the Albion appear to be going with Leandro Trossard as a false number 9 again.

The match will start with Albion in seventh place in the Premier League on 17 points.