Wonk Unit were in town in support of ‘Uncle Daddy’ 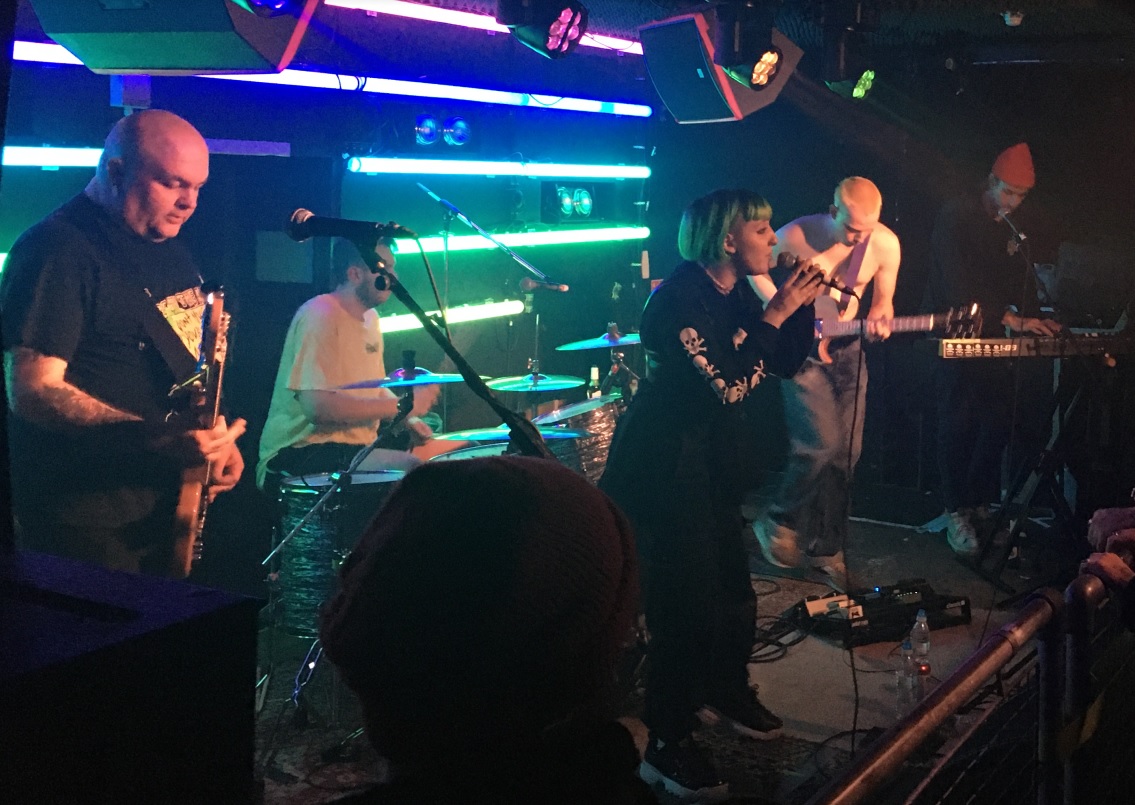 Sunday 21st November, the first freezing cold night of this winter sees me at Patterns for WONK UNIT – the Croydon punk band so named because everything in their career “goes wonky.” 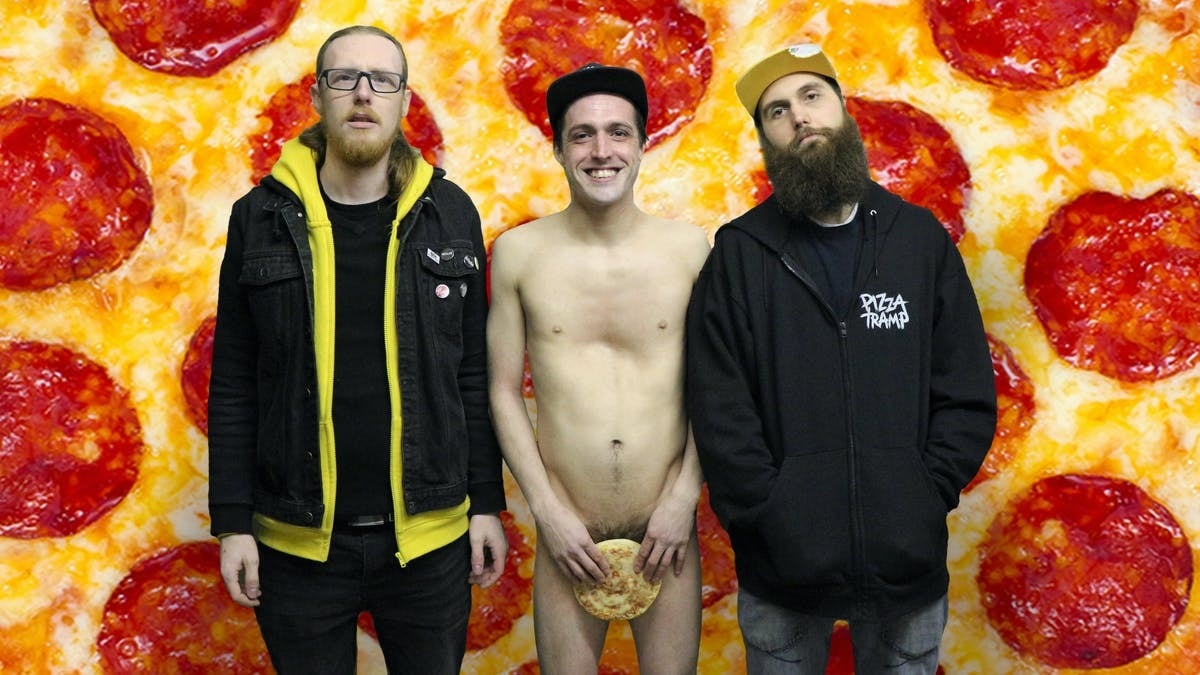 First up though are support band Pizzatramp from South Wales – old school hardcore in the style of Black Flag or Discharge but with humorous lyrics reminiscent of Welsh rappers Goldie Lookin’ Chain, or at least I assume so from between song chat as vocals are inaudible over the grinding guitars. All good fun and they even managed to get a mosh pit going by the end of their set.

Check out their releases on their Bandcamp page and find out more at www.pizzatramp.com. 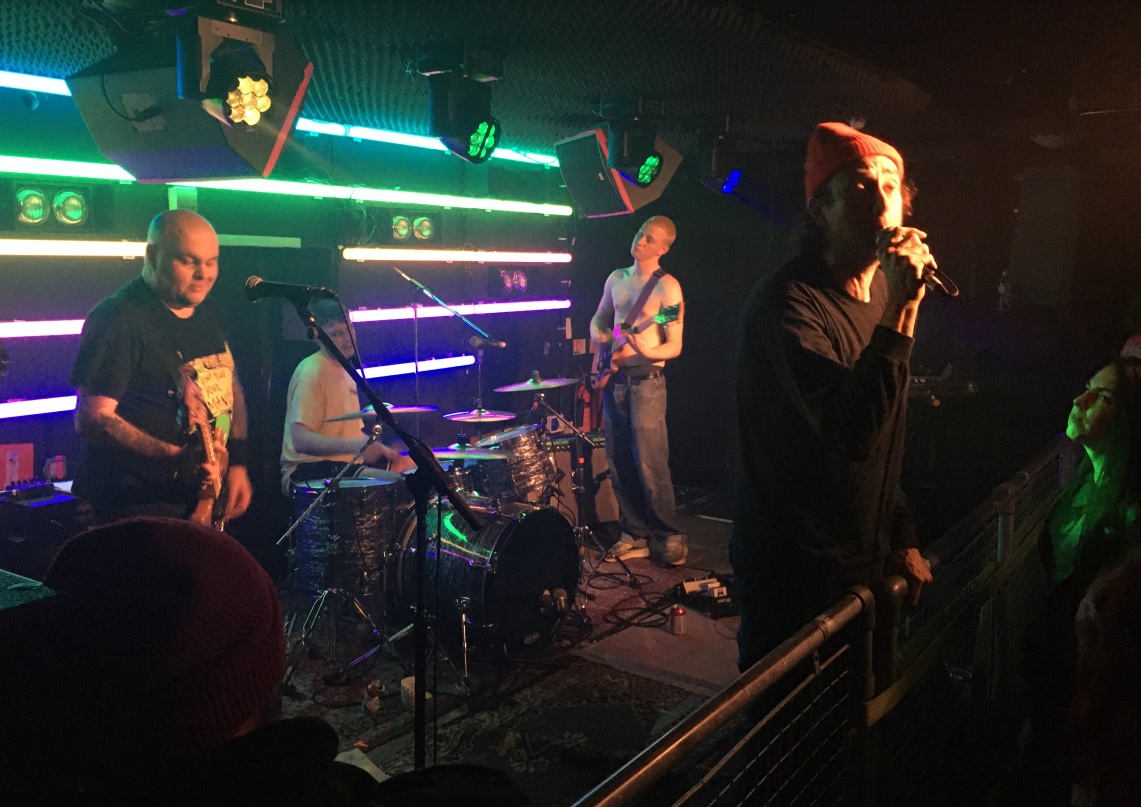 Audience suitably primed, WONK UNIT arrive on stage with a new album to promote, ‘Uncle Daddy.’ Formed in 2006, Wonk Unit played a large part in paving the way for today’s resurgence in punk and post punk, not only in their brand of shouty, sing-along songs with bittersweet social commentary, but by providing support slots early in the careers of bands like IDLES and Slaves. But whilst those bands have gone on to bigger things, Wonk Unit remain firmly rooted in the underground punk scene, partly due to that wonky misfortune, but also the kind of wilful obscurity that punk bands used to habitually encourage the first time around.

Tonight’s set is obviously based around new material from the latest album, such as single ‘Disco Fever,’ but old favourites such as ‘Je M’appelle Alex’ and ‘Johnny Rambo’ are dropped in too. 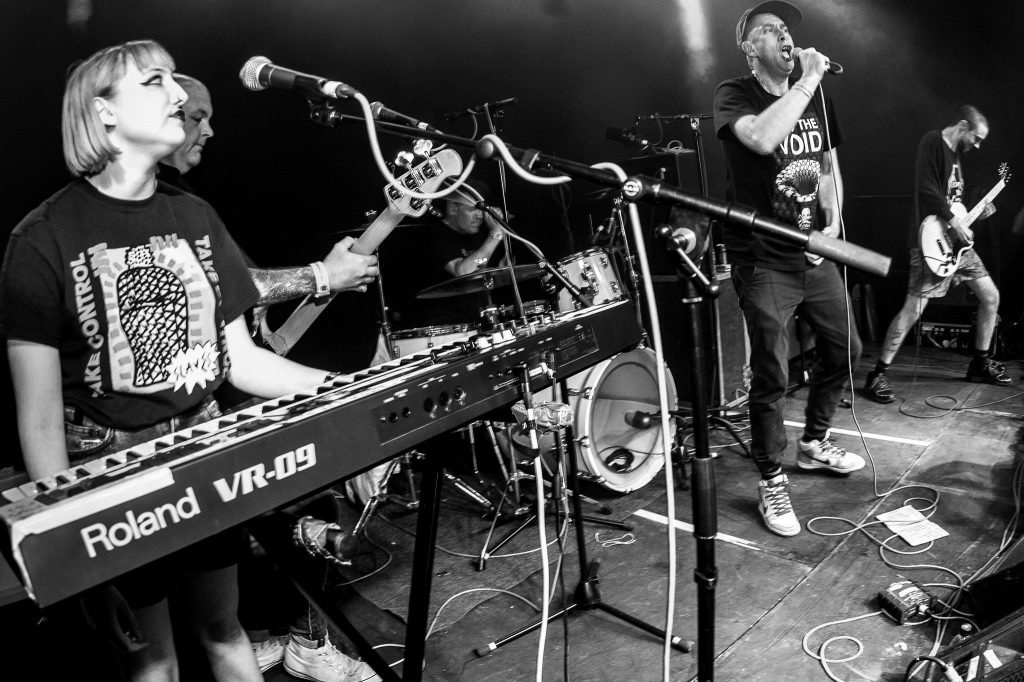 WONK UNIT are one of those bands who are much better live than in the studio, a lot of which is down to the onstage presence of singer Alex “Daddy” Wonk, whose slightly surreal stories between songs sound like one of kiddie-voiced adults in the Haribo adverts.

Keyboard player Vezzy takes over vocals for a couple of tunes indicating a slight change in direction for the band to come. Wonk Unit gigs always have a shambolic feel to them, but tonight’s set is glorious chaos from a band who genuinely love their fans who love them in return.

Listen to Wonk Unit HERE and find out more information on them at wonkunit.com. 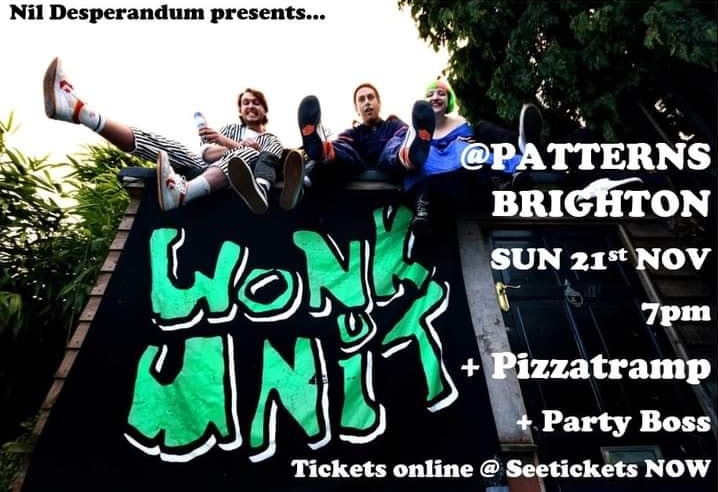