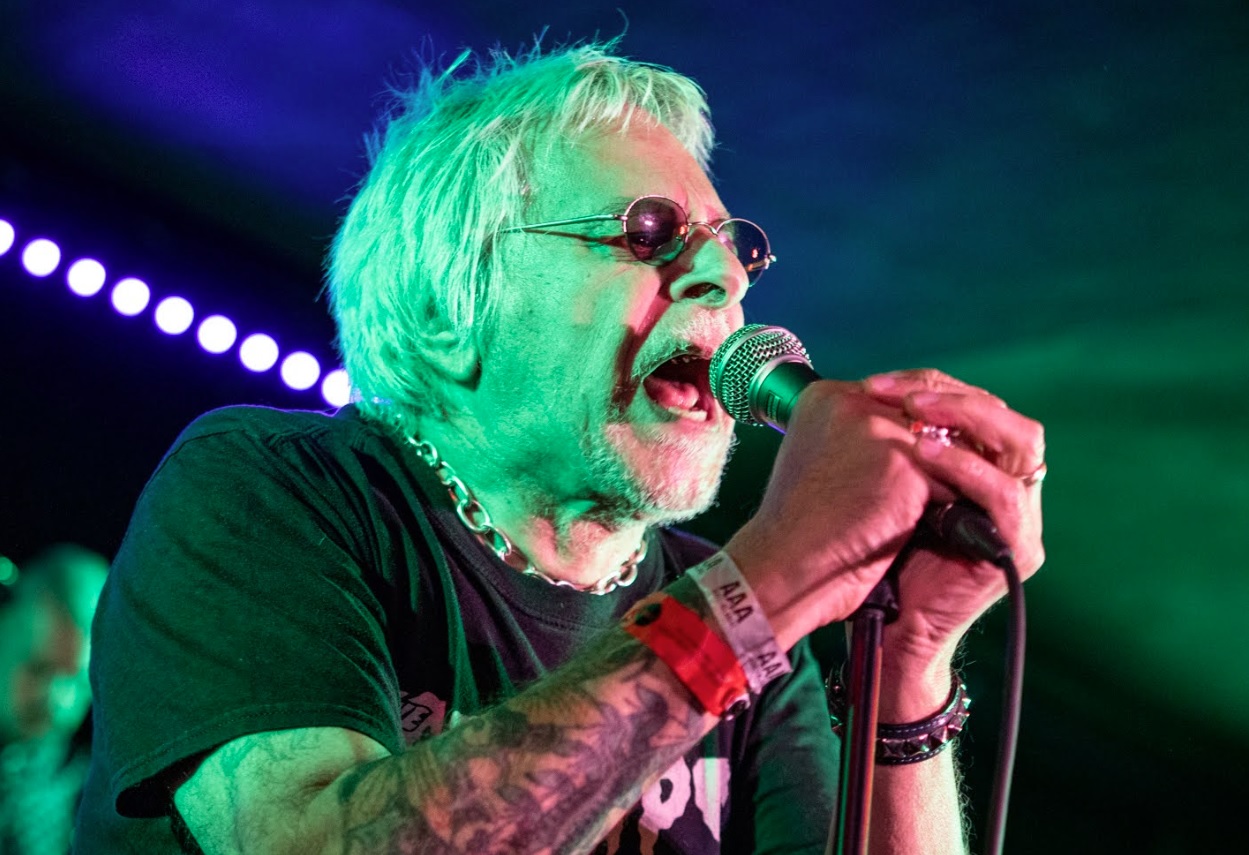 This was my first ever time seeing the UK Subs in action, and didn’t really know what to expect; after all, Charlie Harper the frontman at 77 is a few years shy of my father-in-law.

Formed in 1976, and one of the first hard-core punk bands, the line-up has changed many times over the past 45 years with according to Wikipedia 75 ex-members, but Charlie has been the glue that has held the group and name together. With a myriad of studio, compilation, and live albums that have been released alongside the EP’s and singles – I have a feeling this band still has more up their sleeves. 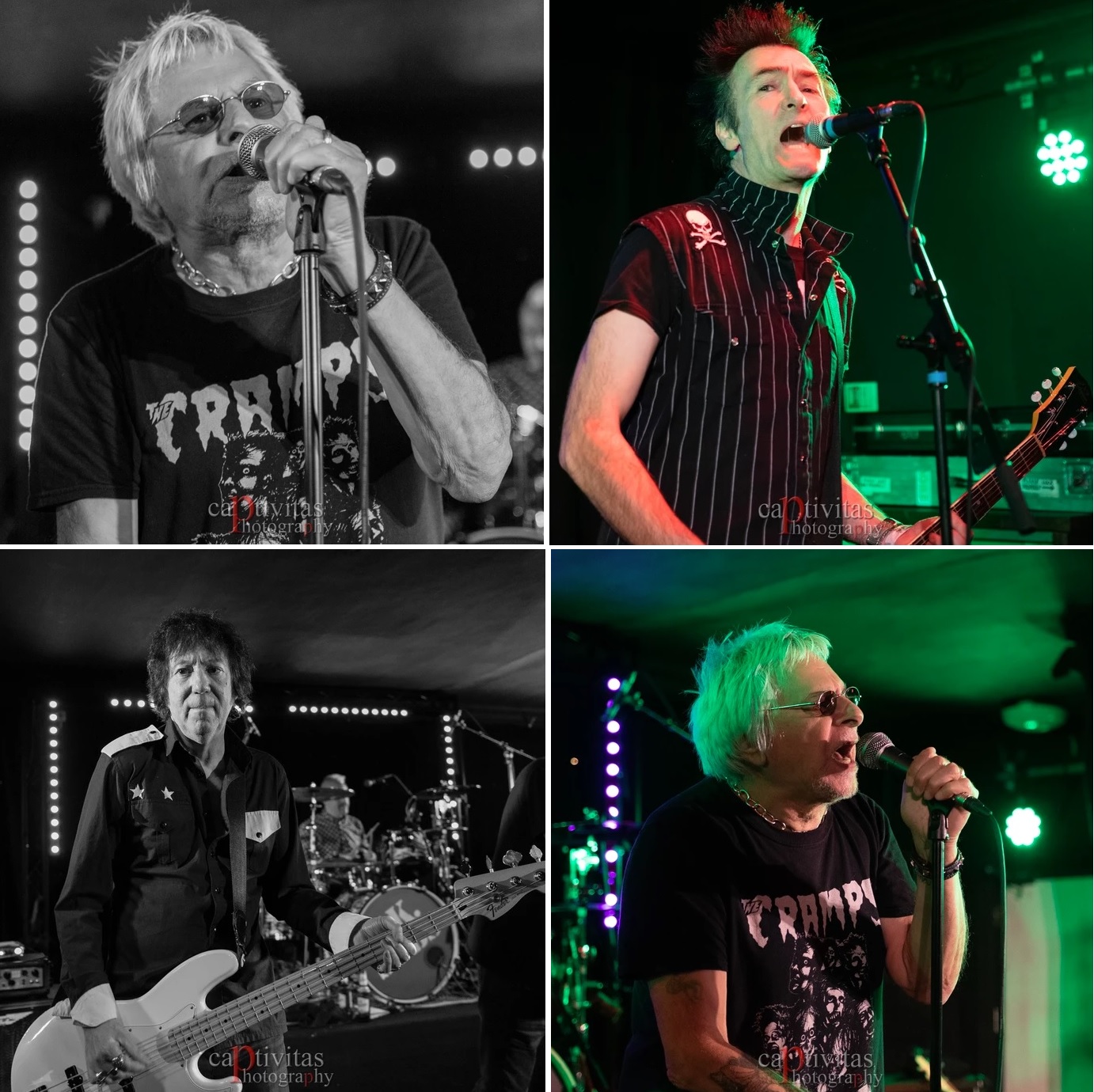 A regular at the Lewes Con Club, not only to play, but to watch and support fellow artists Charlie’s voice when speaking may have been a bit gravelly, but when the mic was switched on? Where the heck did that voice come from? Playing to a packed audience of their faithful fans, front line man Charlie and the band had the place in the palm of their hands. With Charlie swigging from a bottle of beer, wearing another iconic band’s t-shirt “The Cramps” and interacting on first name terms with the die-hards at the front, it was hard to not be infected with the raw energy that emitted from everyone present. 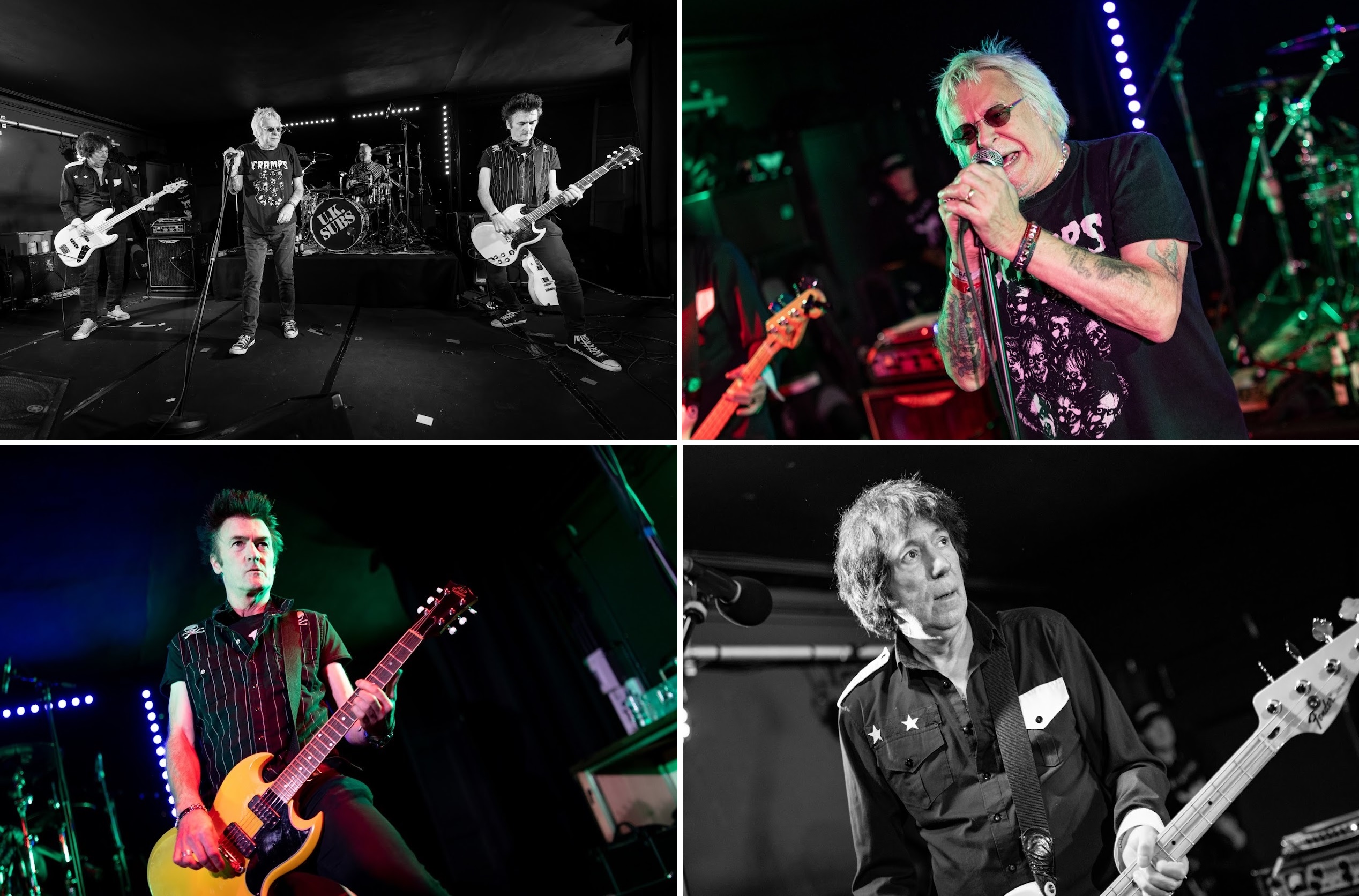 The choice of tracks tonight were from the album ‘Brand New Age’ which was released in 1980.
‘You Can’t Take It Anymore’
‘Brand New Age’
‘Public Servant’
‘Warhead’ (which reached number 30 in the UK singles charts in March 1980)
‘Barbie’s Dead’
‘Organised Crime’
‘Rat Race’
‘Emotional Blackmail’
‘Kicks’
‘Teenage’ (which reached 32 in the UK charts in May 1980)
‘Dirty Girls’
‘500cc’
‘Bomb Factory’
‘Emotional Blackmail II’

Find out more at uksubs.keekmerch.com 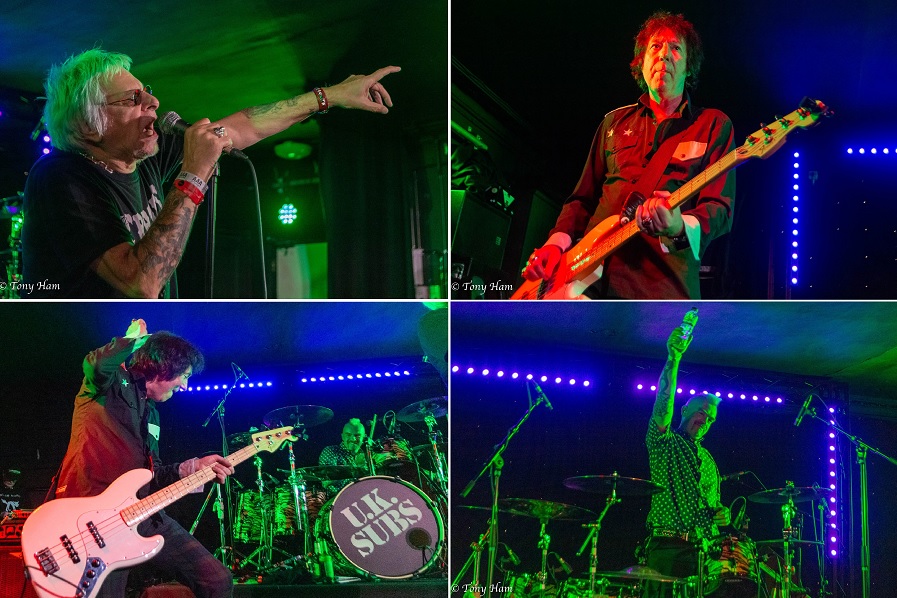 I might not have known many of them, but found myself singing along (especially to ‘Warhead’), raising my hand and having a little bop. You can hardly expect a 57 year old grand-mother to be in the middle of the mosh pit can you? To those that were in the fray of the pit, I’m sure you’ll be able to purchase something for the bruises from your local pharmacy.

How Charlie and his followers can keep up the frenetic energy, I have no idea, but I don my metaphorical cap to all of you. 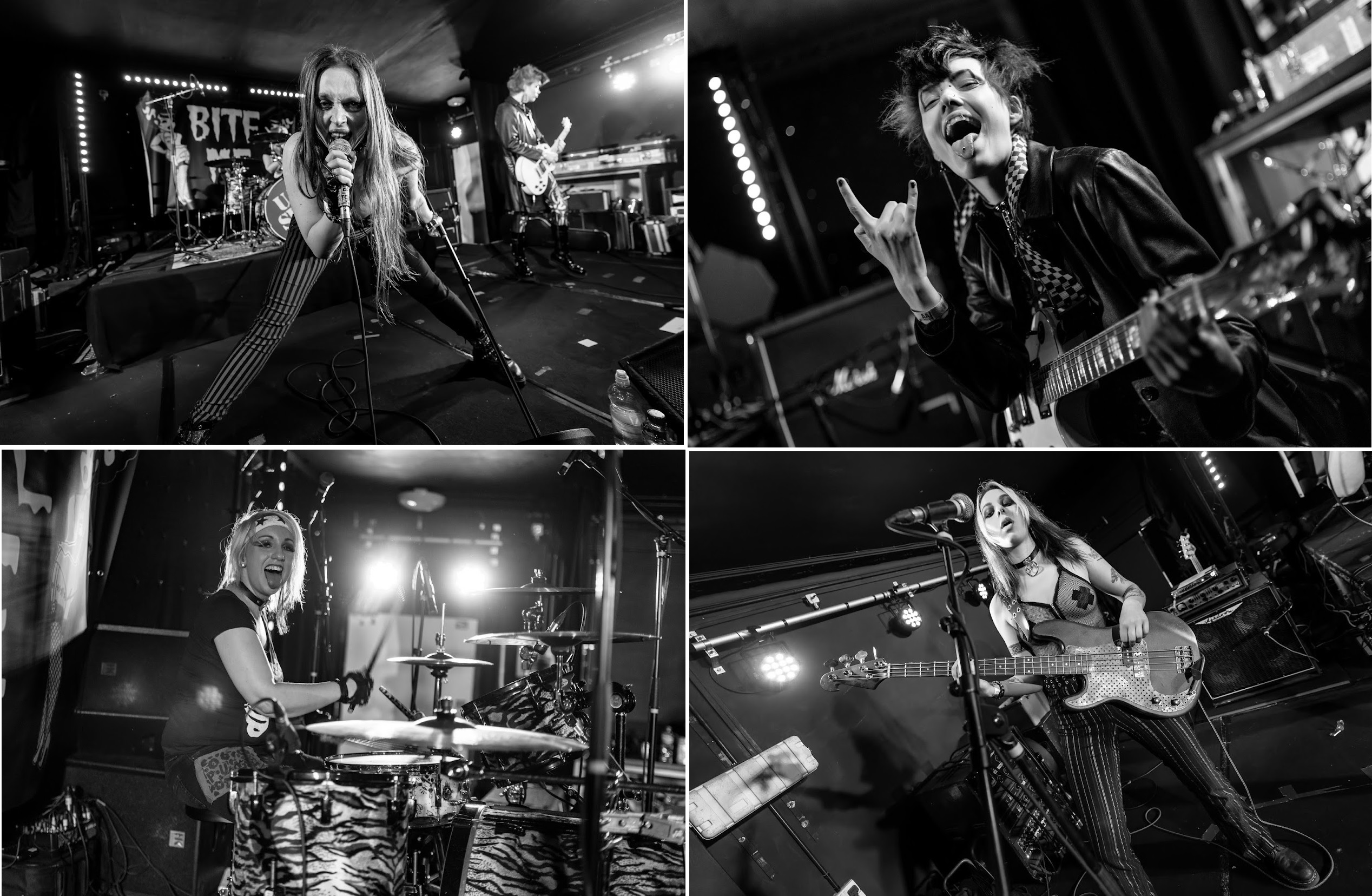 Two other bands were supporting the Subs tonight; the 4 piece girl band “Bite Me” – I have a feeling a lot of the audience would have liked to, and “Knock Off”, an “Oi” band which had the goal of bringing punks and skinheads together. 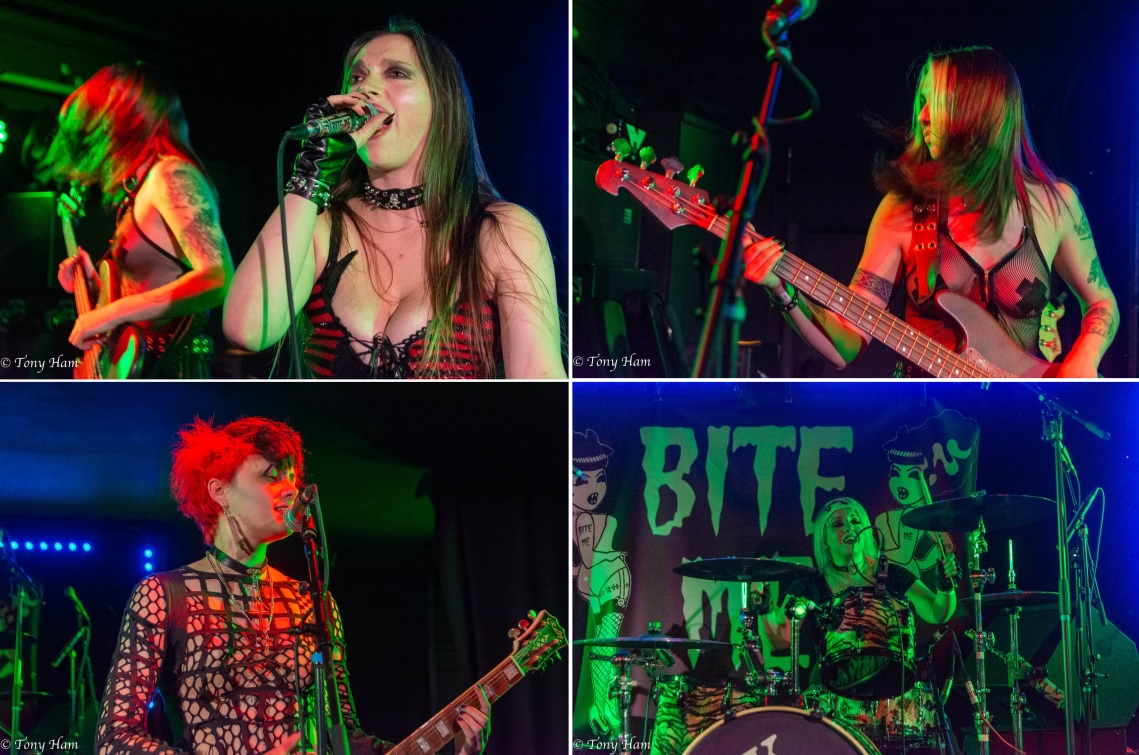 From the opening chords, “Bite Me” with their raunchy outfits, had the attention of the audience. I must try the electric tape across the nipple look.

They played with controlled aggression – don’t get in the way of these girls, they look like they’ll take no prisoners. 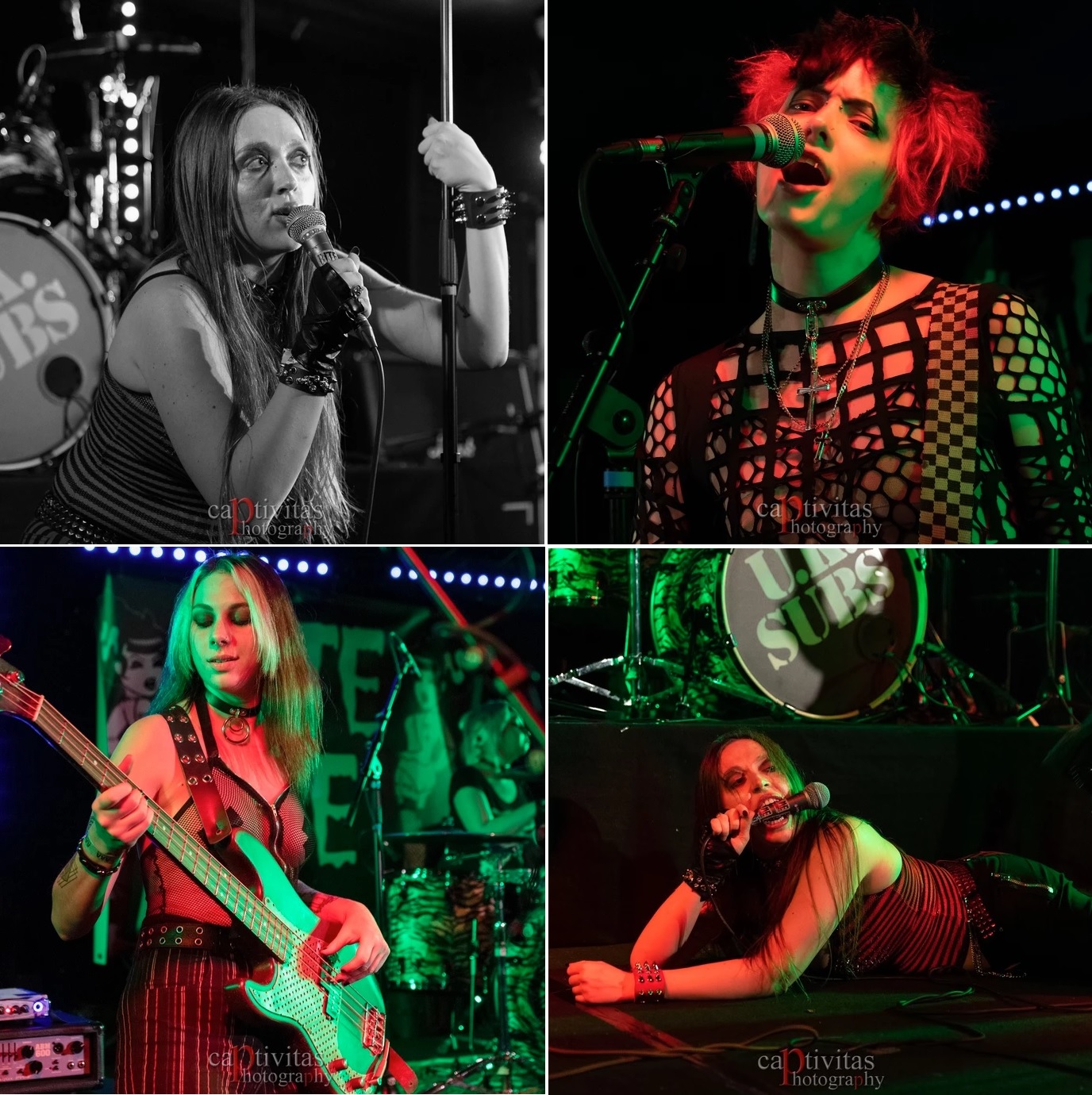 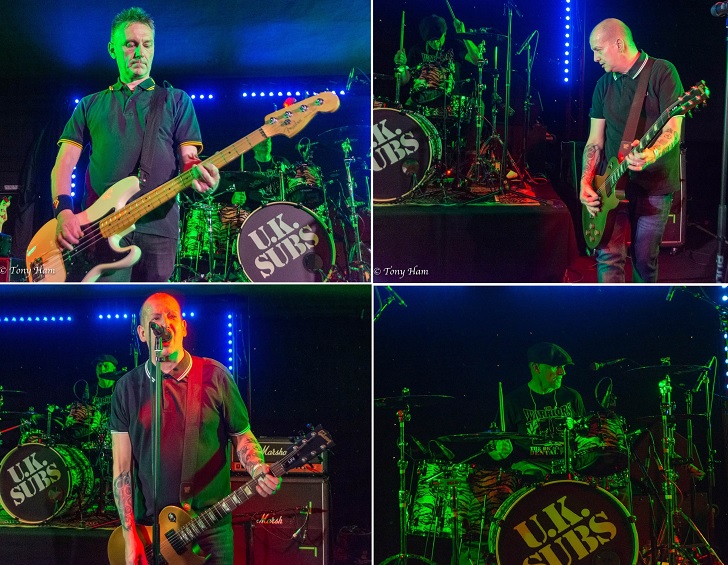 Following on from the girls we had “Knock Off“.

I would describe this group as fast, frantic and loud! Though, something you don’t often hear a guitarist say – he asked for his amp to be turned down. 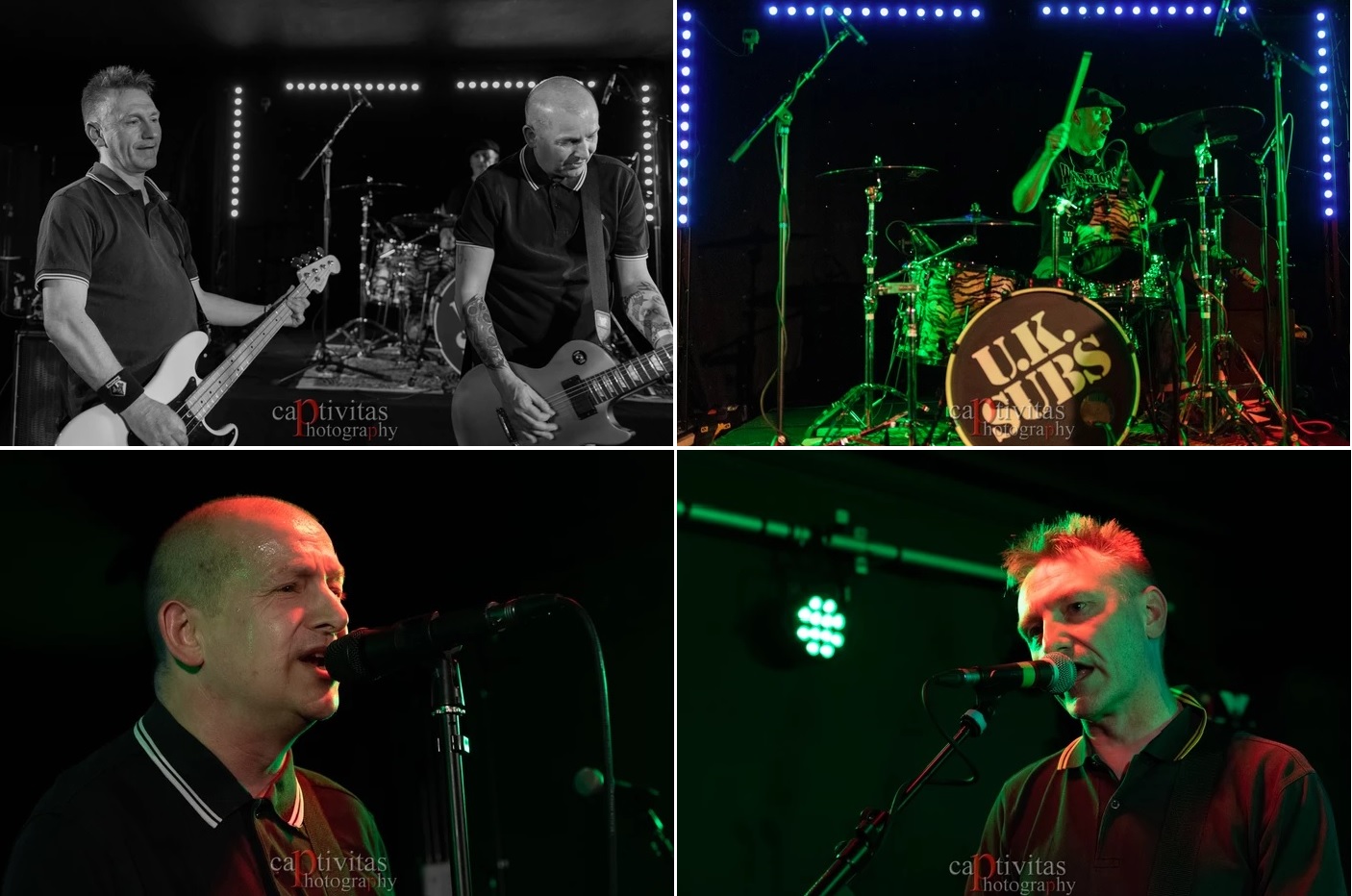 The hard hitting trio had the audience pogoing in the mosh pit as though they were literally on pogo sticks.Their set tonight consisted of:
‘One Life’
‘Are You Offended’
‘This Ain’t No Love Song’
‘1918’
‘Football, Beer & Punk Rock’
‘One More Drink’
‘We Are Proud’
‘Fingers To The Bone’
‘This Is Who We Are’
‘Jack The Ripper’ 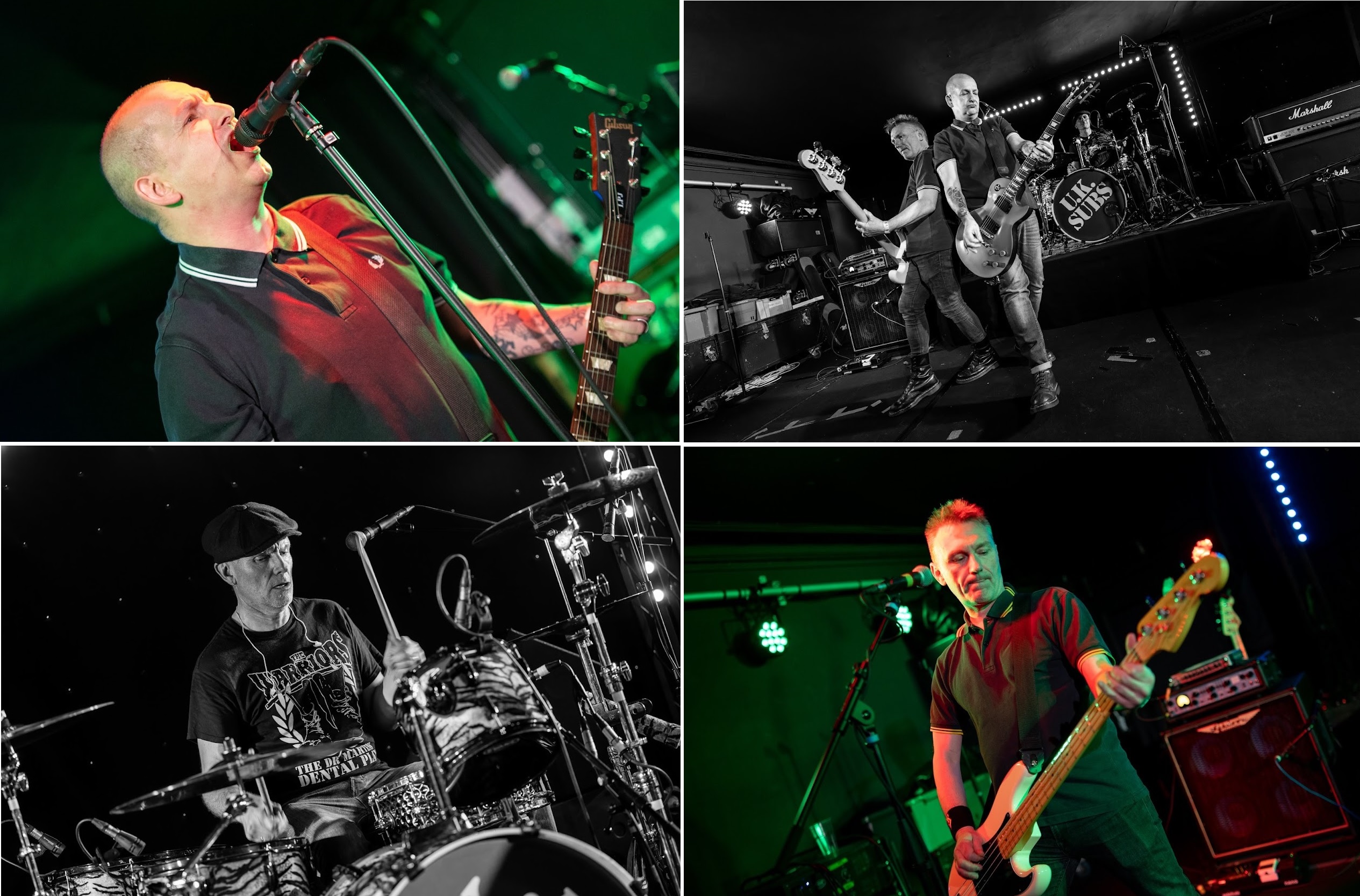 Check out their material on their Bandcamp page and visit their website HERE. So all in all, I personally had a fantastic time, ears still ringing, body aching – see you on the flip side Mr Harper and Co. Thanks to Death Or Glory Promotions for putting the gig on.