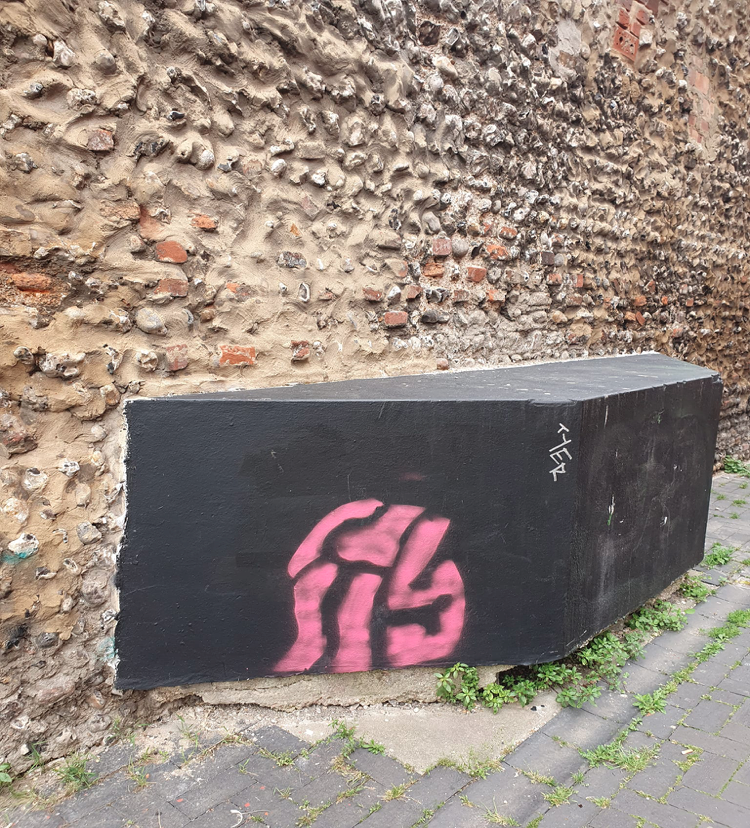 A prolific tagger is facing jail after pleading guilty to 16 charges of criminal damage in the North Laine this summer.

Paul Harris, 50, even sprayed a tree in Pavilion Gardens with his distinctive tag during the graffiti spree in May and June this year.

Police first started investigating after he sprayed the side of the Brighton Unitarian Church in New Road, which was discovered on Wednesday, 2 June. 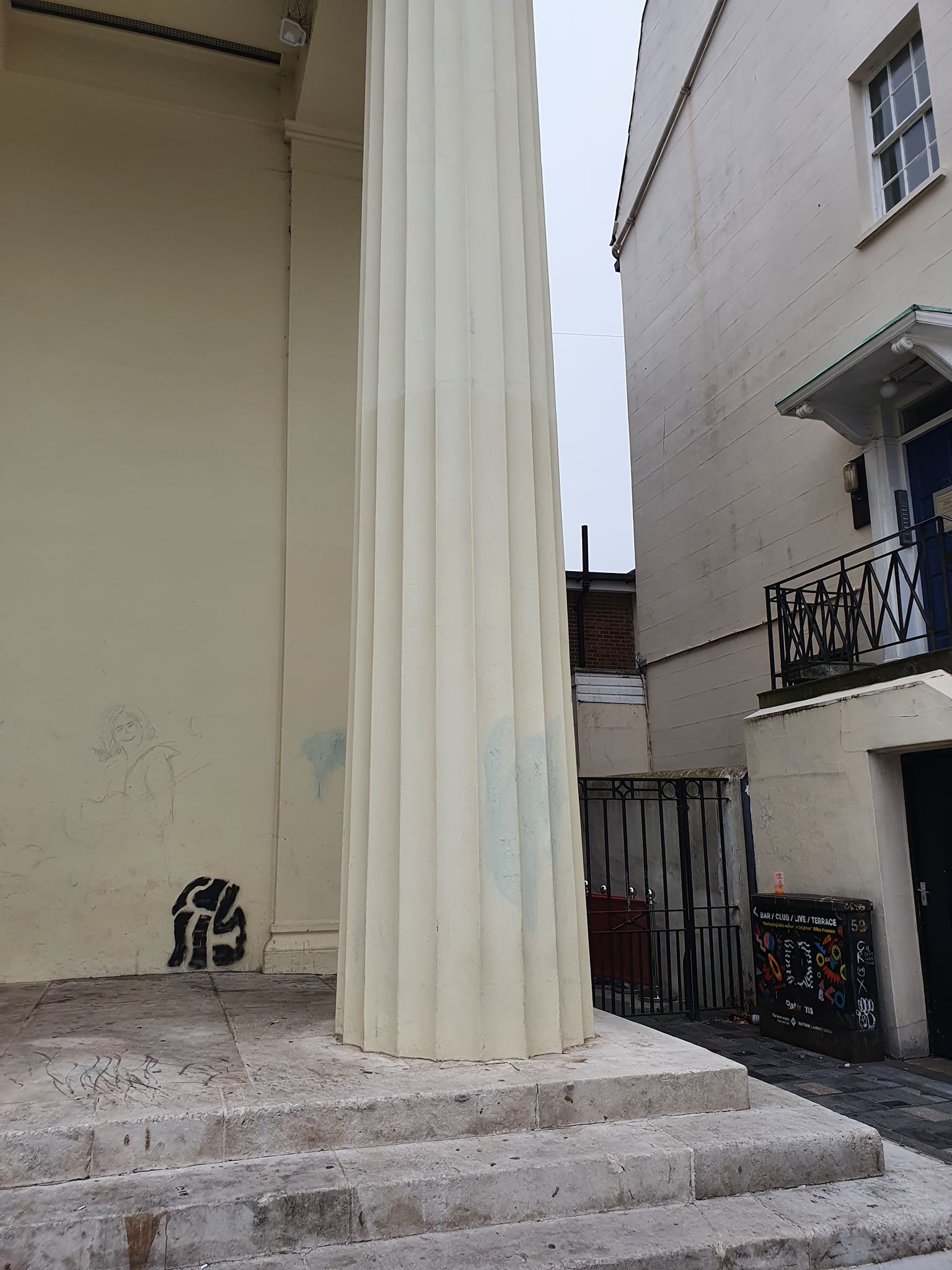 He sprayed the church again on 13 June, All Bikes Electric on 9/10 June and the Jubilee Library on 3-6 June.

Harris, who lives in the North Laine in Robert Street, was arrested at his home on Tuesday, 15 June – but even after he was first questioned, he kept on tagging.

The Brighthelm Centre, My Hotel, Franco Manca and two Clearleft bus stop signs were all hit on either 18 or 19 June.

By the time he was charged, 21 tags had been identified as his handiwork – the first dating from 18 or 19 May on the side of Cote Restaurant in Church Street.

He was also charged with spraying tags at some point between 31 May and 21 June on pavements, green boxes, walls, bollards and on the Jubilee Library.

In August, he told the Argus the tag, which depicts a figure with its head its hands, was inspired by the death of his son Preston.

And he said he sprayed it around the North Laine in a bid to reach other young people and prompt them to “reach out before they did something they could not take back”.

Last week at Brighton Magistrates Court, he admitted all 16 charges, as well as one charge of possessing cannabis and another of possessing MDMA – one pink tablet, one yellow and 2.5g of powder – which police found the day he was first arrested.

His guilty plea was welcome by the North Laine Community Association’s anti-tagging team, which regularly goes out to paint over tagging in the area.

A spokeswoman said: “We are not anti street art, which actually forms in some spaces part of Brighton’s artistic, creative DNA.

“But tagging is a completely different issue and I think there needs to be some communication that there’s a very strong difference between tagging and scribbles which are destructive and serves no purpose to society itself or any positive messages – it’s just destructive.

“More high profile action needs to be taken and if they had to do community service which involved removing tags and litter picking, it would send a stronger message.”

Although none of the criminal damage offences have been charged as high value, court guidelines say that when carried out as part of a spree, a sentence of up to 12 weeks custody can be imposed.

When Harris appeared on 4 November, his case was adjourned for a pre-sentence report to be carried out. He will next appear at the same court on 22 December for sentencing.