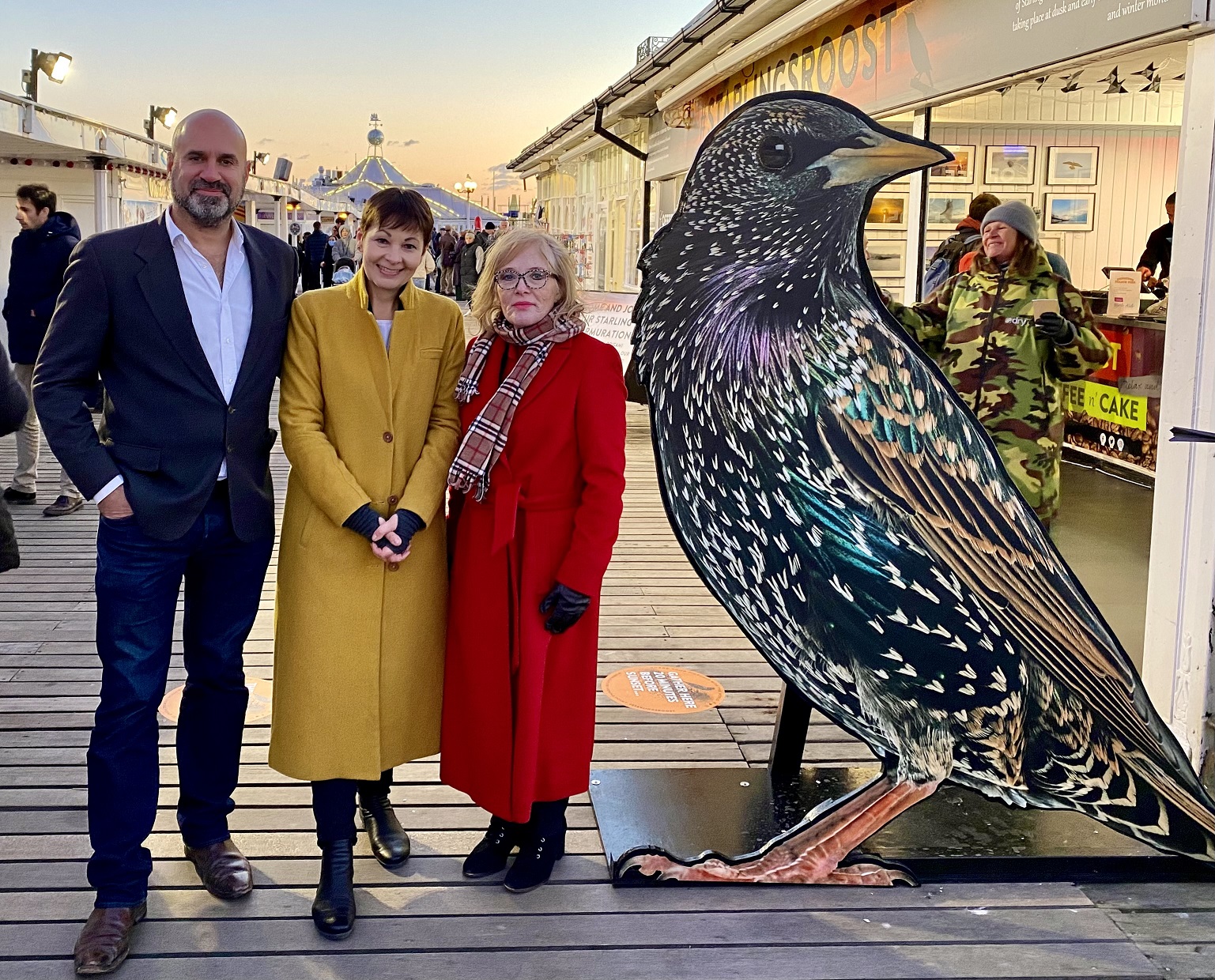 A starling observation post featuring a night-vision camera under the Palace Pier was opened last night by Caroline Lucas MP.

The pier is already well known as somewhere to watch the starlings’ murmurations – where huge flocks twist and turn at dusk before roosting under the pier.

The new observation point, called StarlingsRoost, features a see-in-the-dark camera under the pier so that visitors can now see what they’re up to after they’ve settled down for the night.

The live feed can also be viewed on the pier’s website here.

Murmaration themed artwork by local photographers, information boards about starlings, including how we can best protect their natural environment and stop numbers falling, have also been installed.

And there are origami stations for children to make and decorate their own starling to hang from StarlingsRoost’s ceiling.

Ms Lucas said: “It’s a real pleasure to open StarlingsRoost on Brighton’s Palace Pier today, not only to celebrate our local starling murmuration which brings so much joy to the city, but also to help highlight dwindling numbers of these incredible birds, and how we can all help them survive in the future.

“Simple actions like feeding garden birds through the winter, buying organic fruit and vegetables and helping raise awareness will all make a positive difference to our local starling populations.”

Anne Ackord, CEO of The Brighton Pier Group said: “Brighton’s starling murmurations have been hugely popular with locals and visitors to the city for decades, so it made sense to invite a local group of passionate starling enthusiasts and photographers, who assemble every night in winter to watch the murmurations, to work with the Pier to honour these special birds, and the result is the StarlingsRoost.

“We hope the public enjoy our new free exhibit, learn about starling conservation, help raise awareness, and share photos and videos of the starlings on their social media platforms.”

Local photographer and StarlingsRoost co-creator Alex Bamford said: “Like many other people in Brighton, watching the starling murmurations is a treat during the bleak winter months.