The Piper plays to the tune of post-punk 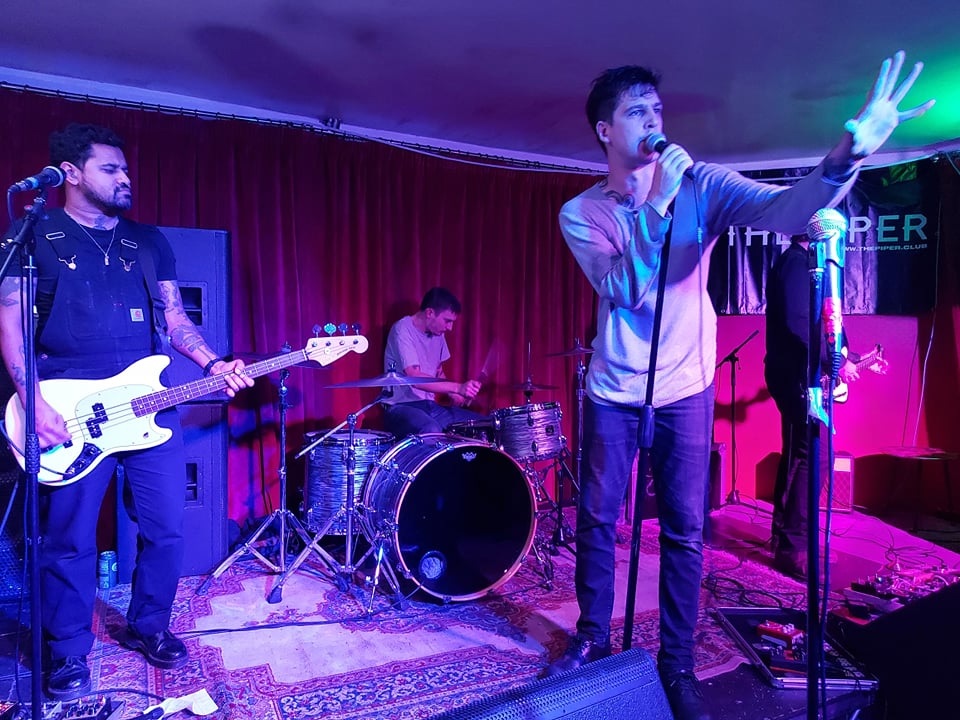 On a bitterly cold Saturday night in St Leonards-on-Sea, when it seemed that most people had decided to stay at home to warm their cockles or save up for Christmas, at the last minute I decided to pop down to The Piper on Norman Road. This live music venue was lucky enough to receive some Government funding during the pandemic and as a result they have been able to line up some fine acts for the general public’s viewing. You may wish to block out December 10th in your diary when top Brighton band DITZ will be supporting The Psychotic Monks. Grab your tickets HERE.

Since my last visit to the venue on the night before the second lockdown of 2020, there have been some physical alterations to the interior where they have knocked down a wall to make the upstairs room considerably larger, increasing the capacity to 200 people, and moved the stage to make best use of the space. Definitely a major improvement in my eyes.

I myself had been humming and hawing about whether to attend tonight’s show after a stressful week at work, but I know from years of experience that live music is often the best medicine. I had been tempted as I had seen Crows play live before, but what swung the decision was the recommendation of our Music Editor, Nick Linazasoro, for tonight’s support band, whom he described as “BRILLIANT!” On that alone I decided that I couldn’t miss out and after a conversation with a friend we decided to grace the venue with our presence. Given the short notice I was not expecting to, or prepared to, review tonight’s gig but this was one of those special occasions where I just had to share my experience. 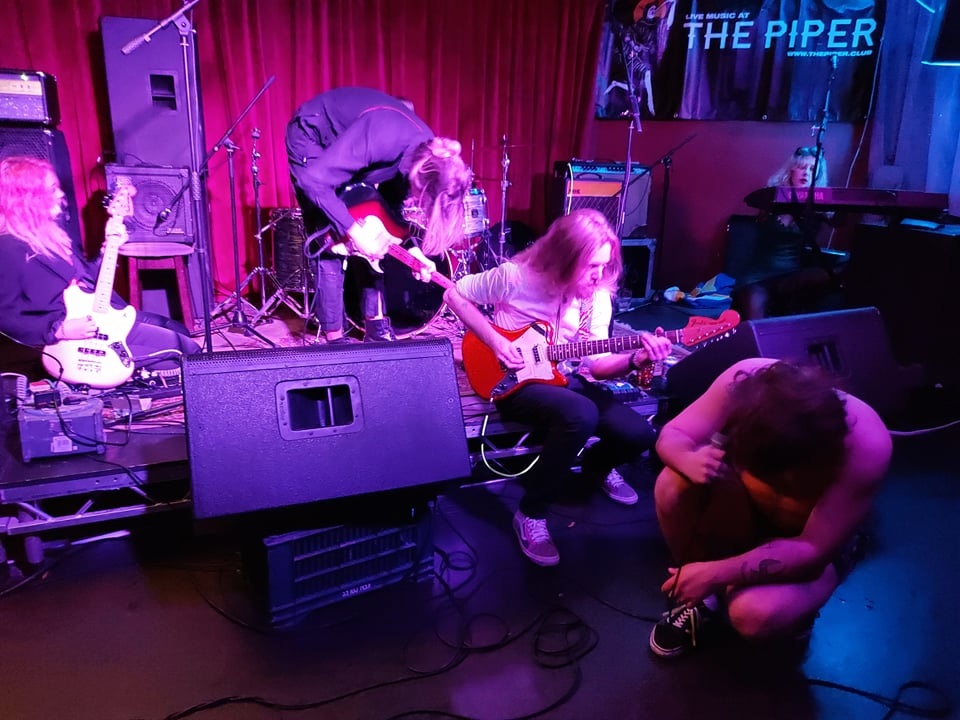 Having briefly intruded on the Wife Swap USA soundcheck, I was liking what I heard from that snippet. We went back downstairs to the bar area and a few minutes later we were joined by a group of young people having a great time and downing drinks like I can only distantly remember from my youth. Unbeknown to myself this was actually tonight’s support band who were well and truly warmed up for the show.

After officially gaining entry to the venue, the band eventually made their way onto the stage. One person down the front hadn’t read the weather forecast, being dressed in shorts!. Next moment he was taking off his long sleeve top, at which point I realised it was actually Harry the lead singer. From the word go it was obvious that there was no danger of him catching cold as he strode around the dancefloor making it his personal mosh pit. The energy of the band was brilliant to witness and I didn’t know where to look as there was so much going on. From Harry jumping onto the bar to perform his vocal duties; to Phoebe lifting up her keyboard and masterfully playing it on her head; to a brief interlude where Matt took off his sweatshirt and woolly hat, whilst Phoebe stripped down to her underwear, though she sensibly kept on her tights on this chilly night for the most part. 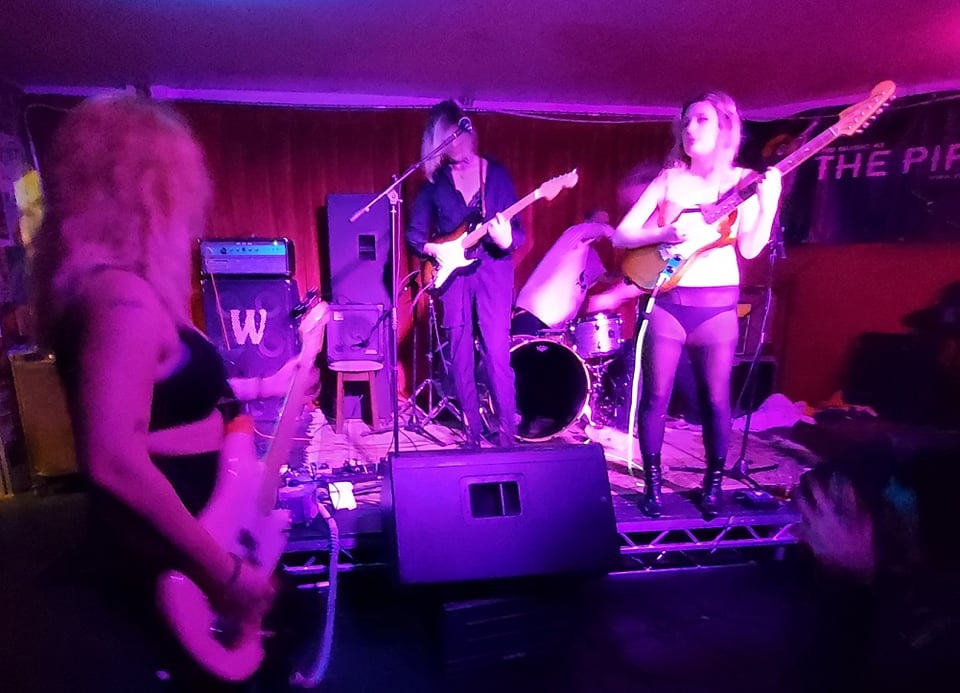 Rarely have I smiled so much during a set by any band as their antics, stage presence, interaction with the audience and lyrics warmed me up, and made the world seem a better place. This was chaos at its best. Even the local comedian I attended tonight’s gig was smiling and could well have some new material from his observations of their show. 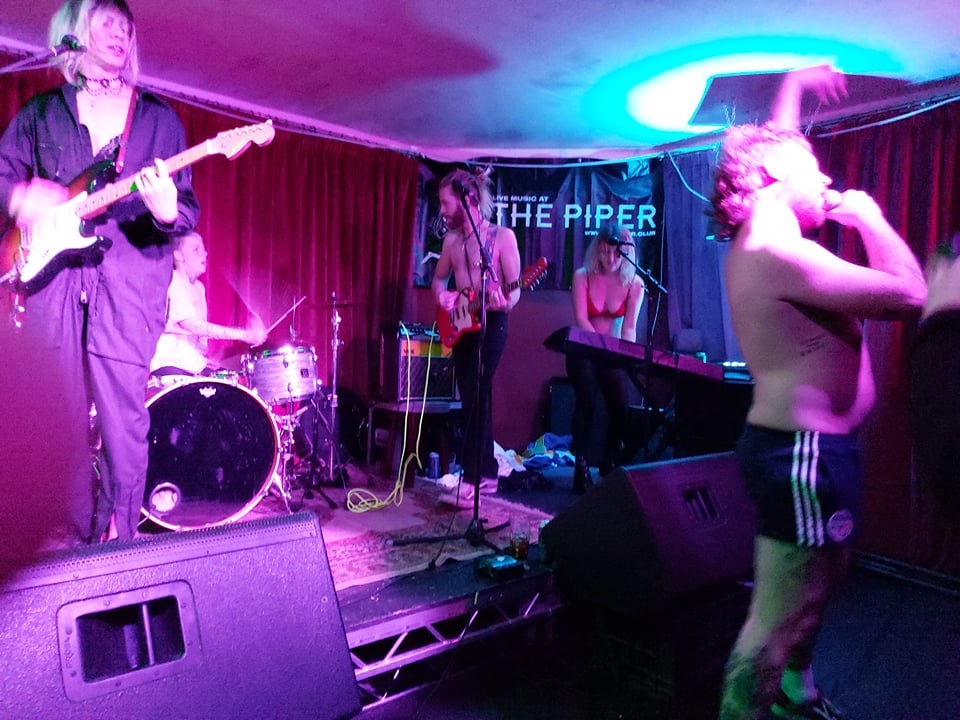 Their next gig is supporting tribute band Nirvana UK at Concorde 2 on December 18th, (tickets HERE) where I suspect there will be more people in attendance for this local Brighton band. If any band deserves a mosh pit, then Wife Swap USA are that band and to those latecomers tonight more shame on you as you missed an extra special set. I look forward to seeing this 6-piece play again soon. I would have purchased their single this evening in cassette format if it wasn’t for my 1990’s stereo being stored in the loft but once released on vinyl in the New Year it will definitely be in my shopping basket.

Wife Swap USA setlist:
‘Sniffin’ USA’
‘I Love The Pub’
‘Snowstorm’
‘You’ve Been At The Bins’
‘I Wanna Play In A Punk Rock Band’
‘I Lost My Virginity’
‘Too Sad To W*nk’
‘Lipstick’
‘I Don’t Wanna Work In A Bar Anymore’ 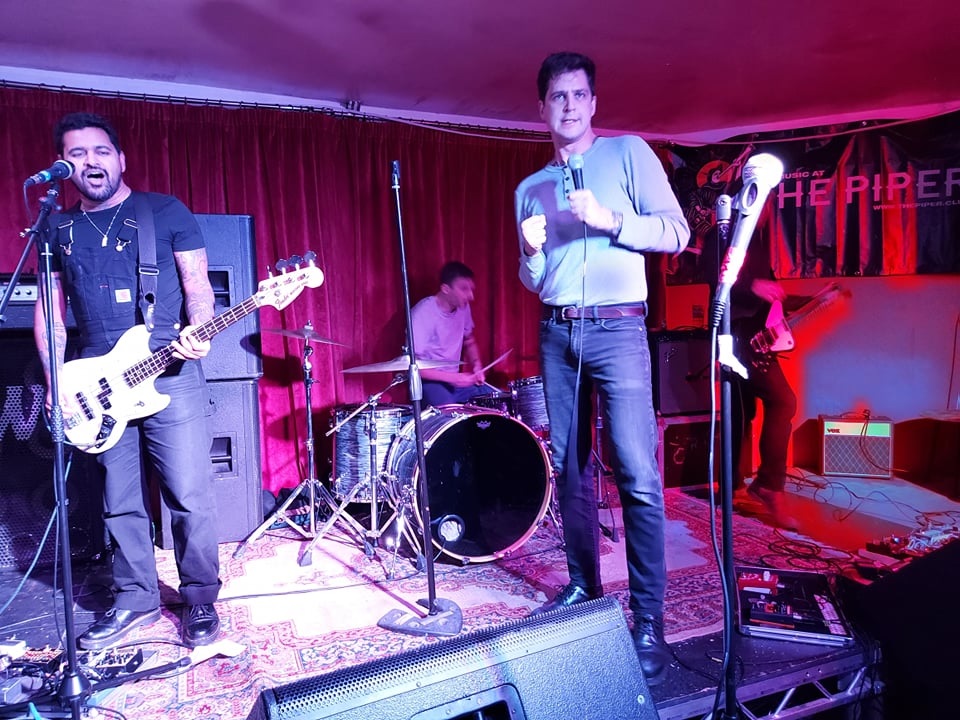 I was familiar with tonight’s headline act Crows having seen them supporting IDLES at Brighton Dome in March 2019. (Read my review on that night’s antics HERE). They had just released their first album ‘Silver Tongues’, which was apparently recorded in near darkness adding to the demeanour of their music, and played an accomplished set that night in monochrome lighting, which left me looking forward to seeing them play live again. Unfortunately due to circumstances beyond my control this had not been possible until tonight. So given they had played some large venues in support of IDLES it was a coup for The Piper to get them down here from North London, and though not sold out the venue was filling up nicely by the time they arrived onstage.

They opened their set with the title track from their album ‘Silver Tongues’ and proceeded to play four more from the album during the set: ‘Wednesday’s Child’, ‘Empyrean’, ‘Hang Me High’, and ending the set with ‘Chain Of Being’ which provided the best mosh of the night including band members of Wife Swap USA. Throw in a couple of old favourites ‘The Itch’ and ‘Whisper’ and it made it virtually impossible to pick a favourite track from their set which is a good sign.

There were two microphones on stage and once again, as at Brighton Dome, I thought lead singer James Cox would be making use of them, but one was soon discarded. James has the look of the perfect frontman for the band and with his mesmeric Ian Curtis like dancing it makes it hard to focus on the rest of the group who get on with their jobs so professionally, though saying that the energy of drummer Sam Lister did occasionally manage to take my eyes off the lead singer. James also made good use of the floor as he regularly wandered into the crowd, getting up close and personal with yours truly on several occasions as his powerful vocals took over the room. 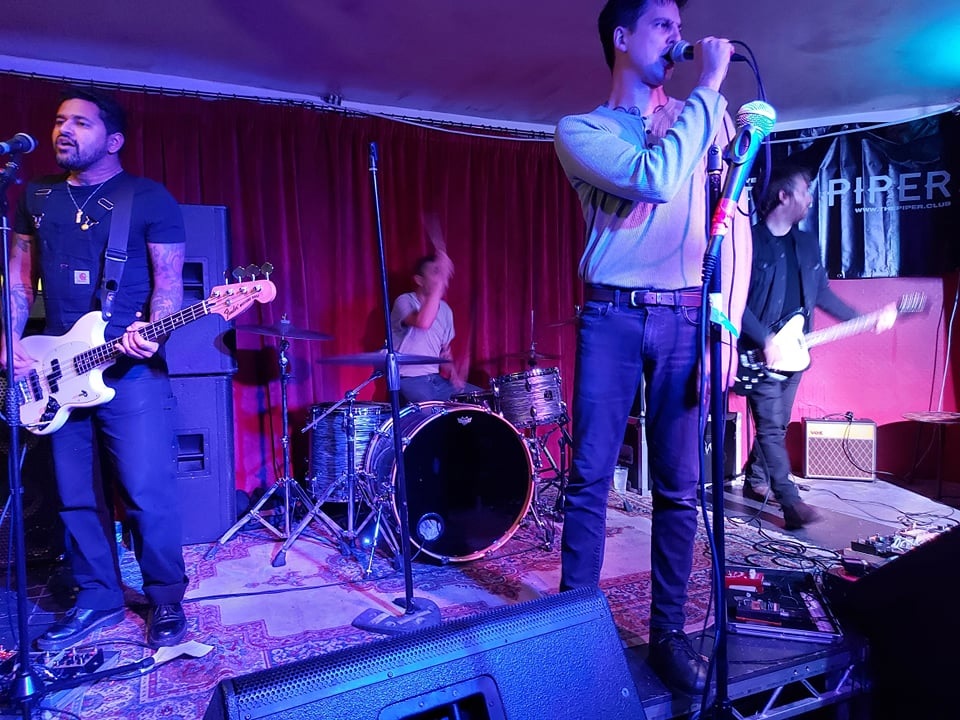 Their dark intense post-punk sound comes over well in a live show. Most impressively there was not even a hint of the slightest error from Jith or Steve on guitar duties. Tonight the lighting was more colourful but it didn’t impact on their quality, though again I feel darker lighting would have added to the atmosphere their music creates.

Having signed with Bad Vibrations their next album is due for release in March next year and on hearing some of their new material it will be a worthy addition to my record collection. With very little opportunity to play live in the past 20 months, they showed their gratitude by putting on a great show tonight. I would not be at all surprised if they get to play larger venues in future and I am hoping that their long anticipated second album will give them their next step up the ladder, though I would be more than happy to see Crows return to play this intimate venue as a warm-up gig for somewhere like Brixton Academy.

The stark contrast in styles between the two bands made this the perfect gig for me and I really enjoyed both sets. You don’t get much for £7 these days but based on value for money this was 10 out 10. 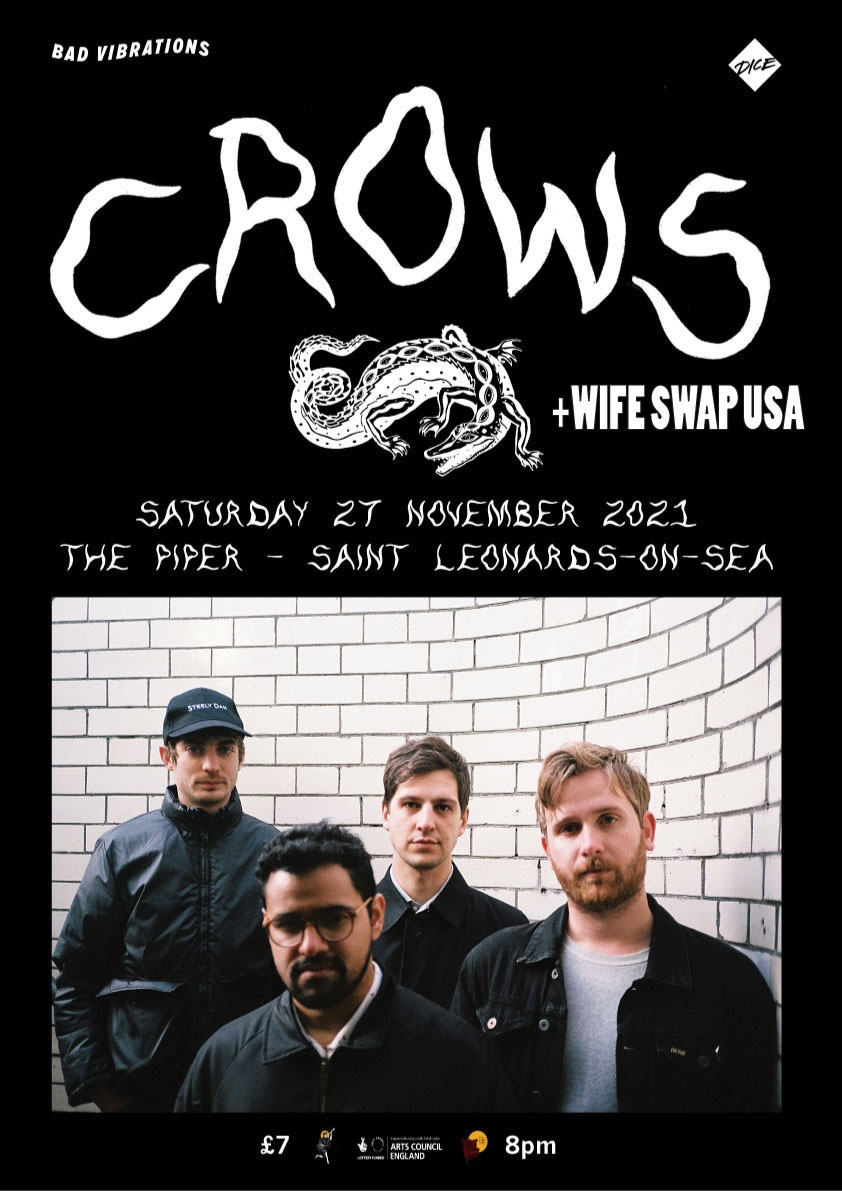 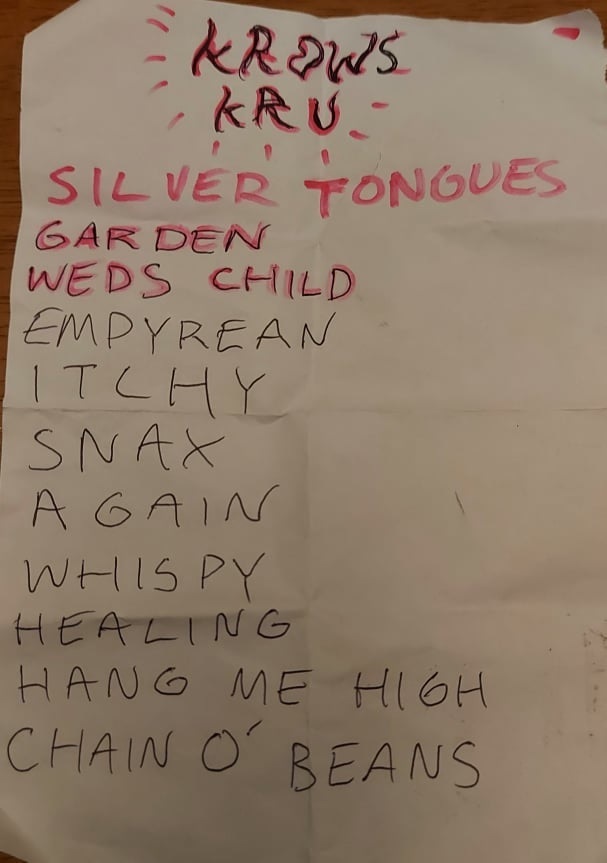 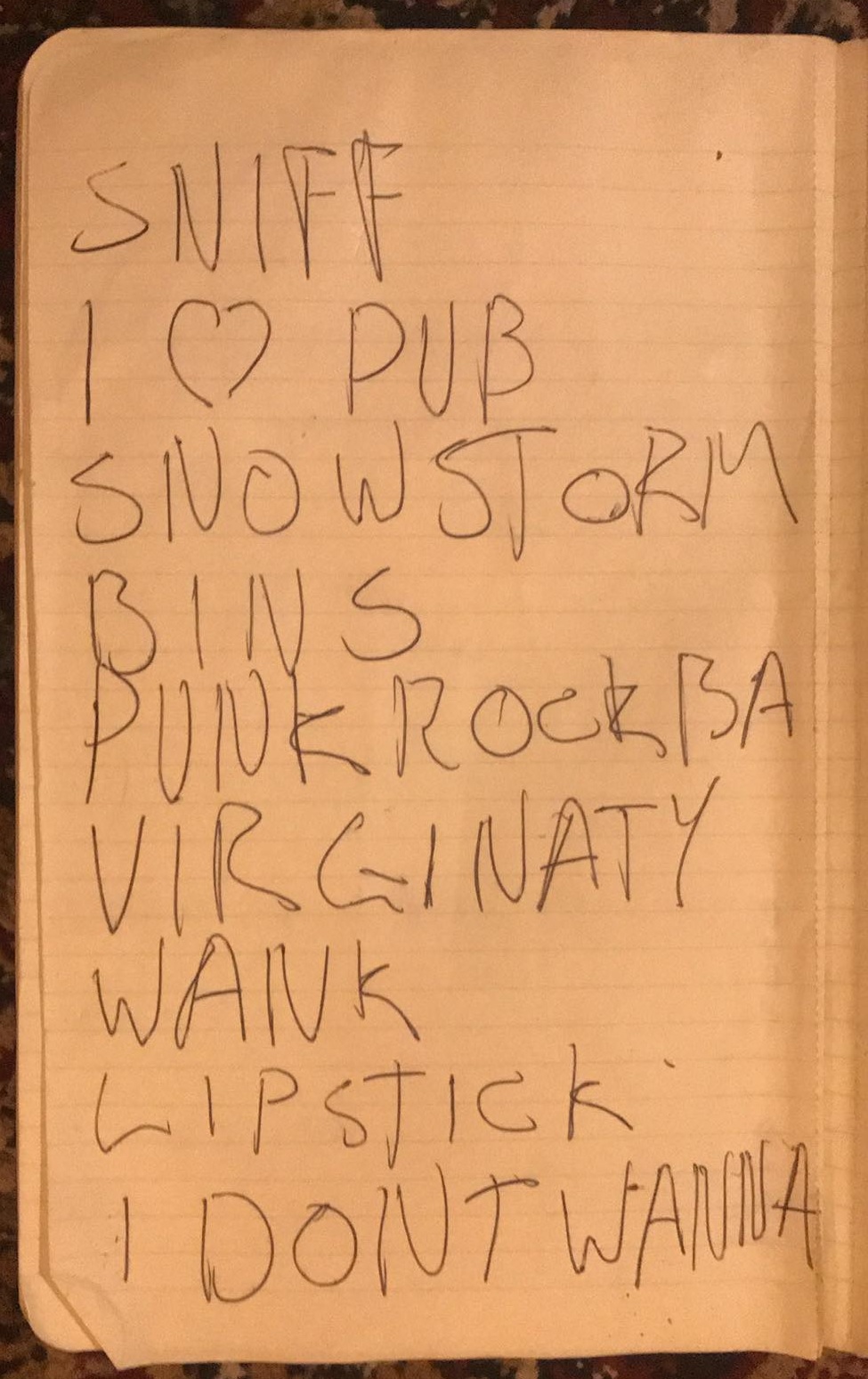