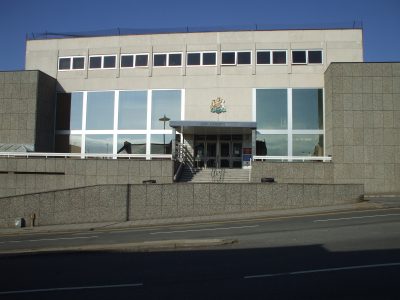 A Hove artist was left terrified after a complete stranger started stalking her after attending her Artists Open House exhibition.

Willow Ebbs, 42, sent increasingly strange messages to Lucy Evans, some referring to someone called Alex who was telling Ebbs that Ms Evans was her girlfriend.

Ms Evans called police after Ebbs turned up at her doorstep, and was caught on camera by her Ring Doorbell.

Officers warned Ebbs to stop – but she turned up again to post an envelope containing rambling letters in it, terrifying Ms Evans. 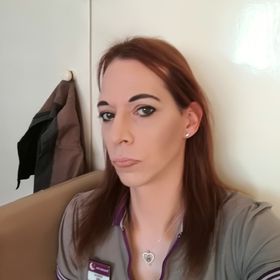 Prosecuting at Brighton Magistrates Court yesterday, Martina Sherlock said Ebbs was following Ms Evans on Instagram, which is where she found out about the exhibition in May this year.

Ms Evans did not remember meeting her there, but after the event, Ebbs sent her a message via Instagram just saying “Hello, I just wanted to say hello.”

Ms Evans found it to be strange but was pleasant back. In July, Ebbs asked about buying a mirror from her – but soon after sent another message which said: “The sound in my head is telling me you have a crush on me.”

Ms Evans found this alarming, and blocked Ebbs on Instagram. She spoke to a couple of her friends, who noticed that Ebbs had also started following them on Instagram.

In September, Ms Evans saw footage from her Ring doorbell which showed Ebbs at her doorstep ringing the doorbell.

She spoke to one of her friends again, who said during an Instagram conversation with Ebbs, she had said she had thoughts of wanting to harm women.

Ebbs then returned once more to her house, and rang the doorbell.

Miss Sherlock said: “This caused her so much distress she fled her house and stayed at a hotel and then at a friend’s house.”

Ebbs left a message saying she had “called Alex’s bluff” and gone and rung the doorbell, adding “Sorry, Lucy”.

On 4 October, Ebbs was arrested and warned not to contact Ms Evans again. However, on 18 October, Ms Evans’ Ring doorbell app on her phone sent her a brief clip of Ebbs once again on her doorstep.

When she got back, she found an envelope with a note on the front saying it was safe for Lucy to read.

She did not open it, but the police did, and found three letters written in various styles describing her love for Ms Evans, and her need to see her and speak to her.

They said the attraction has been caused by voices in her head. Ebbs also wrote that she knew she could be locked away, but she didn’t care.

At interview, Ebbs said it was the voice of Alex telling her Lucy is the person she’s meant to be with and telling her to go and see her.

She said she was glad Ms Evans hadn’t been in when she had rung the doorbell.

In a victim impact statement read out in court, Ms Evans said: “Since Willow came to the door, my confidence has tailed off. I feel unsafe in my own home and I feel she could return at any time.

“Any noises I hear from outside, I blanch in fear, fearing it could be her returning.

“I feel I can’t got out unless it’s absolutely necessary. It’s completely out of character for me.

“I feel I’m completely relying on my Ring doorbell being charged enough to capture if she returns.”

The court heard Epps has 19 convictions for 32 offences, including violent assaults, drugs, dishonesty, breaching court orders and criminal damage- all dating from at least eight years ago.

Defending, Ed Fish said the stalking had happened as Ebbs was struggling to seek help from mental health services.

She has since been seen at Millview who say she is not psychotic, but have prescribed her antidepressants.

Ebbs was given a 26 week prison sentence, suspended for 24 months, and required to complete 15 rehabilitation days and 80 hours of unpaid work.

She was also given a restraining order forbidding her from entering a large area of Hove around Ms Evans’ address.