Man jailed for driving in Brighton while banned

A man has been jailed after being found driving in Brighton even though he was banned. 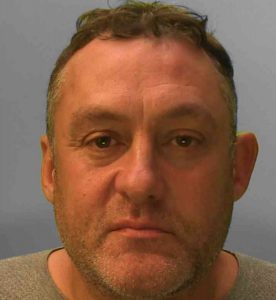 Warren Valerio, 51, gave a false name to police and said that he had no identity documents when he was stopped on the A27 at Falmer on Wednesday 17 November.

He was caught by the East Brighton Prevention Enforcement Team after officers were alerted to his black Volvo because it had false number plates.

PC Kevin Stephenson said that the Volvo was stopped and officers spotted the real number plates in the boot.

Valerio was arrested on suspicion of fraud by false representation and his identity was later established in custody.

He turned out to have just a provisional driving licence after being given a 10-year driving ban in 2007 when he was told to take an extended retest before driving again.

But since then, Valerio, of Southfields Court, in Southfields Road, Eastbourne, has been caught driving while disqualified 18 times and has not taken the extended retest required.

The magistrates jailed him for six months and ordered to pay a £128 victim surcharge. He was also banned for a further two and a half years.

PC Stephenson said: “Valerio has been repeatedly caught for driving while disqualified and only holds a provisional driving licence.

“And drivers using vehicles without a valid MoT test certificate put the safety of other road users and the general public at risk.

“This court result demonstrates our commitment to keeping the roads in Sussex safe, and ensures a potentially dangerous motorist has been taken off our roads.”