Brighton doorman jailed for 20 years for rape and false imprisonment

A Brighton doorman has been jailed for 20 years for raping two women and was told that he would spend four years on licence after his release.

Sarjo Jatta, who turned 45 yesterday, of Denecroft, Eldred Avenue, Brighton, denied two counts of rape, a charge of sexual assault and another of false imprisonment.

But the father of two was convicted by a jury at Lewes Crown Court in September after he caused an earlier trial to collapse.

A statement from one of the victims was read to the same court today (Friday 17 December) by Jennifer Gray, who prosecuted the case.

The victim said that she said that she had suffered physical pain after being raped as well as anxiety, sleeplessness and depression since.

She was extremely distressed, had dropped out of university and become afraid to go out and was very wary when she did, adding: “This has changed me – and my life – forever. I’m so glad that I came to the police.”

At Lewes today, Jatta was given an extended 24-year sentence by Judge Christine Laing, the honorary recorder of Brighton and Hove.

Judge Laing said that Jatta targeted one victim – an 18-year-old student – at the Coalition night club, on Brighton seafront, where he had worked and was known by staff and others.

The judge said: “She believes that you bought her a drink in the club and from then on she has no memory until she woke in your bed.”

Her drink appeared to have been spiked although the judge added that there was no evidence to prove that Jatta was to blame.

She said: “That doesn’t matter because it was blatantly obvious to you from her state … that she was utterly unable to protect herself and it was that that caused you to target her.”

His other victim was intoxicated and walking home along the seafront when Jatta, who was working as a security guard at a casino, spotted her and offered her a lift home.

Judge Laing said that Jatta lured the 22-year-old woman to his car in the basement where he falsely imprisoned her, then sexually assaulted and raped her on Saturday 8 February last year.

She said: “Because you told her that you were a security guard, she accepted your offer – something she will no doubt regret for the rest of her life. 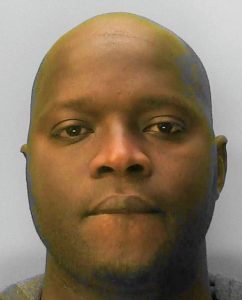 “You are very capable of doing good but you have a dark side to your character. You continue to deny these matters and you have shown not one ounce of remorse.

“You deliberately targeted these women because they were drunk. You have a sense of entitlement as far as drunk women are concerned.

“Emphasising your position as a security guard, undoubtedly both women felt safe with you.”

Judge Laing said that Jatta had an “obvious belief that drunk women are yours for the taking”, adding that he presented a serious risk of harm in the future.

She passed an extended sentence to protect the public, with nine years in prison for one rape and 11 years for the other, to be served consecutively.

He was also jailed for four years for the sexual assault and two years for false imprisonment, to be served concurrently. Jatta will be a registered sex offender for life.

Jatta was found not guilty of four counts of sexually assaulting a 19-year-old woman in December 2011 and raping an 18-year-old woman on Friday 18 August 2017.

Detective Constable Stewart Cameron said: “Jatta was clearly a predatory offender against young women, taking opportunities to victimise them when they were in vulnerable situations.”