Councillors plan to discuss proposals to cut admission numbers at seven primary schools at a special meeting next month.

Parents, teachers and governors at three Brighton primary schools heard about the special meeting as they asked members of Brighton and Hove City Council to reject the proposals.

During a 55-minute debate yesterday (Thursday 16 December) councillors from all parties praised campaigners for standing up for Bevendean, Carden and Woodingdean primary schools.

Protesters gathered outside Hove Town Hall beforehand. They had hoped to lobby members before a meeting of the full council.

But the council meeting was scrapped because of coronavirus-related public health concerns, with the rapid spread of the omicron strain.

Instead, leading councillors held a virtual “public engagement meeting” at which they received three petitions about admission numbers signed by more than 5,000 people in total.

Campaigners do not want Carden to become a “one-form entry” school. It currently has two forms of entry – or a PAN (published admission number) of 60 reception pupils a year. At Bevendean and Woodingdean, the battle is to stop a drop from 60 pupils to 45.

Some of those outside the town hall were there to support Rudyard Kipling Primary School, in Woodingdean, although its petition did not attract enough signatures to secure a debate.

During the meeting, parents Laura Bissonnet and Leila Erin-Jenkins spoke on behalf of the Carden and Bevendean campaigners respectively. Woodingdean Primary’s head teacher Gemma Chumnansin spoke about her school.

Each of them said that their school was rated good by Ofsted, serve deprived communities and had a significant number of youngsters with special educational needs.

Green councillor Hannah Clare assured petitioners that her mind was not “made up”.

She said that she would call a special meeting of the council’s Children, Young People and Skills Committee to ensure members had enough time to analyse responses to the current public consultation. 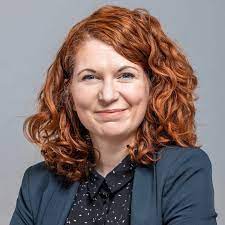 Councillor Clare, who chairs the committee, said: “I’m never surprised about people campaigning for their school community. We had campaigns about people’s communities last year.

“People are rightfully campaigning about what they feel is best for their area and rightfully fighting for their schools – and I would never expect people to do anything less than that.”

The council has proposed reducing admission numbers at seven primary schools. They are

Officials have forecast that just parents will apply for just 1,930 reception year places in September 2025 – down 20 per cent from this year.

To keep to government-approved limits – allowing for a 10 per cent surplus of places – the current reception capacity of 2,820 needs to be reduced by 540 over the next three years.

Councillor Clare said that the council’s school admission projections were 96 to 98 per cent accurate.

Conservative councillor Vanessa Brown said that it was frustrating that some of Brighton and Hove’s bigger schools had refused to cut their admission numbers when asked.

This year four local schools had successfully appealed against a cut in admission numbers – from four forms to three or from three forms to two – starting from September 2022.

She said: “Personally, I would much prefer the larger schools to reduce their PAN rather than the smaller ones.

“But as we have heard, we’ve already discovered that if a school is regularly oversubscribed and appeals to the Schools Adjudicator, their appeal is usually upheld on the grounds of parental choice.

“It was with great reluctance that the present schools were suggested.”

Green councillor Zoe John said that the committee felt connected to local schools and had been listening to parents.

She said: “I understand from much of the feedback that there’s been a sense that it is an open and closed case where the decisions have already been made.

“That is quite contrary to what’s happening and why we are so intent on having such an important consultation.”

Councillor John wanted to reassure everyone who had signed the petitions that the committee was listening and wanted the best for the schools.

She said: “Attendance at virtual or face-to-face meetings with parents and teachers has been invaluable in informing us of the serious concerns that exist on this issue.

“Tough choices will have to be made. If we do nothing, we face losing schools. And if we do something, then it may still be the case that schools close. But we will have a better chance of preventing that occurring.”

Labour councillor John Allcock said that it was not possible to reopen a school as a state school once it had closed. It would have to be an academy.

He said that the council did not want to see schools close when they offered an excellent education for disadvantaged children. 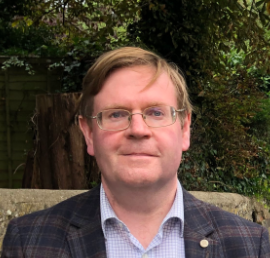 Conservative councillor Alistair McNair, who represents Patcham ward and serves as a governor at Carden Primary School, said that the school had 50 pupils in each year.

Councillor McNair said that children from the area would face long journeys if the school could only accept 30 pupils a year.

He added: “The school has a renowned ‘speech and language centre’ which enables struggling pupils to join mainstream classes helping their progress and integration. Where will they go?”

She said that she was aware of more families moving into the area and believed that more parents would want to send their children to local schools.

Councillor Simson said: “I urge all councillors who will be voting on this decision to consider the children and their education first.

“That’s what you’re there for. Please do not agree any recommendation for either of the schools in Woodingdean to reduce their PAN.”

Independent councillor Kate Knight, who represents Moulsecoomb and Bevendean ward, said that there was a lot of comment about parental choice but it was “just a word” for many.

She said: “Parental choice only exists for people with cars or with the budget to move to where they want to be. So let’s not pretend there is a parental choice because there isn’t for a lot of people.”

The public consultation is on the council’s website until Sunday 2 January.

The date of the special Children, Young People and Skills Committee has not yet been set but is expected to be late next month.