Two new bus lane cameras made more than £2.2 million in their first full year of operation in the centre of Brighton. 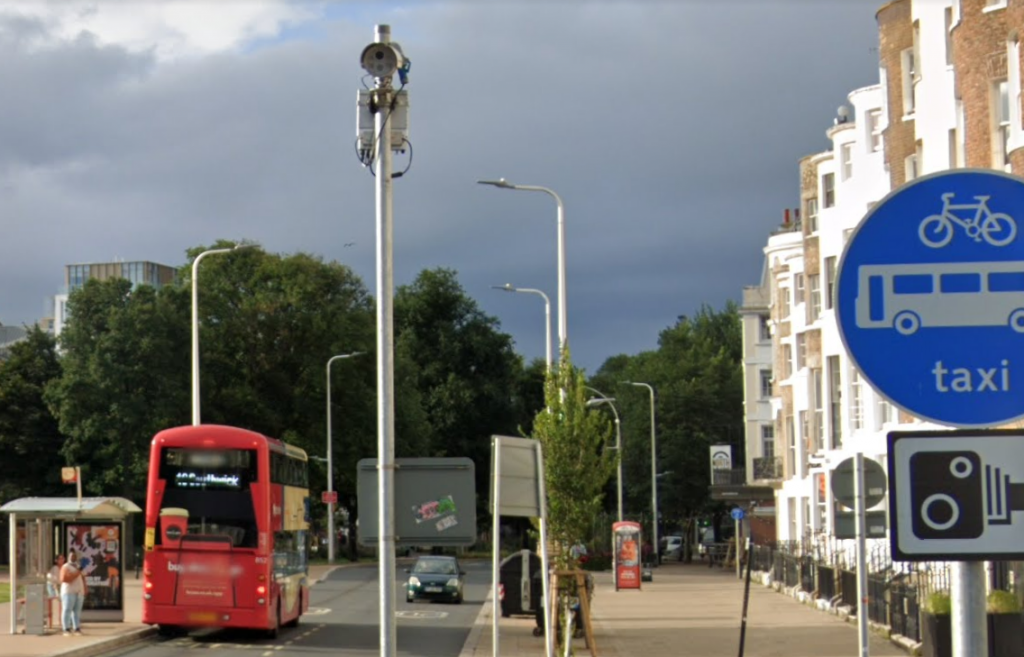 The cameras were installed as part of the Valley Gardens revamp and snared 84,000 drivers – or 7,000 a month – since they went live in January last year.

The revenue raised from the two camera sites alone was almost more than three times higher than the £774,000 generated by all the bus lane cameras in Brighton and Hove in 2020.

And the number of drivers ticketed after being filmed in one location, York Place, amounting to 54,441, was almost double the entire number of tickets – 28,425 – issued by all cameras in 2020.

Councillors from across the political parties expressed incredulity when they first heard that thousands of drivers were being ticketed for being in the new bus lanes – or “bus gates”.

A Green councillor, Jamie Lloyd, even admitted that he had been ticketed himself at a town hall meeting in the autumn.

The former Labour leader of the council, Nancy Platts, told the same meeting: “An inordinate number of people are being caught out.

“It doesn’t sound humanly possible to issue that many tickets. It sounds like we need to improve the signage. I can’t imagine that number of people deliberately disobeying the traffic regulations.”

And Conservative councillor Robert Nemeth said: “There must be something wrong with the bus gates. There can’t be that many crazy motorists who are intent on breaking the rules.”

The details about the number of drivers being ticketed emerged in response to questions from Councillor Nemeth.

Five cameras monitor vehicles along Valley Gardens, where the £11 million new road layout bars cars from the bus lanes on the western side.

The car ban applies to Marlborough Place, St George’s Place, York Place and St Peter’s Place and came in as part of the two-year revamp of Valley Gardens, completed in September 2020.

“Local traffic” is allowed although not everyone appears to understand the extent of the word “local”.

And some councillors said that people were unfamiliar with the term “bus gates”, with the painted signs on the road already fading.

The national Traffic Penalty Tribunal, which rules on appeals against fines for driving in bus lanes, said: “The term ‘bus gate’ is interchangeable with ‘bus lane’ in terms of enforcement of regulations.” 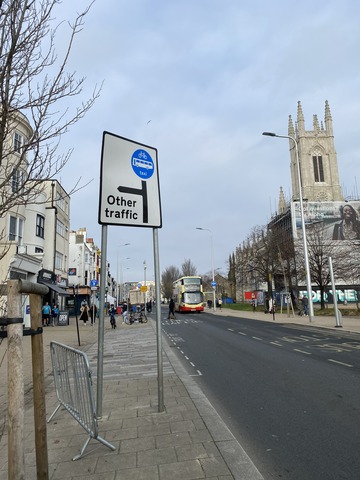 Brighton and Hove City Council started sending warning letters to those who strayed into the bus lanes from September 2020 and, from January 2021, the council has been issuing £60 tickets.

Since then the York Place camera has caught 54,441 drivers and the camera in Gloucester Place has snapped 29,506.

Council officials said that fewer than 100 appeals relating to the two cameras were upheld by the Traffic Penalty Tribunal last year, with almost 200 rulings in the council’s favour.

In total last year 20 bus lane camera sites across Brighton and Hove generated £3,669,000 for the council.

Last year there were seven camera sites that raised six or seven figures compared with two six-figure sites the year before and eight in 2019.