Teachers at one of the main independent schools in Brighton could go on strike in a row over pensions. 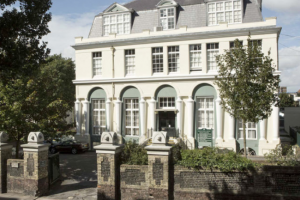 If staff walk out at the Girls’ Day School Trust, a coalition of more than 20 schools which includes Brighton Girls, it would be the first strike in the trust’s 149-year history.

A ballot was held over the trust’s plans to leave the Teachers’ Pension Scheme (TPS) which included staff at the school in Montpelier Road, Brighton.

Members of the National Education Union (NEU) voted 95 per cent in favour of strike action, on a turnout of 84 per cent.

The NEU – the recognised union for staff across the schools run by the GDST – said that leaving the scheme would leave some teachers 20 per cent worse off in terms of annual pension payments.

It said that teachers had experienced a “steady decline” in their standard of living over several years, with pay rises below inflation and a pay freeze over the past academic year.

The union said: “If they were to lose the Teachers’ Pension Scheme as well, their pay and remuneration would be significantly worse than local state schools.”

The union added that the trust’s finances were “in good health” and that the pension scheme – a “contractual right of GDST teachers” – was “affordable”.

It said that the trust had chosen to “spend heavily on capital expenditure” at the expense of its teachers and head teachers.

The NEU said: “Staff are also angry that their employer has threatened them with a policy of ‘fire and rehire’ to drive these changes through.”

A growing number of private schools have chosen to leave the TPS after the government raised the rate of employers’ contributions by 43 per cent in 2019.

The NEU’s annual conference was told that 147 independent schools had left the scheme since the start of September 2020, according to the TES (formerly the Times Educational Supplement) last April.

The NEU’s joint general secretary Kevin Courtney said: “We call on the council of the Girls’ Day School Trust to withdraw the proposal to leave the Teachers’ Pension Scheme.

“This is an exceptionally strong mandate. The trust should reflect on just how a large body of committed and hard-working staff have reached this point. Members are resolved and rightly determined to defend their pensions.

“We sincerely hope that strikes can be averted. We call on the GDST to withdraw the proposal to leave the Teachers’ Pension Scheme.”