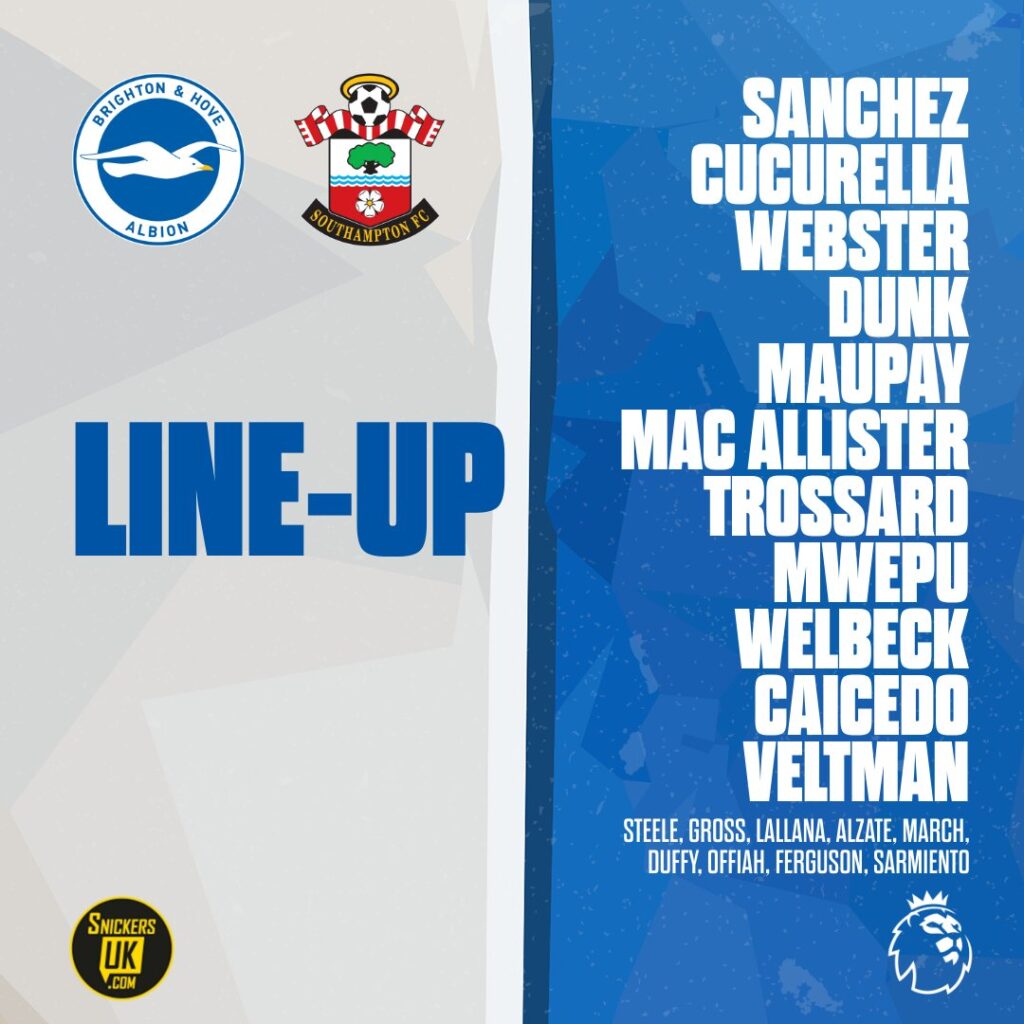 Albion look to climb back into the top half of the Premier League as they face Southampton at the Amex this afternoon (Sunday 24 April).

Adam Webster is restored to the starting line up at the centre of defence and Moises Caicedo is due to make his home debut in midfield.

Both Neal Maupay and Danny Welbeck start up front.

Albion’s recent form against the Saints has been patchy.

But the Seagulls could finish above today’s opponents for the first time since 2011 if the plan for a top-half finish comes to fruition.