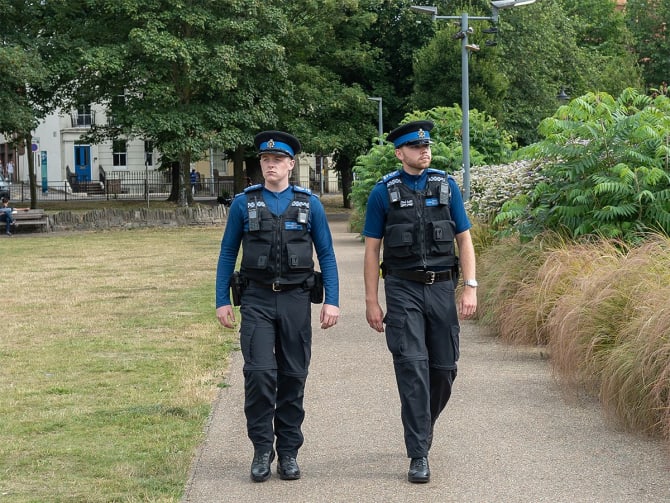 Stock image of police officers on The Level

A group of girls who confronted a sex pest who went on to assault a young woman twice could hold the key to catching him, police say.

The 20-something victim was followed by the man, a stranger, as she walked north from the North Laine area shortly before 1am on Friday, March 25.

Police today released a witness appeal, saying they would particularly like to speak to the group of girls.

The suspect harassed and sexually assaulted the young woman both on the Level and in a property in Upper Lewes Road shortly after.

He is described as being mixed race, around 5ft 8in tall and of a medium build. He was wearing a dark jacket and jeans and had a right eye that was nearly closed.

Police would like to speak to anyone who saw anything suspicious around that time, particularly a group of girls who confronted the suspect on the Level.

If you have any information which could help, contact police online or by calling 101, quoting serial 045 of 25/03.