Council tenants across Brighton and Hove have complained about the continued missed recycling and rubbish collections affecting homes in narrow roads.

While bin lorry crews blamed parked cars for obstructing the roads, at least one resident said that they sometimes drove straight past even when there were no obstructions.

People living in Hollingdean and Mile Oak have called for an improved service after their collections were missed for weeks at a time.

According to the meeting papers, residents have complained that recycling has been collected from Stonery Close just three times since last August.

And they said that those collections were only made after they contacted councillors who then contacted Cityclean, the council’s rubbish and recycling service.

They said that the street’s recycling bins regularly overflowed because people living in neighbouring streets also used the communal bins.

In the meeting papers, Cityclean head of operations Melissa Francis said: “Cityclean management will undertake an investigation into the missed collections at Stonery Close and put in measures so that it returns to weekly collections.

There are similar issues in Hollingdean. Since January, some of the recycling bins in Southmount, off Davey Drive, have not been emptied, residents said, although a partial collection took place on Thursday 24 February.

According to a report to the council’s North Area Housing Panel next Wednesday (18 May), refuse workers did not empty the street’s bin sheds for a month earlier this year.

Dunster Close had no rubbish collections from Thursday 23 December to Friday 4 February – and refuse and recycling was all put into the same lorry on Tuesday 8 March.

Ms Francis said: “With regards to Dunster Close, this location has been moved to the small calls round and this has led to an overall improvement in collections.

“There will be times when collections are missed due to vehicle breakdowns or staff shortages.” 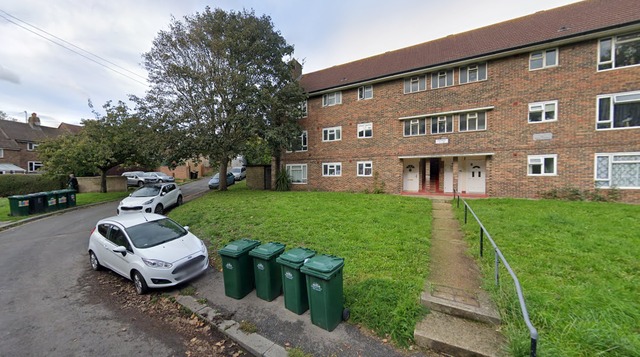 According to the meeting papers, at least one Dunster Close resident said that, while Cityclean said blamed the problem on obstructions from parked cars, the bin lorries had been seen to drive straight past even when there aren’t any obstructions.

Ms Francis added that just 1.2 per cent of Brighton and Hove’s waste went to landfill and that 30 per cent of waste was recycled.

Any items that could not be recycled but were in a recycling bin would go to the “energy recovery facility” in Newhaven.

Four area panels are due to meet next week, on Tuesday and Wednesday, with some people attending in person for the first time in two years. Others may attend remotely, using Zoom online video conferencing technology.

The West Hove and Portslade Area Housing Panel is due to meet at Hove Town Hall at 2pm on Wednesday (18 May).

The North Area Housing Panel is due to meet at 7pm on the same date at Hollingdean Community Centre, in Thompson Road, Brighton.