There were tears in court 1 at Hove Crown Court today (Friday 20 May) as the parents of Bill Henham spoke about their loss.

Ian and Debbie Henham also addressed some of their remarks to the four men who murdered 24-year-old Mr Henham at a new year party on Wednesday 1 January 2020.

Only two of them were in the dock. The other two – Gregory Hawley and Dushane Meikle – lacked the courage to come to court, the judge Sir John Cavanagh, known as Mr Justice Cavanagh, told the crowded courtroom.

Hawley and Meikle were jailed for life and ordered to serve a minimum of 25 years for their leading role in the murder.

Alize Spence was given custody for life and Lamech Gordon-Carew was detained at Her Majesty’s pleasure – with both ordered to spend a minimum of 18 years behind bars.

Read our report about the sentencing here.

They murdered Mr Henham, a former BHASVIC student, by beating him mercilessly in an unprovoked attack in a squat in North Street, Brighton.

They then stripped his body and dumped it in a recess, having used bleach to try to hide the evidence of what they had done.

Mr Henham’s father, Ian, said: “Your joint act of brutality that night stole our son’s life away from him.”

He said that the verdict “can’t assuage our grief or loss which is unfathomable”, adding: “It can’t bring Bill back. But what it does do, rightly, is to punish the offenders.

“We are so angry for what these men did and grateful for the justice they will receive. Sadly, however, no sentence will give us Bill back.”

Mrs Henham, a nurse, spoke first. She said: “How do we start to sum up what has happened to our family in just a few words on a piece of paper? Impossible.

“We are bereft. The feelings of loss are visceral. We have lost someone so special to us that at times we can’t function.

“For the past two and a half years we have existed, not lived. Our emotions have ranged from horror and shock to absolute pain and then total anger. 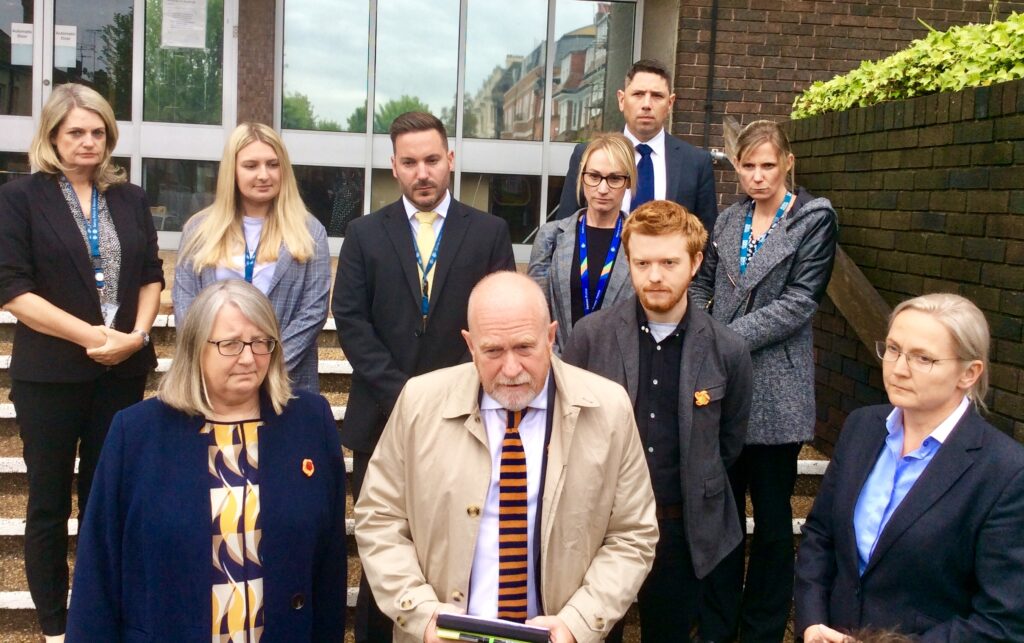 “For many months we blamed ourselves that what happened to our son was a direct result of our failings in some way – that we hadn’t prepared him properly and that we should have made him more aware of the dangers in life. No amount of kind words can stop this horror.

“How anyone can do such things and call themselves human is totally beyond our comprehension.”

“There is no word for a parent who loses a child – that’s how awful it is.

“That our loss has been caused by an act of brutality has left us in despair and our grief is relentless.

“For every right-thinking parent, the most important thing in one’s life is to nurture your children … to care for them, feed them, teach them, shelter them and, of course, love them.

“This we did unconditionally for Bill – and with every fibre of our being from his very first breath.

“Sadly, though, we weren’t there for his last. Others were. But as we’ve heard, they did nothing to help him in his final tortured moments, screaming out and likely wondering if anyone would help him.

“For us to see the final CCTV pictures of him, across the road from the squat party, totally unaware of the fate that would befall him, is heart-breaking.

“We’ve shouted at the screens: ‘Don’t go in there, Bill!’ But we can’t speak to him and he can’t hear is. Instead, we’ve seen a white silhouette of a crouched figure lying lifeless and naked on a derelict rooftop.

“Billy will always be in our hearts. He was a gentle and lovable young man. Just into his 24th year, he had his whole adult life stretching out in front of him.

“He loved watching and making films. It was what he wanted to do as a job and was what he had been studying at university. He like reading books, drawing, buying clothes that he couldn’t afford on a student loan and taking photographs.

“He was a young man who had intellect, a creative free spirit and an ability to make those around him feel good. He had many friends who loved him and who continue to send us messages about how much they miss him, his cheery ways and his winning smile. 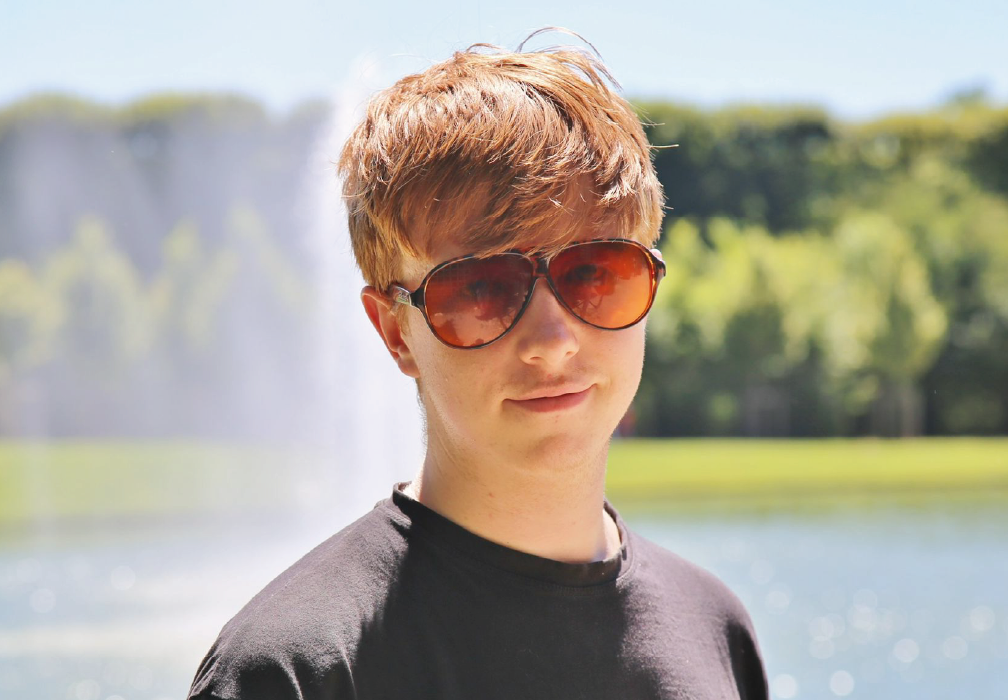 “The impact on us and our wider family has been huge. The disbelief and trauma has not only affected us but also his elderly grandparents, uncles, aunts and cousins.

“Debbie and I have both stopped work – Debbie as a nurse and myself as an architect. The tragedy meant Rory delayed his postgraduate studies although he has now finished his masters degree.

“We know that Billy would have been proud of his younger brother. Only time will tell how much normality in our lives we will ever regain.

“Bill’s ashes are still at home with us. We heard last week that a bench his friends had crowdfunded for has now been installed by Brighton and Hove City Council.

“It’s on a hill overlooking the city where he and his friends would often meet. We are planning on leaving some of Bill there to enjoy the views forever. 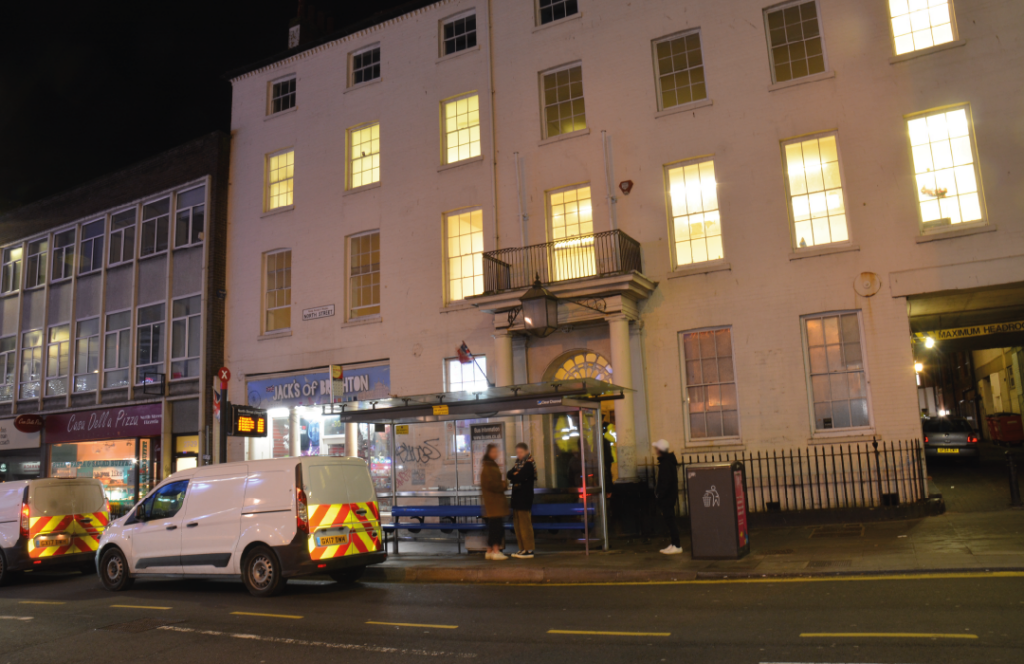 “We are grateful for the unwavering service of the jury. Their willingness to sit through the trial, even at evident personal sacrifice, was at times highly emotional for us.

“That they chose not to believe the lies they were told and instead could clearly see what actually happened and deliver the verdict they did left us feeling humbled.

“We want to thank the judge, the court officers, the defence barristers and the witness volunteer teams. You have all been very courteous and respectful to our situation. We are very grateful that you made sure our welfare was always considered.

“The legal arguments left us somewhat lost at times. However, we’ve always trusted that fairness was uppermost in all of the arguments, directions and rulings.

“We’ve had an incredible team of barristers. They were fully invested in making sure things were explained to us and ensuring that justice for Billy was fully achieved. Thank you James (Mulholland) and Maryam (Syed). We are hugely indebted to you. 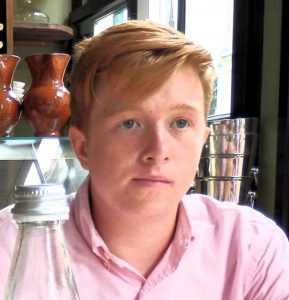 “Things wouldn’t ever have got to this point without the help and dedication of a large number of officers from Sussex Police.

“They have been there for us from the first knock on our door. They’ve sat and carefully explained what might happen at every stage of our ordeal.

“They have been truly exemplary in all of the dealings that we’ve had with them – and for that we will be forever grateful.

“We sat quietly as a family throughout the trial, listening to (the defendants’) requests for ambulances to be called, for clothes to be provided or for delays to be allowed for toothaches.

“That no ambulance was called for our son – or that in death he was stripped of his clothes – made us question why these men should be given any of the human rights that they were given, especially as the gave none to Bill. 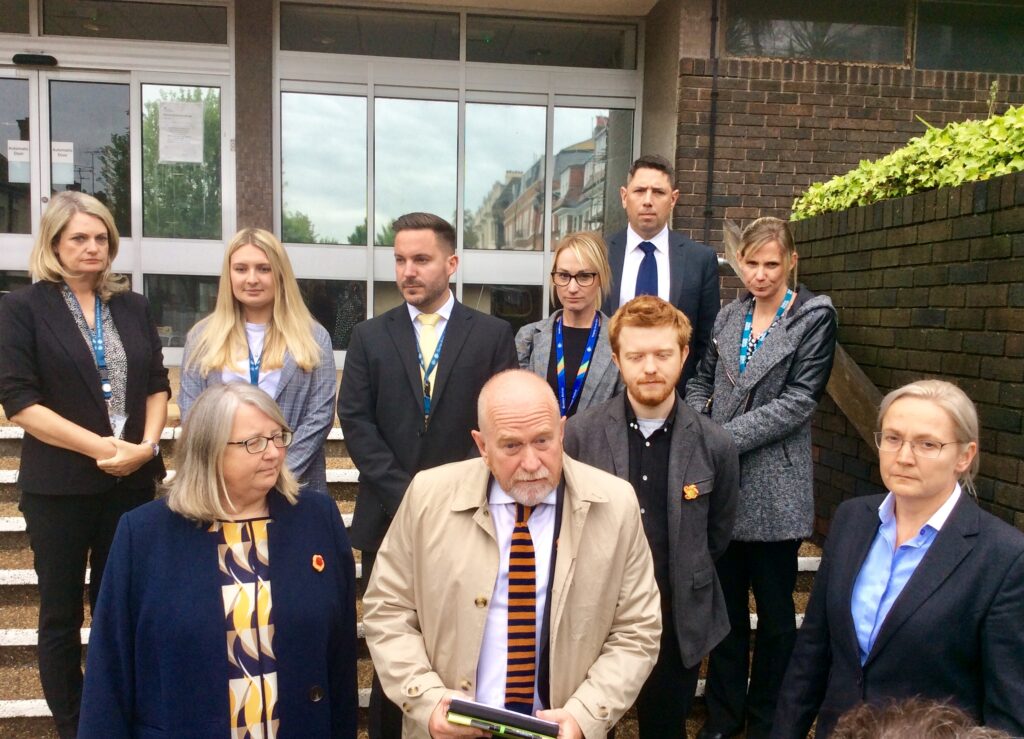 “What difference does the verdict make to us? It can’t assuage our grief or loss which is unfathomable. It can’t bring Bill back. But what it does do, rightly, is to punish the offenders.

“We are so angry for what these men did and grateful for the justice they will receive. Sadly, however, no sentence will give us Bill back.

“And more importantly, it won’t give him the chance to make his mark on the world and follow his dreams in a way that we all strive to do.

“Over time, our memories will likely dim and we will forget some of the things he said to us and some of things he did. But we will never forget how he made us feel.

“We heard that they didn’t hide him, strip him of his clothes, take photos of him or pour bleach on his body to cover up what they did. Gratefully, the jury thought otherwise. 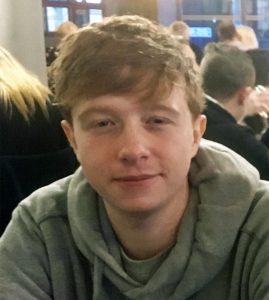 “Your joint act of brutality that night stole our son’s life away from him. A vital part of our futures and our lives was stolen too.

“We hope in years to come, you experience remorse for what you did and know some of the pain that we feel now – and which we will continue to feel every day for the rest of our being.

“We should be a family of four and now we are just three. You took that away from us forever.”