Brighton and Hove Albion have signed a teenage forward who made his international debut last year at the age of 17. 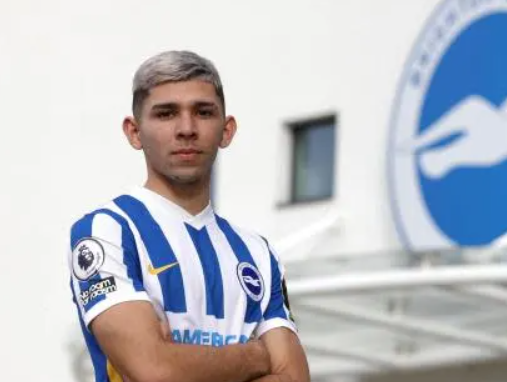 Julio Enciso, 18, joined Brighton from the leading Paraguayan side Libertad Asuncion on a four-year contract reported to be worth about £9.5 million.

Albion said: “We are delighted to confirm the signing of forward Julio Enciso, who joins from Paraguayan side Libertad Asuncion for undisclosed terms, subject to work permit and international clearance.

“The 18-year-old South American has signed a four-year contract until June 2026.

“He will join up with the first-team squad when they report back for pre-season training later this month.”

Graham Potter said: “Julio is an exciting young talent and he has had a great start to his career in Paraguay as well as being a regular in the Paraguay national squad.

“He’s a young guy who is moving away from his home country for the first time so we will help him to adapt to new surroundings and settle here in Brighton and Hove.

“We’re really looking forward to helping him develop and working with him – and he will complement our existing attacking options this coming season.”

Albion added: “Enciso arrives after an impressive season so far with Libertad, having scored 11 goals and laying on three assists in 14 league appearances.

“He made his international debut for Paraguay in June 2021 at 17 and now has five caps to his name.”