Councillors to debate motion on Brighton and Hove’s public toilets

Public toilets are in such a poor state that two councillors want portable loos brought in until the council can sort out its mess.

Conservative councillors Robert Nemeth and Samer Bagaeen said that they had received several complaints from residents about the problem.

And Councillor Nemeth has submitted a motion which is due to be debated by Brighton and Hove City Council at a meeting next week.

The motion, published this week, said: “This council recognises huge public dissatisfaction over the current state of the public toilets across the city.”

Councillor Nemeth has requested that the council considers “the immediate provision of portaloos where appropriate”.

He has asked council chief executive Geoff Raw “to widely communicate existing information regarding the list of proposed refurbishment dates for each toilet block”.

And he wants the council’s Environment, Transport and Sustainability Committee to order a report “which outlines options for other interim measures”.

Councillor Nemeth, who represents Wish ward, said that he had heard a lot of complaints during a meeting of the Friends of Hove Lagoon.

He said: “The state of public loos along the stretch of West Hove extending to Hove Lagoon are an embarrassment and there are big gaps where there is none.

“Near the Hove Lawns café, residents have recently spoken of filthy facilities, with toilet seats covered in excrement, questioning how Brighton and Hove City Council could consider them acceptable.”

As visitor numbers rise again, Councillor Nemeth said that he was also concerned about the lack of toilets in the centre of Brighton including the condition of those in Pavilion Gardens.

He said: “The public toilets at Pavilion Gardens are in a terrible state and antiquated and many residents have complained.

“These are in Brighton’s main tourist and heritage zone which is visited by many people and the continuing poor state of public conveniences reflects very badly on the city.

“These public conveniences have been targeted by anti-social behaviour and many people feel unsafe using them.”

Councillor Nemeth said that, despite being located next to one of Brighton’s main tourist attractions, the Royal Pavilion, “the Pavilion Gardens have been left to become one of the least safe areas of Brighton, recording a high number of sexual assaults.” 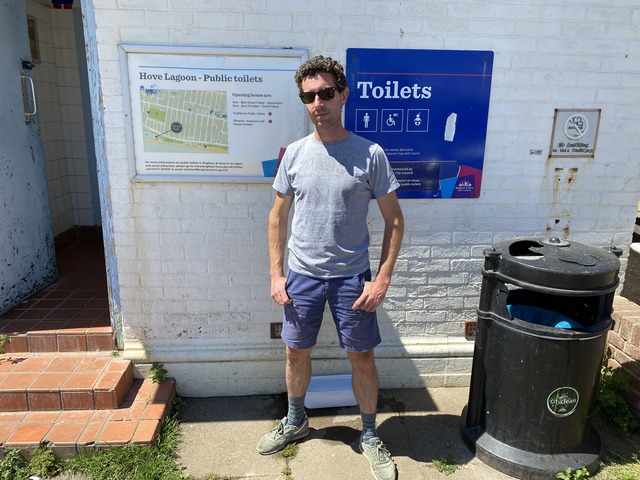 Councillor Bagaeen said that an upgrade for Brighton and Hove’s public toilets should be tied in with Safer Streets funding from the government.

He said: “There is currently a window of opportunity to improve the situation at both Pavilion Gardens and Hove seafront and our Conservative councillors are pushing for these opportunities to be taken.

“As a result of the deteriorating crime statistics, the council has recently been given a Safer Streets grant from the government for £69,969 to make improvements to the lighting and installation of CCTV in Pavilion Gardens following a bid from the Police and Crime Commissioner.”

The motion is due to be debated by the full council at Hove Town Hall next Thursday (21 July). The meeting is scheduled to start at 4.30pm and to be webcast on the council’s website.