The government published its response to a public consultation entitled “Women’s Health – Let’s talk about it” earlier this year.

This consultation was carried out in the wake of several health scandals which disproportionately affected women.

All were made worse by a culture of cover-up and medical attitudes ranging from neglect and lack of respect to overt sexism and abusiveness.

Those overseeing the consultation were stunned at the number of responses – nearly 100,000 – and at the picture that emerged of a wide-ranging failure of the medical profession to listen to women or to properly address their health needs, especially chronic gynaecological problems such as endometriosis and repeated miscarriage.

Caroline Criado Perez, best-selling author of Invisible Women, had already revealed the extent to which medical practice and research, and even the design of medical and safety equipment, is based on the biology and responses of the male body.

She and other researchers have highlighted the damaging and sometimes lethal effect this has on outcomes for females.

For example, because women who have heart attacks often have different symptoms from men, they are less likely to receive urgent or effective treatment and are more likely to die.

It has only recently been revealed that, until now, diagrams and models of female bodies used by medical students have not been accurate, being entirely modelled on a scaled down male physique with added female sex organs.

There are signs of change. Locally, Professor Claire Smith, head of anatomy at Brighton and Sussex Medical School (BSMS), is committed to “teaching anatomy that is representative of all patients”.

She has been working with the developers of the first advanced female anatomical model and says that in Brighton she has “been able to bring this into our teaching of medical students.”

At a national level, the government, shaken by the result of its consultation, has launched its first Women’s Health Strategy.

Doctors in England will be given mandatory training on women’s medical issues, including endometriosis, which causes severe pain but is frequently undiagnosed or left untreated. 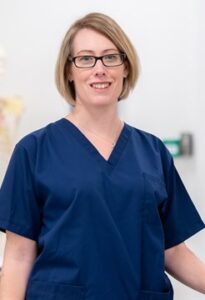 Professor Lesley Regan, former president of the Royal College of Obstetricians and Gynaecologists, has been appointed as the country’s first Women’s Health Ambassador.

She is forthright in her belief that the health system focuses on the needs of men at the expense of women and that health services do not meet women’s needs.

She is pushing for women’s health hubs to be opened around the country, to provide one-stop shops for women to receive targeted healthcare such as smear tests, contraceptive and menopause advice.

There are currently six hubs in England which bring existing services under one roof, eliminating the need for women to undergo multiple appointments for the care they need. Professor Regan argues this works better for women and costs less.

Brighton and Hove is in great need of such a hub. As the council recently acknowledged, we have one of the worst records in the country for uptake of cervical cancer screening.

Distressed mothers have complained that sex-specific words about maternity services have been elided from policy and information materials, while sex-specific language about men’s health, such as prostate cancer, remained untouched. 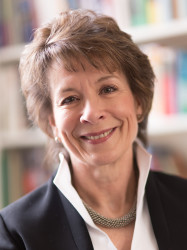 Despite the fact the city has shockingly high rates of male violence against girls and women, including sexual harassment and assault, we have no women-only sexual health facilities.

There are, quite rightly, special clinics for men who have sex with men, but none offering female-only services for vulnerable girls and young women needing privacy and a safe space to seek advice.

There is a dire need for services which actually meet the needs of females.

Against this background, I thought it encouraging that Sussex Health and Care, a collaboration of health and care organisations which co-ordinates local services, plans to take advice from people with long-term health needs.

It is recruiting for a new Sussex Lived Experience Network to advise on how local health and care services should be planned and delivered and “help shift the balance of power in relationships between patients and health and care providers”.

Given current concerns about women’s health services, I assumed the new body would be keen to learn from the experiences of women, both as patients and as carers. I was wrong.

Its focus turns out to be “gender identity”, not sex, despite the fact biological sex it is a protected characteristic under equalities law and is of huge significance in respect of health outcomes. 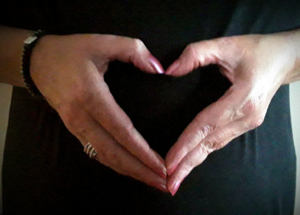 In fact, the words women, female and sex do not appear at all in the recruitment material. Neither is there any reference to the neglected sex-specific health needs of women (or indeed men).

Instead, it seeks to attract “people” with a “range of gender identities, ages, ethnicities and experiences”.

And in case anyone should misunderstand, it stresses it is “really keen” to involve “minoritised communities – people from black and minority ethnic communities, people with LGBTQ+ identities and disabled people”.

The advertisement trumpets: “Your voice matters.” But the detail suggests otherwise. Women who may have spent decades battling sexism and indifference within health services can have little confidence their voices will be heard – unless, in addition to being female, they can demonstrate other more socially acceptable or fashionable characteristics or identities.

This recruitment, using taxpayers’ money, is being carried out by a London firm called Traverse, formerly the Office for Public Management Ltd, on behalf of Sussex Health and Care, with the co-operation of Healthwatch, which exists to support patients.

It is being carried out in their name. So I’d be interested to hear from both Sussex Health and Care and Healthwatch just how they explain the exclusion of women.

Once again, females – half our population who, through their taxes, help fund health and care services and carry out the bulk of unpaid caring in this country – are not included, told they need not apply, are not good enough, just do not “cut the mustard”.

No wonder so many girls self-harm, use lip fillers and breast-binding or undergo labiaplasties – or decide they don’t want to be female at all.