Boy, 10, in serious condition after fall from cliffs 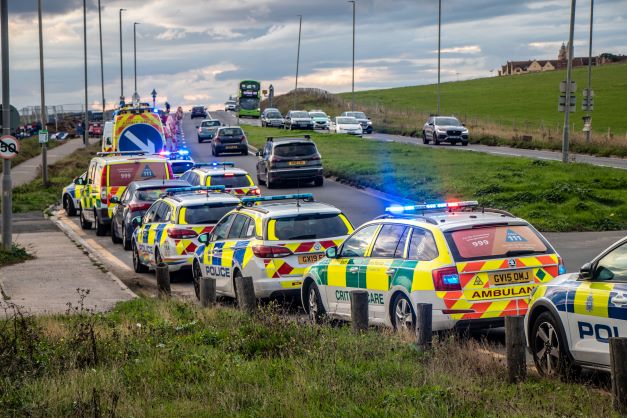 A 10-year-old boy is in a serious condition in hospital today after falling 100ft from a cliff in Ovingdean on Saturday.

A police investigation into how the boy, who was visiting Brighton with his family, came to fall from the cliffs by the Ovindean roundabout.

Emergency services were called to the cliff face at around 5pm on Saturday, 24 September to a report of a person falling from height.

The boy was found to have suffered serious injuries and was airlifted to St George’s Hospital in London, where he remains.

He is not local to the area and is believed to have been visiting Brighton and Hove with his family.

There is a security fence that runs across the top of the cliff face.

In a statement Sussex Police said: “Police responded to a report of a boy falling from height in Ovingdean, at about 5pm on Saturday, 24 September.

“The 10-year-old was found to have suffered serious injuries and was airlifted to St George’s hospital in London, where he remains in a critical condition.

“He is not local to the area and was visiting Brighton and Hove.

“Ovingdean roundabout was closed whilst the boy was brought to safety. The roundabout reopened just before 10pm. We thank the public for their patience during the closure.

“The boy and his family are receiving support from officers and enquiries are continuing.”