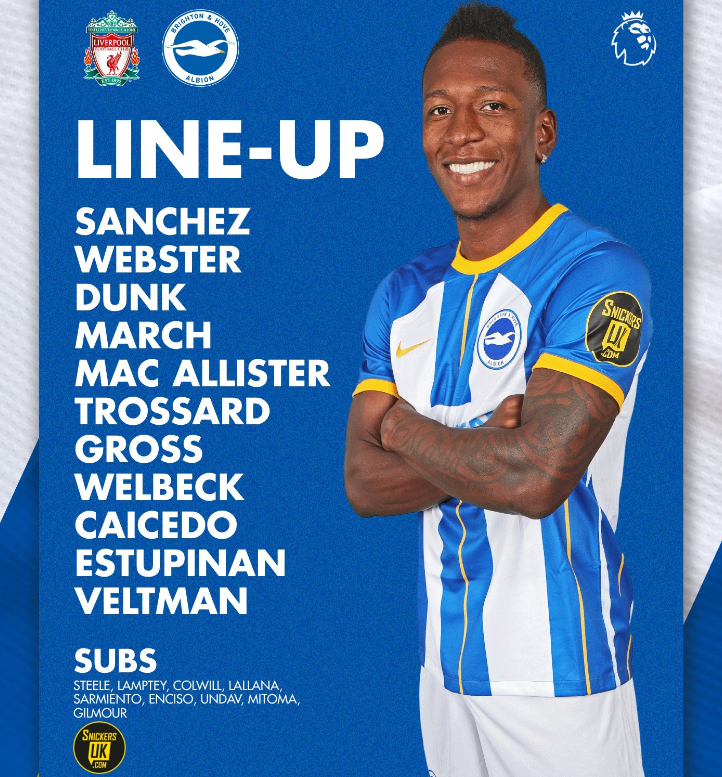 Enock Mwepu is the only absentee from the starting line up against Leicester who is not in the XI today – and that’s because of illness.

Pervis Estupinan makes it on to the team sheet instead.

Tariq Lamptey and Adam Lallana are on the bench. De Zerbi said a few days ago that he did not think that either would be able to start the match.

Albion go into the match in fourth place with 13 points from six games.

The Reds currently sit in eighth with nine points from their first six matches.