Remembering women – and not forgetting the violence they have suffered

TS Eliot wrote: “April is the cruellest month, breeding lilacs out of the dead land, mixing memory and desire.”

I’ve never really understood that. The cruellest month for me – or at least the saddest – is November, the month of remembrance, a time that, facing into “dead land” of winter, we remember those we have lost.

In Christian tradition, Halloween ushers in All Saints Day on the 1st of November when we honour Christian saints, and then, on the 2nd of November, All Souls Day, when we remember family and friends who have died.

As the month goes on, on the 11th of November and the nearest Sunday to it, we mark Armistice Day and Remembrance Sunday, commemorating those who have died in war and conflict.

As the years have gone by, we increasingly remember, not just the soldiers on all sides, but also the many thousands of civilian dead.

Then each year on the 25th of November, people across the world mourn those women who have died by a crime many countries now name “femicide” – the homicide of women and girls by violent men.

Since 1991, that date has marked the United Nations International Day for the Elimination of Violence Against Women. It launched an annual “16 Days of Activism” to combat violence against women and girls. Across the world, those who celebrate it wear orange ribbons.

The 16 Days is supported by the men’s White Ribbon campaign, also launched in 1991, to end male violence against women and girls.

Canadian men set it up in solidarity after an anti-female mass shooting, known as the Montreal Massacre, killed 14 women on Wednesday 6 December 1989 and injured many others.

Men who have signed the pledge against male violence, wear the white ribbon during these days, while also supporting the UN’s orange ribbon campaign.

To help mark the 16 Days in our city, staff at the Jubilee Library in Brighton have invited the Mary Clarke Statue Appeal to deliver a free informal talk at the library about Brighton’s Mary Clarke, a survivor of domestic abuse, who later became the first suffragette to die for women’s right to vote. This will take place on Saturday (26 November) at 11am.

We in the Appeal are pleased to do this because this month we remember especially the terrible events of “Black Friday”, on Friday 18 November 1910, when 300 suffragettes were brutalised as they attempted to petition Parliament.

Among them was Mary Clarke, Emmeline Pankhurst’s sister and Brighton’s leading suffragette organiser. It was almost certainly then that Mary received the injuries that led to her death by brain haemorrhage on Christmas Day 1910. Mary is recorded as the first of three women to die as a result of the terrible violence that day.

At that time, and until quite recently, bereaved families mourned female victims of domestic and sexual violence alone and in private. 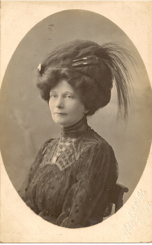 Now, at least, they have the comfort of knowing that violent deaths are recorded and remembered by women’s organisations and tweeted and re-tweeted by woman and men.

Bereaved relatives now know that, even if there is no justice for their loved one, once a year at this time, the names of the current year’s female victims of male violence (usually around three a week) are read out in Parliament.

Here in Brighton and Hove, we remember many terrible deaths – from those of children like Nicola Fellows and Karen Hadaway, and Maria Colwell, through to the brutal killings of Samantha Medland, poet Deborah Thomas and local teacher Jane Longhurst.

We grieve for more recent killings, yet to be legally resolved, such as those of Sue Addis, Deborah Gumbrell, Alex Morgan and Leah Ware, and other deaths, such as those of Margaret Frame, Jessie Earl and Louise Kay, where the killer was never apprehended.

We remember them – and others who have died in their personal struggle for freedom. We are inspired by the words of Mary Clarke herself who said, not long before she died, “I am glad to pay the price for freedom.”

We also remember the words of Isabella McKeown, a prominent Brighton suffragette, who told mourners at Mary Clarke’s memorial service in January 1911 at the Royal Pavilion not to “mourn her in silence but take up the torch and light the darkness”. 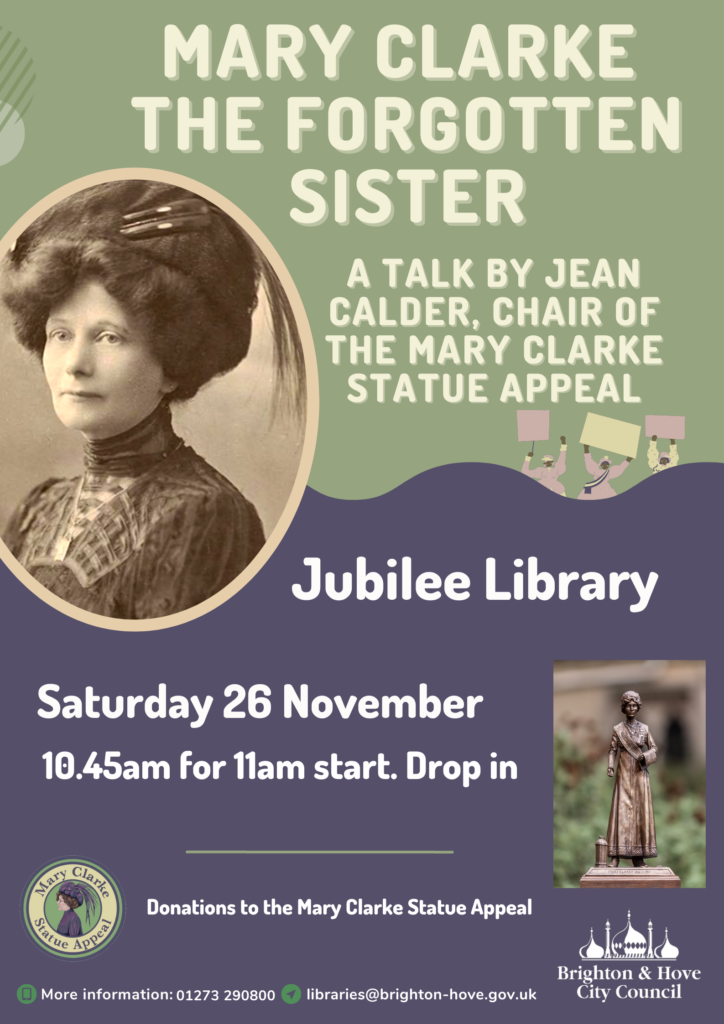 Supporters of the Mary Clarke Statue Appeal are committed to “take up the torch”. We call on Parliament and local authorities, as well as the police, educational and health services to actively support this UN campaign, rooting out sexism and abuse in their own services and committing to safeguard female victims.

Over the years, we have heard more than enough official statements deploring violence against women. We now need real action to end it.

The Jubilee Library is currently displaying the bronze maquette of Mary Clarke in the foyer until Saturday 3 December. From Friday (25 November), the beautiful hand-embroidered banner of Mary Clarke which was made for the Mary Clarke Statue Appeal by Jenny Engledow, will also be on display in the library.