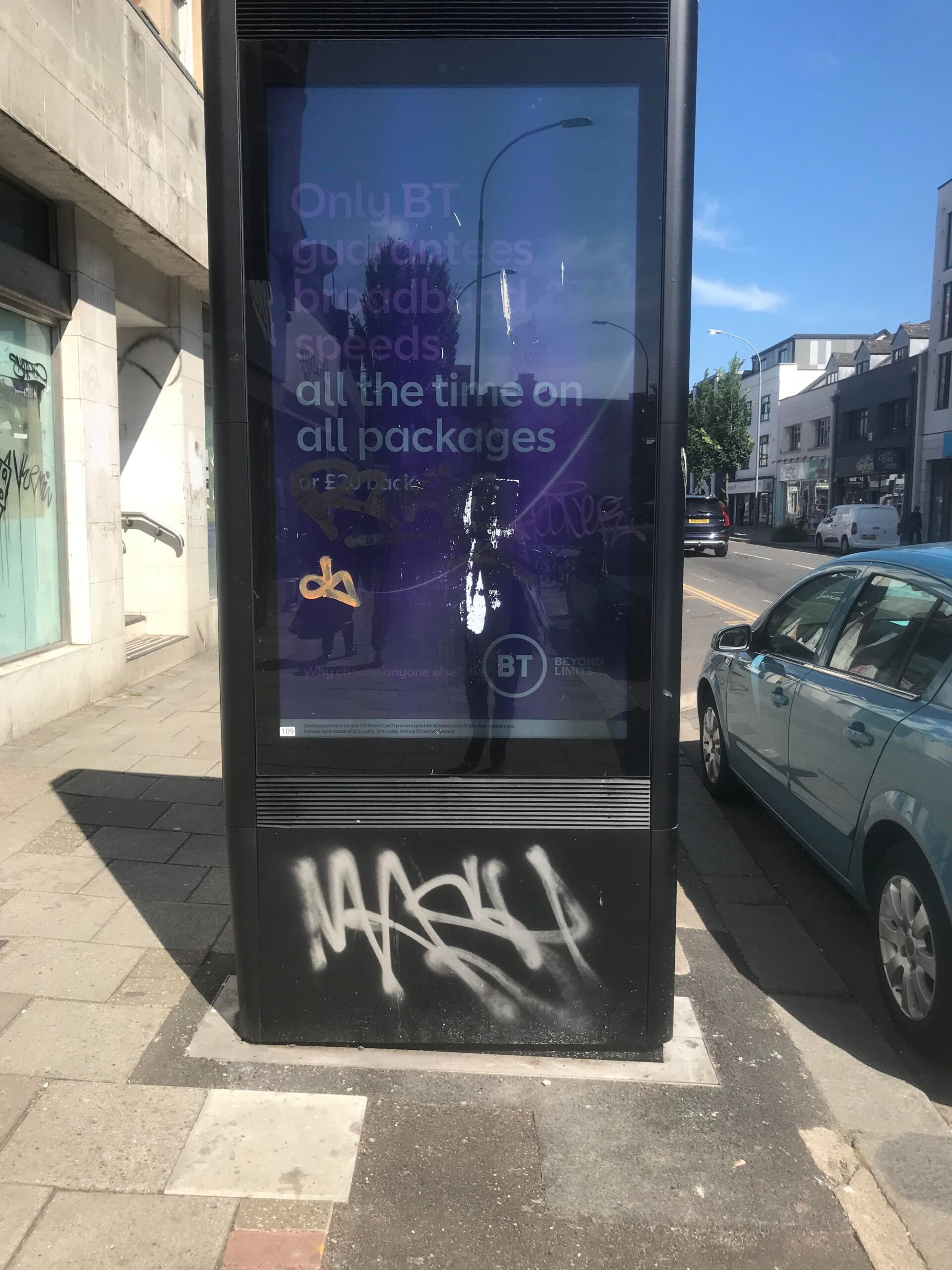 The company behind pavement ad hubs which have become a magnet for tagging have been warned they need to clean graffiti off or face prosecution.

BT has been putting its Street Hub ad units up around the city in spots where telephone boxes used to stand.

The telecoms company promised Brighton and Hove City Council it would clean off the tagging every fortnight – but this hasn’t happened.

Now, the council has issued it four notices requiring the tagging to be removed – and if it isn’t, BT could be fined or taken to court.

It made the comments when objecting to planning applications for yet more hubs by outdoor advertising company JCDecaux – all of which were subsequently turned down.

Its objection said: “Cityclean have concerns about adding new structures and street furniture in the city due high levels of vandalism and anti-social behaviour, particularly seen with graffiti, tagging, stickering and fly posting.

“The new installation of the similar BT Street Hubs show that these structures are subject to these types of behaviour and despite BT promising fortnightly maintenance and cleaning, this hasn’t been seen. The hubs are quickly becoming unsightly additions to the city.

“The graffiti removal team within Cityclean has a huge task on its hands in maintaining property and street furniture that belongs to the council and do not have the capacity (within the team or budget) to be able to extend the scope of the types of property they can remove from.”

The BT hubs were given planning permission because they were taking up space previously occupied by phone boxes, and so were not making pavements more cluttered than they already were.

The phone boxes’ existing highways licences were transferred to the new hubs, which means BT is not paying the council any rent for using the pavement.

However, if any new hubs were given planning permission, then the council would expect to charge rent for the pavement to be used.

A council spokesperson said: “We are aware that a number of pieces of BT equipment have been targeted and tagged around the city.

“We have so far issued four community protection warnings and notices to BT in line with our agreed policies.

“Our aim is simply to ensure that BT clears the tags from their equipment.

“But failure on their part to remove the tags could result in us having to take further enforcement action.”