Councillor repays the expenses that he said he hadn’t claimed

A councillor has returned expenses payments after a complaint that he had said on social media that he had never claimed for child care.

Green councillor Tom Druitt repaid the money claimed – and to which he was entitled – after four Brighton and Hove City Council meetings after a campaign group called for an investigation.

Details of Councillor Druitt’s claims were revealed in answer to a question by Conservative councillor Anne Meadows at the council’s Audit and Standards Committee meeting at Hove Town Hall yesterday (Tuesday 29 November).

She wanted to know the investigation results after the complaint by the Friends of Brighton and Hove Citizens Action Group about Councillor Druitt’s expenses.

Councillor Meadows also wanted to know who filled in the forms because she was concerned that they appeared to have been submitted on his behalf without his knowledge.

She was told that the forms were legitimate claims without details of who had filled them in.

Labour councillor Gary Wilkinson, who chairs the Audit and Standards Committee, said that he had met with members of the group to discuss their concerns.

Their concerns included the social media comments by Councillor Druitt and the late publication of members’ allowances and expenses for the years 2018-19 and 2019-20.

The total sumclaimed was £111.54. Councillor Druitt repaid £116 in March 2022 and deleted his comments that he had not claimed “dependant carers allowances” from Facebook.

Councillor Wilkinson said: “The review has found that the correct forms were received and checked by democratic services (officials) in relation to the meetings attended by Councillor Druitt.

“Councillor Druitt has indicated that he did say on social media that he has never claimed child care expenses. He has stated that at the time he made the comments, he believed them to be true.

“As soon as he received the claims in his name, he removed his comments from Facebook. He also took a decision to repay the allowances. 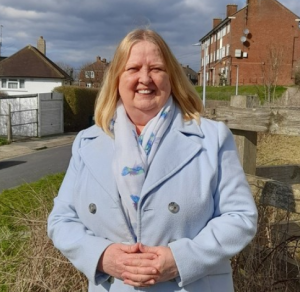 “He repaid £116 in March 2022, although there was no requirement for him to do so, given that the claims related to legitimate allowances paid for attendance at meetings he did attend in accordance with the council allowances scheme.

“The fact that the social media posts were not accurate has no impact on the validity of the claims that were made, no fraud has been committed and no payment has been made to Councillor Druitt in error.

“The expenses were claimed for legitimate council business and paid under the dependant carers allowance scheme.”

Councillors can make claims up to a maximum of £9 an hour for each child for the duration of meetings plus one hour of travel time to allow councillors to travel to and from meetings.

In their complaint, the Friends of Brighton and Hove Citizens Action Group asked that Councillor Druitt and his wife, fellow Green councillor Alex Phillips, be “investigated” under police caution.

Councillor Phillips, who has two young children with Councillor Druitt, paid back expenses claimed for prepaid child care that she did not use while attending council meetings remotely during the first coronavirus lockdown in April and May 2020.

Public questions led to an investigation. When it was completed, the council’s Audit and Standards Committee was told that there was “no indication” of deception relating to claims for child care by Councillor Phillips.

A follow-up report into improving the councillor expenses process is due to go before the Audit and Standards Committee on Tuesday 24 January 2023.