A historic venue in the heart of Brighton faces a modern battle to win a drinks licence that satisfies its business model and those responsible for policy, policing and public safety.

The trust that runs the council-owned Dome wants a licence to cover an outside area in New Road with the refurbished Dome Studio Theatre there due to reopen.

But the council’s licensing team is one of the objectors to a licence for the venue, formerly known as the Pavilion Theatre, which is being restored along with the neighbouring Corn Exchange.

It has a café space for 34 customers inside and 118 outside. Those outside would be seated in New Road or to the south of the building, overlooking the Royal Pavilion Gardens.

But the area – part of Brighton’s “cultural quarter” – has been plagued by street drinkers, crime and anti-social behaviour.

Sussex Police and Brighton and Hove City Council licensing officials objected to the licence application by Lucky Bean Ltd, which runs another venue, Redroaster, in nearby St James’s Street.

Their objections arose because of the way that council policy generally restricts new drinks licences in the busy centre of Brighton.

The police said that they would have no objection to a café-style operation that closed at 10pm – where people could order drinks so long as food was available.

And they had no objection to a restaurant-style operation that closed at midnight – where people could order drinks so long as they also ordered food.

But, the police said, the proposal was in effect for a café-style set up that stayed open until midnight and, unless there were exceptional circumstances, this would breach licensing policy.

Inspector Michelle Palmer-Harris, from Sussex Police, said that the area had a significant number of licensed premises already and high crime rates, with much of the crime – and many of the ambulance callouts – drink-related.

In a written objection, she said: “As the evening goes on, more and more people would be attending to consume alcohol on its own, resulting in the venue operating more as a bar.

“With alcohol-related crime and disorder within the locality, this is a concern to us.” 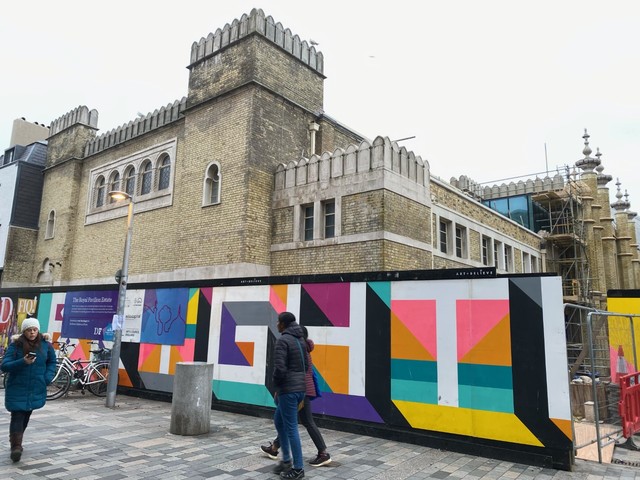 Inspector Palmer-Harris said: “Although not all of these are occurring within current premises within the locality … a high number of incidents dealt with by police are alcohol-related within this area.

“By increasing the availability of alcohol, we believe this could further add to these issues. Reducing (the proposed) hours or imposing the need to eat will assist with mitigating this risk.”

Lucky Bean director Michael Palmer, 51, said that there would be no bar, with customers expected to sit at a table and order food and drink from waiting staff.

But, he said, he wanted the flexibility of a café licence so that people leaving shows at neighbouring theatres could enjoy a glass of wine without having to order a full meal.

Mr Palmer said that the company was investing in a large kitchen and a “design-led” environment where the inside and outside areas would feel like a restaurant.

He said: “It’s staffed and looks and feels like a restaurant. You walk in and are welcomed by a manager or host and are taken to a table. There is no bar in this project.

“There’s a dispensing area that may be causing confusion. You can’t sit at a bar or go to a bar. All transactions will be with waiting staff.” 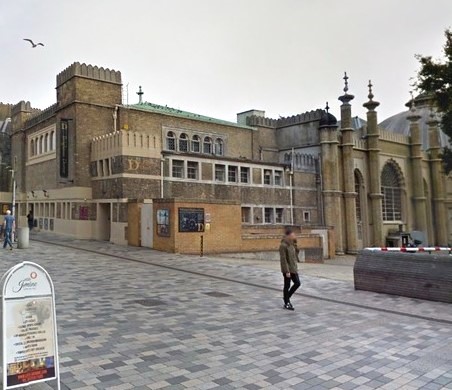 The Dome Studio Theatre before the restoration work started

Brighton Dome and Festival Trust leased the site from the council and said that it spent a year seeking the right catering partner to operate the café bar.

The Dome’s director of operations Maxine Hort said that Redroaster went through a long process to show that it was the right company to take on the café lease.

She told a council licensing panel today (Monday 5 December): “We wanted an offer that would tie into the events here and work with us. They were really supportive of the events programme.

“We have discussed this would not be a pub. That’s not what we want. And that’s not what the council, which owns the building, wants either.

“There are a lot of protections in the way the leases are set up between us and Redroaster and us and the council to protect us all.”

Ms Hort told the licensing panel hearing that the outside areas would be cordoned off from the rest of the street.

One member of the panel, Conservative councillor Dee Simson, asked about the positive effect that a well-run new premises might have on the area. The licence application attracted 18 letters of support. 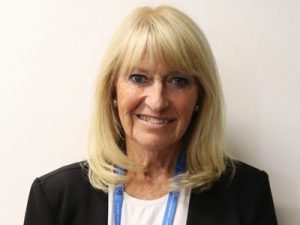 Councillor Simson said: “We are all aware of the problems in New Road currently – and a lot of that is made worse by the fact we’ve had a building site for an awfully long time which never looks good.

“A lot of the representations we’ve read that are in support of this application do mention the positive effect that having another well-run premises could have on the location.

“I know in our policy we do support this mix – and we have mentioned it in the past that having good well-run premises can have a positive effect.”

Mark Thorogood, from Sussex Police, told the three-member panel, that even though there was support from 18 neighbouring businesses, the force could not support alcohol sales after 10pm without a meal.

He said: “We also support a new hospitality venue within this location. However, we are asking for it to fit within the policy to assist in supporting police operating within the night-time economy – and in support of the local policy and other-café style operations within the locality.”

The licensing retired to make its decision which should be made public within five working days.