Decision due on £36m plan to turn Brighton landmark into flats

The future of one of Brighton’s most prominent landmark buildings is due to be decided at a Planning Committee meeting tomorrow (Thursday 8 December).

The verdict will settle the fate of the old St Dunstan’s building in Ovingdean where a developer hopes to win permission for a £36 million revamp of the site.

St Dunstan’s – which is now known as Bind Veterans UK – said last year that the building was increasingly unsuitable and that it would relocate its remaining residents.

And now the James Taylor Group is awaiting a decision on its planning application to convert the premises into 64 homes, with a cinema, gym and swimming pool for residents’ use only.

The company is seeking planning permission to turn the main building, Ian Fraser House, into a mix of one, two and three-bedroom flats.

The plans propose turning an extension which houses the swimming pool and gym into maisonettes while the sports hall would become a cinema.

The application for the site, in Greenways, Ovingdean, is due to be decided by the South Downs National Park Authority’s Planning Committee tomorrow.

Independent councillor Bridget Fishleigh, who represents Rottingdean Coastal ward on Brighton and Hove City Council, intends to share her concerns about the application at the meeting.

She is concerned that the James Taylor Group has said that it would not be able to include “affordable” housing on the site.

The national park authority’s policy is for at least half of all new homes in schemes of more than 11 homes to be classed as affordable.

Councillor Fishleigh said: “If the developer can’t deliver any affordable housing at the site, then this is clearly the wrong scheme and (the developer) should be asked to go back to the drawing board.

“The South Downs National Park Authority should impose a condition that none of these new flats should be sold as second homes as this will do nothing to ease the city’s housing crisis.

“The reason why most new builds like this are bought by investors to start with is because developers require significant deposits to reserve a flat.

“This means that most people with properties to sell can’t reserve one. Perhaps the South Downs National Park Authority could negotiate with the developer to ensure that local people don’t have to put down deposits of tens of thousands of pounds.” 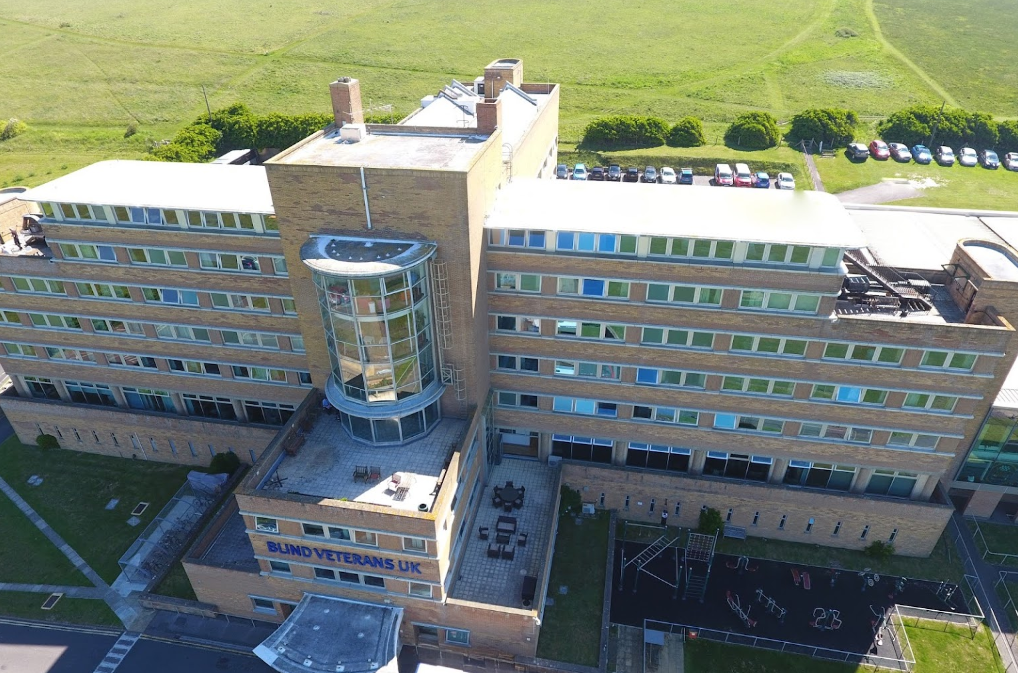 Councillor Fishleigh also called for a developer contribution to fund, for example, playground improvements in Ovingdean, traffic calming measures or an extension to the village hall.

The James Taylor Group application said: “The scheme is unable to provide affordable housing as a result of the high development costs associated with the conversion of this large listed building.

“These proposals for Ian Fraser House represent a substantial investment by the James Taylor Homes Group which preserves the future of the building and ensures that it has a long-term viable future use.”

A summary in the report to the Planning Committee said that public comments included requests for the pool and gym to be available for public use.

The grade II listed St Dunstan’s building was purpose-built to provide care and convalescence for veterans blinded in combat – and it was opened in 1938.

Former residents included World War I veteran Henry Allingham, who was born in 1896 and who was briefly the oldest man in the world until before he died in 2009.

The South Downs National Park Authority’s Planning Committee is due to meet at the South Downs Centre Hall, Midhurst, at 10am tomorrow (Thursday 8 December).

The meeting is scheduled to be webcast on the national park authority’s website southdowns.public-i.tv/core/portal/home.