Brighton & Hove Albion: Mull it over

Almost 48 hours after Albion’s dreadful defeat to Millwall, Sami Hyypia remains as manager of the club.

The Seagulls have won only one league game since the end of August and are no longer even unlucky in defeat.

Chairman Tony Bloom, likely to already be on his winter sabbatical in Australia, is not one for making snap appointments and if Hyppia is to depart, which seems almost inevitable, then he and his board will need to make 100 per cent the correct appointment.

With Nathan Jones likely to go as well, the club will likely need a caretaker manager. 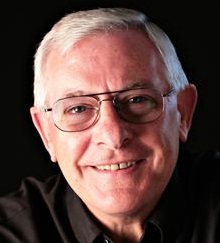 Good old dependable Martin Hinshelwood is no longer at the club so Albion may be hard pressed to temporarily promote from within.

However, there is one man within the clubs ranks, the most successful manager in the clubs history in fact, who despite his advancing years still captivate’s Albion fans at every home game.

His almost motivational chats on the Seagulls and the game in general are extremely popular.

In the interim and until the festive season is over Albion could do a lot worse than appoint current club ambassador Alan Mullery as caretaker manager.

He may have been out of the professional game for more than 25 years, but really, could he do any worse than the current incumbent?

Any one who has heard him speak in the lounges post and pre match will know he maintains a sharp and imaginative mind and is around the same age as the late Bobby Robson was when the latter managed Newcastle in the premier league.

The Albion need a shake up and Mullery, albeit temporarily, could be the man to nurse the club through this difficult period.