Conservatives may back council tax referendum in Brighton and Hove

Members of Brighton and Hove Conservative Party have thrown their weight behind a council tax referendum.

In an exclusive article in the Brighton and Hove Independent, three local Tories make the case for letting the people decide.

Those arguing for a referendum are

They said: “In Brighton and Hove’s increasingly fractious debate about the level of council tax, politicians claim to know what the public ‘really’ think. 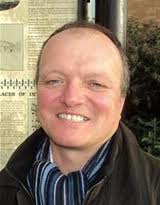 “The two left-wing parties – Labour and the Greens – are now both advocating above-inflation rises in council tax.

“As with Scottish independence, our personal view is that it is now time for the public to have their say. We trust the residents of Brighton and Hove.”

The intervention is set to ignite the debate about what should happen to council tax as the city council faces a financial crisis caused by a £26 million funding gap.

The Green minority administration is arguing for a 5.9 per cent increase in council tax, which would require a citywide referendum.

Labour is again pushing for a rise of 1.99 per cent, just below the 2 per cent threshold for a referendum.

The Conservatives have argued repeatedly for a freeze.

In their article, the Conservative authors clearly have Labour in their sights: “The ambition-less and uninspiring Labour Party have a sense of manifest destiny.

“They give the impression of thinking that, without any effort, control of the council will fall into their lap.”

The article raises the possibility that Conservative councillors will abstain in the forthcoming votes on the Green budget.

If the Greens prevail, a referendum would be held on Thursday 7 May, the same day as the Brighton and Hove City Council elections and the general election.

Labour is expected to argue that a referendum – the cost of which is disputed but which is almost certainly in six figures – would be a waste of money.

The Conservatives will hope that voters will roundly reject any proposed council tax increase.

To read the article by Graham Cox, Tony Janio and Shaun Gunner in the Brighton and Hove Independent, click here.