Sussex Police is to ask for a Brighton bar to have its licence suspended for three months because of a series of drunken, violent incidents. 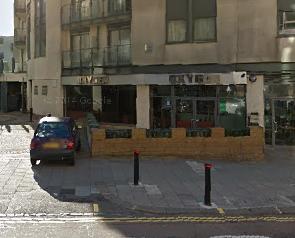 Officers have been called to a series of incidents at Oxygen in West Street including customers being so intoxicated they were struggling to walk, violent attacks and a woman who was raped after getting excessively drunk inside the venue.

The force’s licensing unit has been trying to deal with issues at the bar over the last nine months without success and after two children acting as volunteers for the police were sold alcohol there on 20 February, it was decided that further action was necessary.

Staff have now written to Brighton and Hove City Council asking for a series of restrictions to be placed on the venue to try to prevent further incidents.

Among the requests are that the council’s licensing committee:

Jean Irving, the force’s head of licensing and public safety, said: “We believe that the requests we have made to the licensing committee are appropriate and proportionate responses to the failure of the Oxygen management to promote the licensing objectives of the prevention of crime and disorder, public safety and the protection of children from harm.

“There appears to be a persistent problem of children being served there and staff have allowed customers to get excessively drunk by continuing to serve them when they have had already had too much which has led to violent incidents.

“We have tried working with the management over a long period of time but this has not led to a reduction in problems at the venue and we have got to the point where tougher action is needed.”

The request has been made to the licensing committee to review the premises licence for Oxygen under Section 51 of the Licensing Act 2003.