A four-year labour of love to turn nine bedsits into a lavish Georgian venue has paid off with the opening of Angel House. 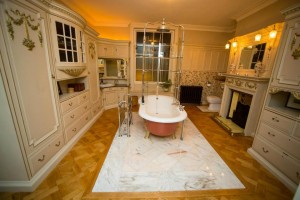 Phill Haiselden believes the 1825 town house was used as the nineteenth century equivalent of a show home for the new Brunswick Estate.

And following its transformation, it is now available to hire for local businesses to put on their own shows and events, as well as weddings, civil ceremonies, meetings and training days.

The house opened its doors last week to show off its period delights at an invite-only launch, and will be open to members of the public at this year’s Brighton Festival Fringe with a series of Regency-themed dance evenings.