A schizophrenic Brighton man who jumped in front of a train was lost to mental health services for two-and-a-half years, it has been revealed. 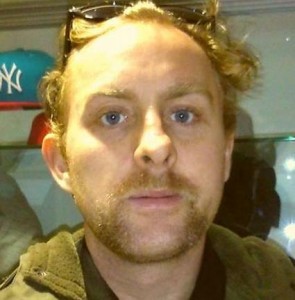 An NHS internal inquiry into the death of Joe Jensen at Hildenborough railway station in December found no records of his case from May 2010, when he was discharged from a psychiatric hospital, until he was sectioned in November 2012.

The lack of information about Mr Jensen, who moved between Maidstone and Sussex during the period, was highlighted as a cause for concern by Sussex Partnership NHS Foundation Trust.

Joe Jensen, 29, was killed by a train in December. An inquest into the 29-year-old’s death held in March heard he went missing from his Brighton flat on Christmas Day and travelled to Tonbridge and then to Hildenborough, where he took his own life on December 28.

Following Mr Jensen’s death his mother, Jayne, of Boxley Road, Maidstone, has criticised the trust’s early intervention team. Her son had suffered with mental health problems for much of his life.

The 61-year-old tried to get him sectioned twice before police finally intervened in November 2012 when he broke into his former home.

His suicide prompted the trust to review the handling of his case and it made several recommendations.

In particular it asked for more to be done to keep track of former patients and advised that families should be involved more after discharge to develop a fuller picture of individuals.

In addition to the lack of records and failure to involve family members in Mr Jensen’s treatment, the trust identified several occasions when risk assessments were unsigned by the patient and care worker, and when details of his case were not recorded correctly.

She told the Kent Messenger: “Speaking to families and friends to establish what a person was like before their illness is crucial. How can you judge someone without that picture in your head?

“To me, the early intervention team failed in its role. If they had spoken to us I think the outcome would have been different, they would have known more about Joe and he could have been treated earlier.”

A spokesman for Kent and Medway NHS and Social Care Partnership Trust confirmed it has taken steps including introducing a Friends, Family, Carers Partnership Charter.

If you would like confidential support on an emotional issue, call Samaritans on 08457 90 90 90 at any time.