The former chief executive of Brighton and Hove Albion David Bellotti has died at the age of 71. 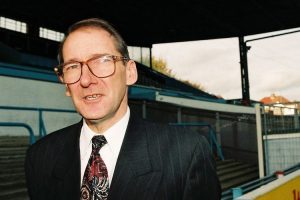 He became a hate figure for fans after Albion owners Bill Archer and Greg Stanley sold the club’s home, the Goldstone Ground, in Hove.

Mr Bellotti had been a long-serving Liberal and Liberal Democrat councillor.

He won the Eastbourne by-election in 1990 after Conservative MP Ian Gow was killed by an IRA car bomb at his home. Prime Minister Margaret Thatcher resigned six weeks later. Mr Bellotti lost the seat at the 1992 general election.

After his stint with Albion he moved to Bath and became a councillor again.

He died yesterday morning (Wednesday 10 June) after a long illness.

A fellow former East Sussex Lib Dem councillor David Rogers said: “David and I first met when he was in Lewes and I was in Brighton, and I then was his agent for the 1983 and 1987 general elections.

“He was a key member of my group on East Sussex County Council, and became chair of the Education Committee in 1985 when we ‘conspired’ with the co-opted members.

“I worked as part of the team with Chris Rennard, Candy Piercy, David Allworthy, and many others for the Eastbourne by-election 1990.

“Much more ensued over the time since then, including the much-misrepresented Brighton and Hove Albion saga, and in later years working together again at the Local Government Association.”