A furniture importer from Brighton who allowed hollow statues of the religious icon Buddha to be used to smuggle more than 100,000 illicit cigarettes into the UK has been sentenced today. 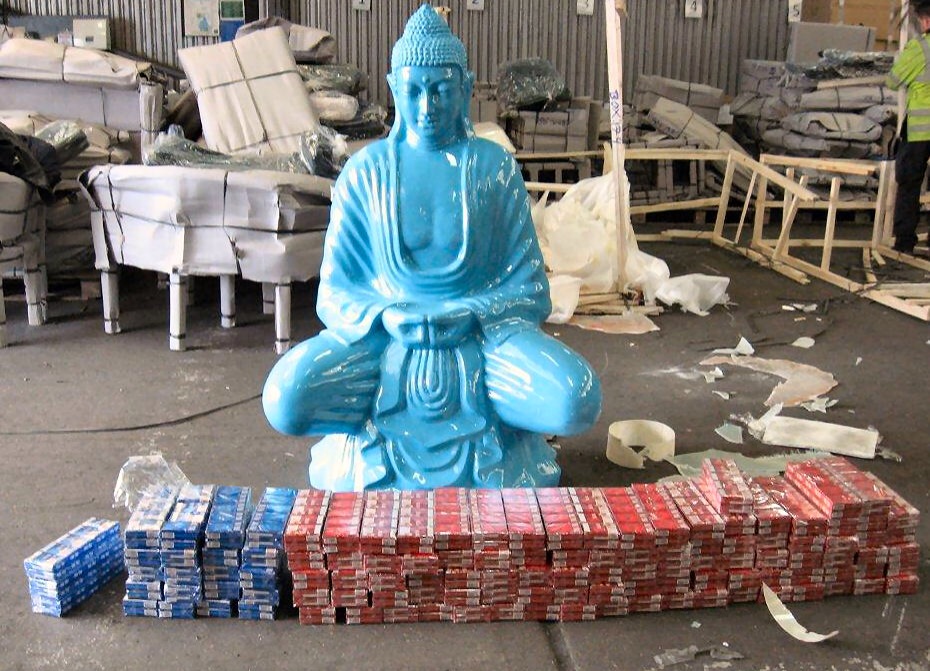 James Reber, 51, was questioned by officers from HM Revenue and Customs (HMRC) in June 2013, after Border Force officers at Southampton Port searched a shipping container which had come from Indonesia. They discovered five, multi-coloured, fibreglass statues of Buddha which had been filled with illicit cigarettes.

“This was a crafty attempt to smuggle illicit cigarettes into the UK, solely to avoid paying excise duty and VAT. Thanks to the vigilance of the officers at the border Reber’s ploy to make a profit at the expense of the taxpayer failed miserably.

“We will continue to work with Border Force and other law enforcement agencies to take action against those caught committing this type of criminal activity and I urge anyone with information about the sale, smuggling or supply of illegal cigarettes or tobacco to contact our Customs Hotline on 0800 59 5000.”

Paperwork for the container led HMRC to Reber but when questioned, he told officers he had imported ‘furniture’ in the container but denied knowing anything about the Buddhas or the cigarettes – he later pleaded guilty to evading £31,000 in excise duty and VAT.