The Labour leader of Brighton and Hove City Council has dismissed calls from Green MP Caroline Lucas and his own party to work more closely, saying it would be an “utter betrayal” of the city’s voters. 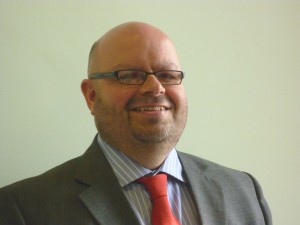 Both were writing about the general election, rather than the local, with calls from both to work together to form some sort of progressive alliance and get the Conservative Party out of power.

But Cllr Morgan said that locally, it was the Green Party voters overwhelmingly wanted to see chased out of office.

Ms Lucas asked: “Could sufficient trust be built up between progressive politicians of different parties to enable some kind of pre-election agreements at the next election to give us the best chance possible of defeating the Tories?”

And Ms Platts said: “How many times on the doorstep during the last general election did I hear voters sigh wearily, exasperated by the “Punch and Judy” behaviour in the House of Commons or the council chamber and fed up that politicians don’t get the reality of their lives?

“No-one asked us to argue more – but plenty asked why we couldn’t work more closely together in the interests of their community.”

But writing on his blog, Cllr Morgan countered: “For Labour to now enter into some kind of electoral pact or alliance with the Greens would be an utter betrayal of those voters who wanted the Greens out, and those Labour campaigners who suffered so much abuse and hostility from Greens who felt they were entitled to a free run at holding seats taken from Labour.

“Since the election there has been little in the way of any “progressive alliance” from the Greens towards Labour. They joined with the Tories to block Labour having the casting vote on the council’s two most powerful committees, and pledged to “create havoc” for the newly-elected Labour administration. They have already signalled their intent to vote with the Conservative Group to frustrate Labour’s intent, as they did on a number of key issues during their period in office.”

He added: “I state here again my intent to find common ground in the interests of the city with councillors of either party.

“We are as far from major elections in Brighton and Hove now as we will ever be, and the public want us to get on with the job and make their lives and the place where they live better. That, and not discussions around electoral alliances, is where I intend to put my efforts now and in the future.”