A man who raped a 19-year-old as she staggered home from a works night out in Brighton has been jailed for nine years.

Philip Olliver, 33, was jailed by Judge Charles Kemp at Lewes Crown Court today (Thursday 6 August) having been convicted by a jury last month.

Olliver, of West Lane, Lancing, who raped a 16-year-old in Buckingham Park, in Shoreham, when he was in his teens, was also required to be on the sex offender register indefinitely. 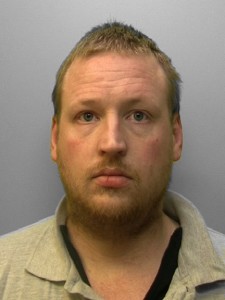 The jury was told that that Olliver followed a 19-year-old woman who was alone after a company Christmas night out and then attacked and raped her.

Olliver had been jailed for a similar offence in May 1999 when he attacked a 16-year-old girl, pulling her into an overgrown area of Buckingham Park where he raped her.

He spotted his victim, who was drunk and walking home after a night out, and befriended her at about 2am.

They walked together for a short distance before Olliver attacked her outside Ardingly Court and then fled.

Sussex Police linked DNA left on the victim to Olliver’s DNA profile on the national database from his previous rape conviction.

Olliver was sentenced to five years in a young offender institution after pleading guilty to the offence committed when he was 16.

But he denied being responsible for the offence this year, although he admitted that he had sex with the 19-year-old woman. He claimed that it was consensual.

But a jury took less than 90 minutes to find him guilty of all the charges.

Detective Sergeant Dee Wells said: “Olliver poses a huge risk to the public, especially young women. He has twice attacked women on their own.

“Olliver arrived in Brighton with one thing in mind and took advantage of the drunkenness of the 19-year-old who crossed his path.

“He has shown no remorse for the terrifying ordeal he put his victim through but his conviction and sentence will mean women in Sussex will be safer when they go out.”