Two teenagers have appeared before magistrates after a baseball attack in Portslade left a 15-year-old boy with serious head injuries.

Joshua Tester, 18, from Flint Close, Portslade, was charged with assault causing grievous bodily harm (GBH) with intent and having an offensive weapon after the attack on Friday (9 October). 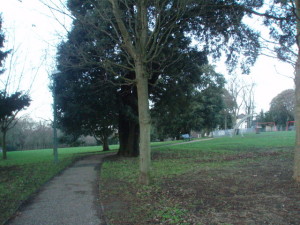 He is expected to be kept in custody at least until an initial appearance at Lewes Crown Court on Thursday 29 October.

A 16-year-old boy from Hove was charged with assault causing GBH with intent and having an offensive weapon when the attack happened in Easthill Park, Portslade.

He also appeared before magistrates today and was released on conditional bail to appear at Lewes Crown Court on Thursday 29 October.

A 17-year-old boy from Brighton was also arrested on suspicion of conspiring to cause GBH with intent after the baseball bat attack. He has been released on police bail until Sunday 25 October.

The attack happened at about 8pm on Friday. The 15-year-old victim was hit on the head and needed to be taken to hospital where he remains in a serious condition.

Sussex Police urged witnesses to come forward. Detective Inspector Ian Still said: “We would like to speak with anyone who may have witnessed this incident or has any other information which could help.”

Witnesses are asked to phone Sussex Police on 101 or email 101@sussex.pnn.police.uk.