A child sex abuser from Brighton has been jailed after he changed his name and fled abroad with a stash of child pornography.

Roderick MacDonald, 77, formerly of Upper Rock Gardens, Brighton, was jailed for 44 months, having been extradited from Malta to Britain to face justice.

MacDonald, who changed his name by deed poll by from Robinson, appeared at Brighton Crown Court on Friday (20 November). 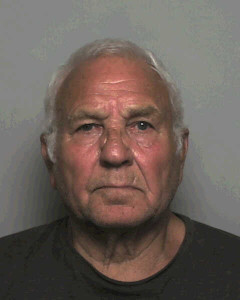 He admitted breaking three of the restrictions placed on him as a sex offender under the Sexual Offences Act 2003.

He failed to notify the police that he had changed his name, changed his address and that he was leaving the country. The offences were all committed in October 2012.

The previous month he had been sentenced to 12 months in prison suspended for two years at Lewes Crown Court.

He was sentenced for sexually assaulting two girls – aged five and seven – after he touched them on a yacht at Sussex Yacht Club in Shoreham in June 2012.

Sussex Police said: “In October 2014 following a protracted investigation by Brighton and Hove detectives and other agencies, including the National Crime Agency, he was located and arrested in Malta on a European arrest warrant.

“After this arrest, MacDonald appeared at a Maltese court charged with importing and possessing indecent images of children found on his computer at the time.

“He pleaded guilty to these charges on (Saturday) 18 October 2014 and was sentenced to 18 months imprisonment in Malta.”

The National Crime Agency said: “Officers from the NCA’s CEOP Command, as well as the Fugitives and International teams, provided ongoing support to Sussex Police in locating MacDonald.

“The CEOP Command’s Tracker Team developed intelligence around his travel, tracking his movements and identifying a permanent address in Malta.

“The NCA’s Fugitives and International teams engaged the appropriate Maltese authorities who undertook work to confirm his location and ensure notification of his re-entry into Malta.

“This case reflects the ongoing activity of the NCA in tackling the threat of transnational child sex offenders.”