Residents of Brighton and Hove have 26 days until Tuesday 16 February to express their views about the late licence application from the Synergy Centre in West Street.

The centre has met with some resistance from the Sussex Police licensing team who view the Synergy Centre as a live music venue. The Synergy Centre sees itself as a multimedia arts centre doing charitable work.

Synergy Centre director Steve Peake said: “While some elements of Synergy’s application look like a live music venue, other elements look like a poetry salon, or a dance studio, or a youth club, or a conference centre, or a homeless drop-in centre or a youth skills-raising facility, etc.

“The Synergy Centre is one of a kind. There is nowhere like it in the whole country and therefore we do not fit easily on to the matrix to which the police are so rigidly attached.” 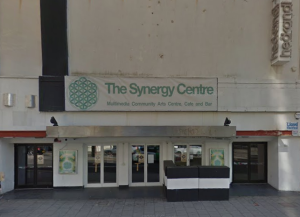 The vision of the Synergy centre is to use creative, multimedia events at the weekends to subsidise work midweek with disadvantaged groups including the unemployed, homeless people, those with mental health problems and substance misuse issues.

Recently the centre has hosted St Mungo’s homeless charity launch for practitioners, courses run by Free University Brighton, Soulfood provided food to raise money for Mothers Uncovered, the centre is a depot for supplies going to refugees in Calais, every Monday the Forro Family dance, the centre is developing a partnership with the National Citizenship Service at Albion in the Community and events for young people include DV8, Access to Music and the Band Project.

Mr Peake said: “The centre aims to reduce anti-social behaviour by tackling the underlying behaviour which is what the community strategy calls for.

“It will deliver a social benefit and conduct educational programmes which will promote sustainable and considerate lifestyles.”

In the strategy document Mr Peake writes: “Another key aim of the Synergy Centre is to act as a hub and incubator for emerging talent within Brighton’s creative and cultural industries.”

He is working in partnership with the alcohol and substance misuse sector and is committed to the “challenge 25” policy to ask 18 to 25-year-olds for identification.

A licence is needed to sell alcohol at any time, to sell refreshments including soft and hot drinks after 11pm and to provide entertainment after 11pm.

Mr Peake argues that Brighton lacks a medium-sized live music venue which prevents many bands from visiting the city and boosting the economy.

The Synergy Centre is bigger than Concorde 2 and smaller than the Brighton Centre with a capacity of 800 to 1,000 people.

He says the focus of the centre is the activities, the sale of alcohol is incidental and secondary like at a theatre. An example is Style which is a club night for young people aged 14-17 with unlimited soft drinks.

Sussex Police has concerns about another live music venue in West Street. They operate a policy of containment and are concerned about another late-night entertainment venue in the area which is in a “cumulative impact zone”. The previous licence was surrendered when the occupiers had to leave.

The police were asked if they accepted that the culture and demographics of an audience were relevant when risk-assessing the likelihood of the audience causing crime and disorder.

Andy Freeman, from the Sussex Police press office, said: “The decision about the licence is made by the Brighton and Hove City Council’s Licensing Committee, not the police.

“The other issues you have raised are being considered as part of Sussex Police’s formal response to the application, which will be submitted within the 28-day consultation period.

“We will not be commenting further in advance of the meeting of the Licensing Committee.” 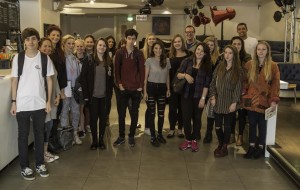 “I have written to Brighton and Hove police commander Nev Kemp and I hope that any police concerns about the application can be resolved during this consultation process.”

Brighton and Hove City Council’s licencing policy which is in the process of being reviewed states that: “It will support diversity of premises: ensure that there is a mix of the different types of licensed premises and attract a more diverse range of customers from different age groups, different communities and with different attitudes to alcohol consumption. It gives potential for positively changing the ambience of the city or an area of it.”

You can sign the online petition which has attracted more than 1,900 signatures in support of the Synergy Centre here, hosted by change.org. You can write to Sussex Police and Brighton and Hove Council Licensing Committee to express your views before Tuesday 16 February when the consultation closes.