Police are searching for Harvey Moses, who is wanted for recall to prison after breaching the terms of his licence. 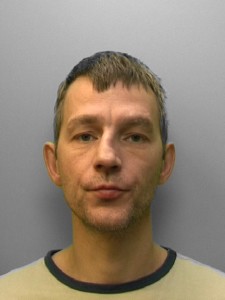 The 44-year-old was released from prison for fraud and theft offences in December, but has since failed to comply with licence conditions and is now wanted on recall to prison.

He is believed to be homeless, and moving around between Brighton, Seaford and Newhaven.

Moses is described as 6ft 1in, of slim build, with brown hair and brown eyes. He has a tattoo on the back of his neck which reads “Jack”. He also has a distinctive nose, which is significantly off centre, as though broken.

Anyone with information about his whereabouts is asked to email 101@sussex.pnn.police.uk or call 101, quoting serial 1494 of 20/01.

Anyone who sees him is urged to phone 999 immediately and ask for police.